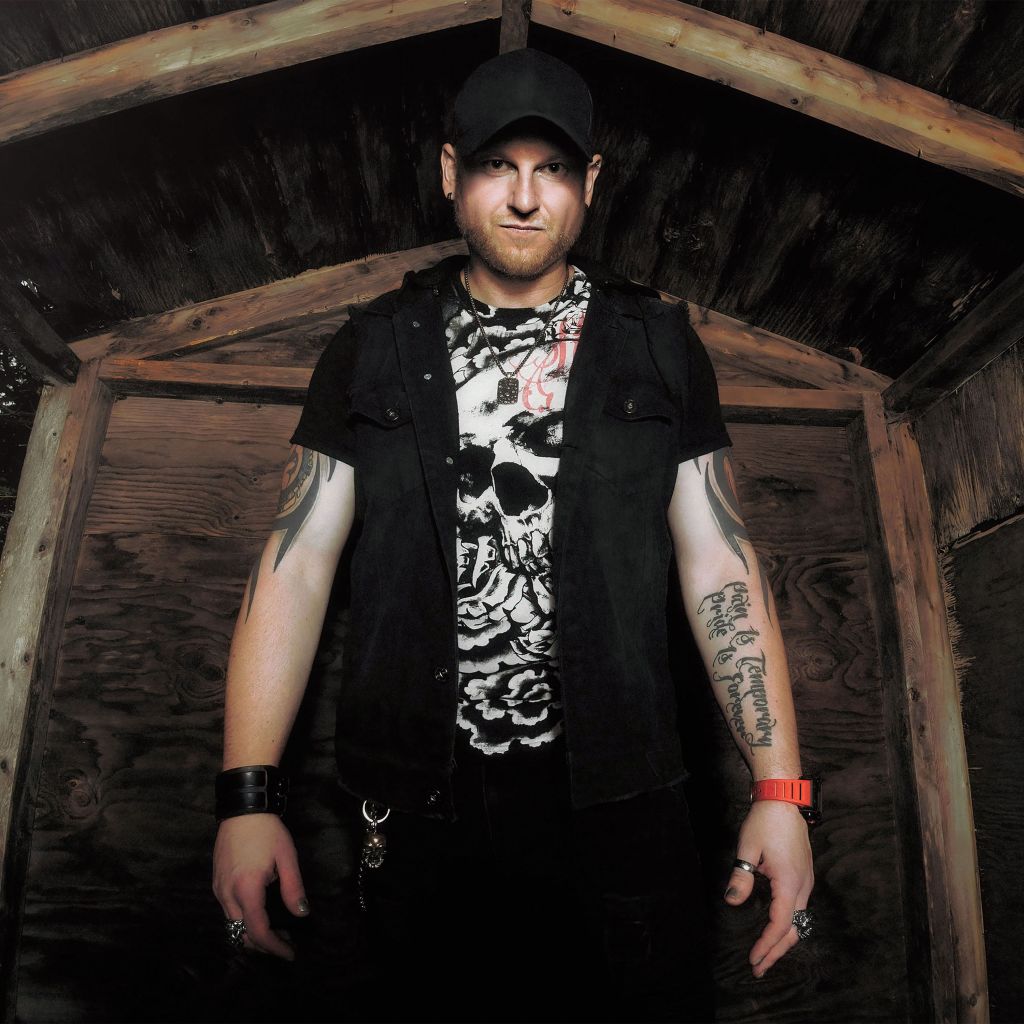 Craig Ewan is a self taught Singer/Songwriter and Mental Health Advocate from the very musical country town of Uxbridge, Ontario, Canada. After purchasing his first electric guitar in an auction at age 16 (a Jolly Rancher Red acrylic BC Rich Bich) he would go on to emulate the writing and playing styles of Mark Tremonti (Creed, Alter Bridge), Richard Patrick (NiN, Filter), Aaron Lewis (Staind), Chad Kroeger (Nickelback) and Jacoby Shaddix/Jerry Horton (of Papa Roach). To this day these musicians and their rock bands have an ever evolving influence on his current writing and musical taste. After learning the basics of guitar and minor theory his main interest evolved into singing.

Dead Defined is a solo project instrumentally written and sang by Craig Ewan. It is produced and engineered by Mike Dmitrovic of Voodoo Records Canada. Dead Defined is a melting pot of the many musical influences that have guided Craig to hone his own style in this ever evolving music industry. Below there is an interview with Craig in which he talks about his music and what are the plans for the future.

Introduce your band, and describe your latest release:
Dead Defined was formed in 2018 and is a solo Pop/Rock/Industrial project. It’s instrumentally written and sang by myself, Craig Ewan. It’s more or less an amalgamation of all my favourite styles of music focused into one place. I chose to use a band name as I find naming projects after yourself tend to lead to inner turmoil within a band as players also need their recognition and time in the limelight.

What’s the hardest part about being a band in this day and age?
Consistency and growing a fanbase. Social Media has brought upon a whole new level of fan interaction and the need to always entertain and update about the bands ongoings. Being relevant and in tune with your audience is a big part of growing your fanbase and listenership. I feel that fans and listeners do want updates on your day to day life as it used to be somewhat of a mystery before. Instead of not really knowing who you are, they want to know more about you and how your music came to be.

When did you realise that your project had the potential to be much more than just a fun idea?
Once I started getting feedback from higher ups. I initially sent some demo ideas to a few respected people in the industry who were great at giving constructive criticism. They convinced me to give it a shot so I wrote a few songs and started my ongoing solo journey from there.

Tell us about your latest release, why should we check it out?
My latest song release is entitled ‘A Sun That Doesn’t Rise.’ It’s for anyone struggling with Addiction, Mental Health, Loneliness and Relationships. ‘A Sun That Doesn’t Rise’ was written on the basis of all these life hurdles that the everyday person deals with on the inside. This song goes out to all those who continue to push on in life through the pain, sorrow, and darkness. I wrote this song from life experience and hope it resonates with people from all walks of life. There can be no light without darkness.

How does a song typically come together for you?
From my head to my iPhone, ha. I typically record every idea I have whether it be a guitar riff, catchy hook or lyrics into my phone. I never typically just sit down and write. It’s always out of nowhere while driving, out of boredom or feeling something that influences me to create in that moment. I usually piece everything together in studio. It’s almost like a jigsaw puzzle to be honest.

How would you describe your sound to an unfamiliar reader?
I like to describe my sound and style as Pop/Rock/Industrial. I have way too many influences when it comes to narrowing myself down to just one musical style so more or less it’s an amalgamation of many genres and artist influence. The reason I chose to create this solo project was also to be able to experiment with different sounds and bend the mould when it comes to my own typical rock’n roll writing style. 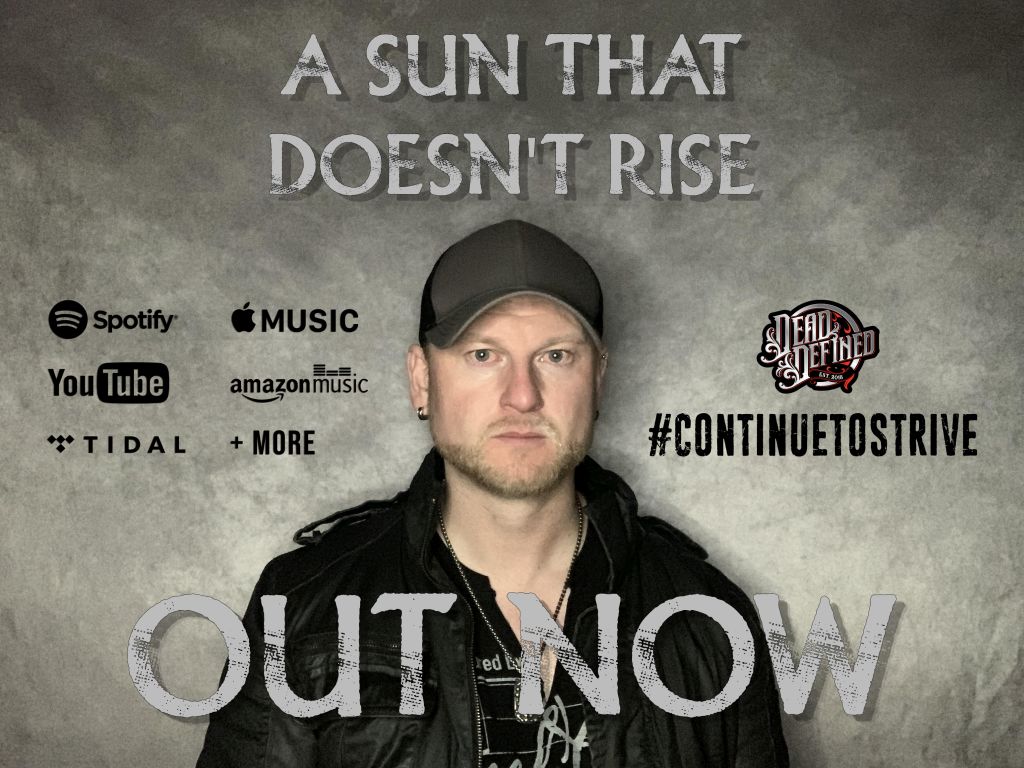 What do you want listeners to take away from listening to your band?
Positivity and a message that the everyday person can relate to. I used to write very metaphorically lyrically, but it seemed to never resonate with anyone that could relate. With my more recent writing I have stuck to my inner thoughts and feelings and let them out on the page. I find now that if I write from my own current headspace and where I’m currently at in life, more people do actually connect with it. Sometimes overthinking the ‘artsy’ side of things doesn’t always pan out.

Where would you really like to tour that you haven’t done so yet, and why?
I’d love to tour the US as that’s where my main musical influences and fanbase are mainly based. I’m a Canadian act that plans to keep this as a studio project for now but if there is demand for live shows or tour, that’s never out of reach.

How would you say that the sound of your band has progressed over the years?
I started this solo project in 2018 so it’s had a bit of time to grow. It’s more of a part-time thing for me but musically it lets me experiment with different ideas all the time. Having so many musical influences, it’s a great way to experiment with new ideas and not having to stick to just one formula.

How excited are you for 2022, and what can fans expect from you?
I’m currently still promoting my latest single ‘A Sun That Doesn’t Rise’ that was just released on April/1st/2022. For anyone struggling with Addiction, Mental Health, Loneliness, Relationships… this one’s for you.

Thanks so much for the chat and hope to catch up with you again in the near future, Much Love.