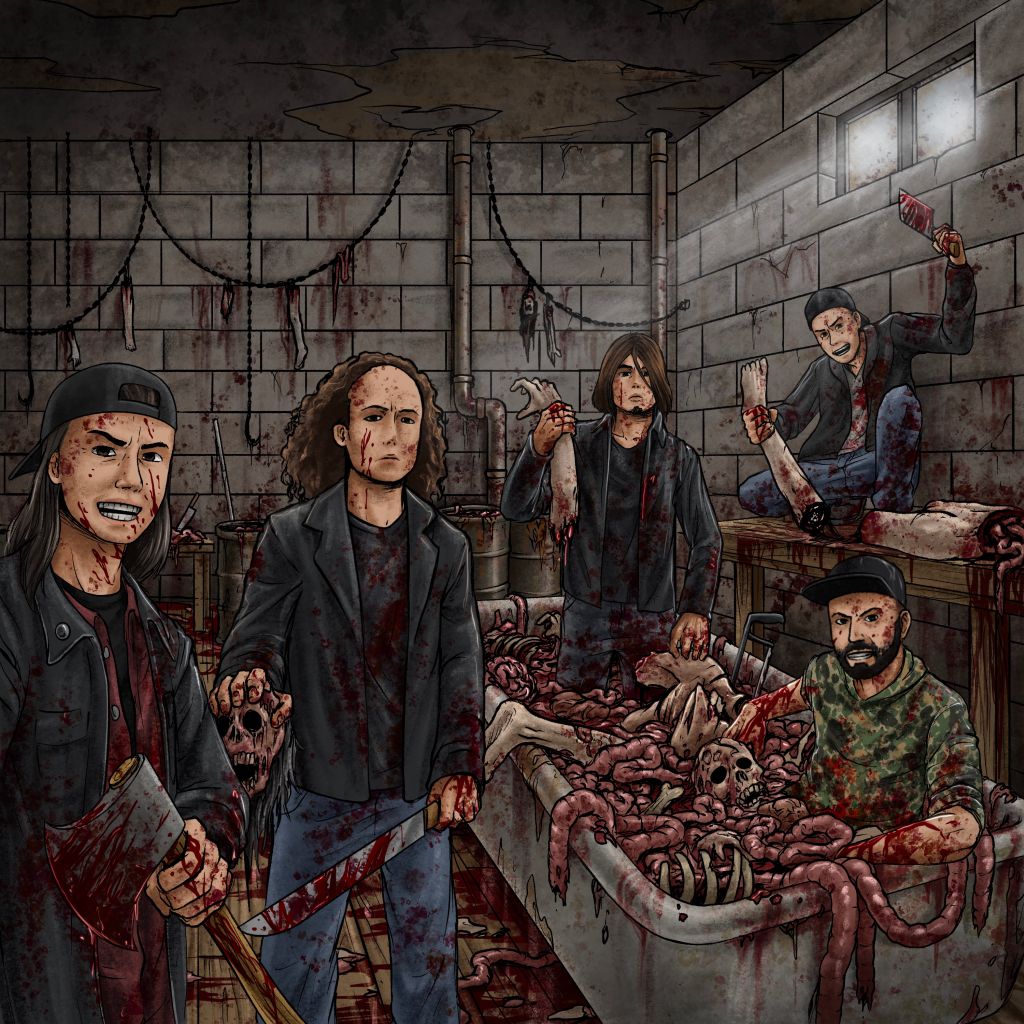 In 1988 A.D., 5 young men from Berks County took an oath to alter the realm of music for eternity. Armed with their bestowed weapons, Todd the microphone, Rich the drums, Bill and Sean each a guitar and Dave the bass, they forged songs that would devastate Reading PA in ways yet to be recovered from. At first, they paid homage to their gods, Carcass, Entombed, Obituary. Then, they strayed from the path, blazed their own and obliterated all that faced them.

For almost 2 years from atop the heap of failed opposition, they mastered their magic and branded themselves as Threnody. In late 1990 they unleashed a six-song slaughterhouse,Internal Infestation, that none could surpass. Hordes of the instantly enchanted demanded a relentless campaign of live performances that only honed the band’s lethal skill. Their sharpening stone was Reading’s only all age club, Unisound.Once the initial wave of destruction began to settle, they crafted more songs and recorded another EP that was destined to be a bloodbath to all that dared to listen. Due to a destiny beyond their mortal control the EP was never released and these fallen pioneers were cast unto separate worlds.In 2020, in the midst of a global pandemic, Bill decided to try to recruit the original members to once again light the torch and re-do the songs circa 1990. Sean and Dave were able, Todd and Rich were not. They had their own kingdoms to govern. Under a friendly flag, Harry in the UK and David from Ecuador were enlisted to do the vocals and drums respectively. With the world on lockdown and virtual life now normal life, Threnody galvanized 8 songs from 30 plus years prior, not re-written but re-visioned, in their first full length LP, Rid of Flesh. Let it rip.

Introduce your band, and describe your latest release:
We Are Threnody from Reading, PA Originally now we are kinda scattered throughout the US. Our latest release is called “Rid of Flesh” Its Old School Death Metal a combination of a couple songs from our 1991 demo “Internal Infestation” and some Unreleased tracks we did from a 2nd album which was never releases called “Rid of Flesh/Maggot Feast

What’s the hardest part about being a band in this day and age?
For us its getting together. We all live in other states and our singer live in Whales. So needless to say it takes a lot of planning to get stuff done

When did you realise that your project had the potential to be much more than just a fun idea?
Once we released it. The reception was amazing, and we are fully grateful. We always new these songs had something especially due to the fact they are 30yrs old, but had no idea it would get the attention it has.

Tell us about your latest release, why should we check it out?
If you like Old School Death Metal, and a different approach to it, this is the album for you! The Album was Mix/Mastered by The Machine at The Machine Shop (Notable works include: Lamb of God, Clutch and many more) It will take you on a ride from beginning to the end 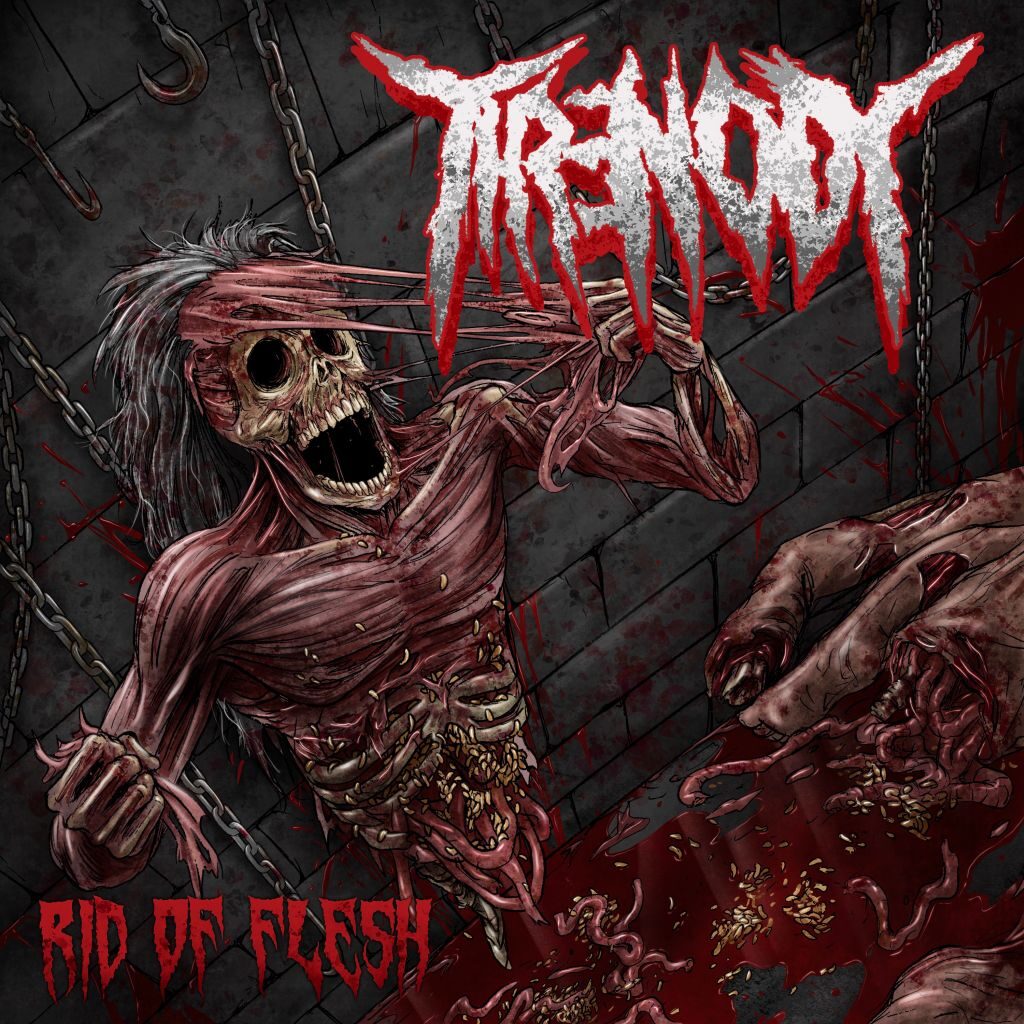 How does a song typically come together for you?
I (Bill) Guitars usually will come up with some riffs, present them to Rich and Sean and then we all work together arranging the music and everyone will add their piece to it. Dave (Bass) will write the lyrics and arrange in the songs. Once all complete we send to Harry (Vocals) to do his magic.

How would you describe your sound to an unfamiliar reader?
Old School Death Metal, Heavy influence by Metallica, Death, Napalm Death and Obituary all bands that influenced us when we started some 30yrs ago

What do you want listeners to take away from listening to your band?
We hope they take away that they are well written and catchy songs. We just hope everyone enjoys it as much as we do.

Where would you really like to tour that you haven’t done so yet, and why?
Europe, They just have a different type of respect for the genre over there. Considering a lot of the music we listen to is from over there.

How would you say that the sound of your band has progressed over the years?
We have become more mature players, 30yrs ago it was “How fast can we go” which is great but now we spend more time on our craft and try to write the best songs we can but also staying true to our sound

How excited are you for 2022, and what can fans expect from you?
Super stoked! We are planning a couple shows, and we are also working on new material, as well as some videos.