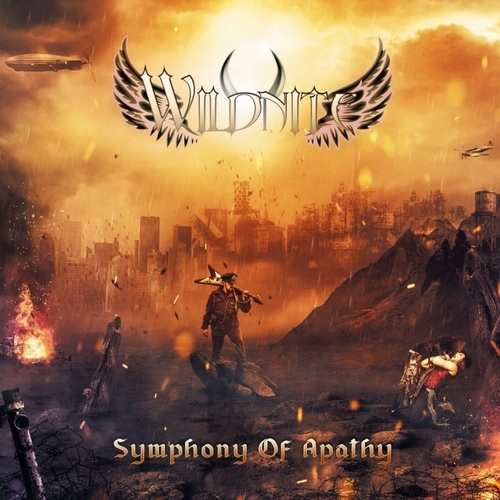 WILDNITE – Symphony Of Apathy – Out Now

6th of May was the release date of the new concept album “Symphony of Apathy” by the Norwegian melodic hard rockers WILDNITE.

The story is mainly based on a fictional family drama between a father, mother and their newborn child. After a war participation, the-father gets diagnosed with PTSD. Since he doesn’t receive the help he needs he develops a drug addiction which brings the family to a place of chaos and despair… After a long time with physical and mental abuse, the mother can no longer stand the thought of life. The story ends with the father being taken care of, but in the wrong way. He gets medicated to the point where he doesn’t know the difference from fiction and reality. This results in a child that is left with one mentally and one physically absent paren.

The stories’ most important message is the importance of psychological healthcare. A sickness of the brain can after all be just as contagious as a flu.

Listen to the album here:

The record is very versatile and contains everything from heavy riffing to catchy choruses and slow ballads. Even though it’s nothing like we’ve ever done before it still has the good old Wildnite sound that our fans appreciate, but maybe in a more grown-up matter.

The wheels started rolling in 2016, when they played at Rockefeller and won the Oslo-finals in one of the world’s biggest band competitions “Emergenza”. In 2017 they won another competition arranged by Tons Of Rock and Metalhammer, where they won a scholarship and got the honor to play at the Tons Of Rock Festival with bands like Five Finger Death Punch, Slayer, Airbourne and many more. Wildnite really delivered the goods at the festival, and it was a memorable experience for both the band and the audience. After the release of their debut album in April 2018, the band spent the rest of the year touring and playing concerts, which includes tour with Åge Steen Nilsen’s Ammunition and a headliner tour in eastern Europe. The band has played with bands like Hardline, Michael Monroe, TNT, Backstreet Girls, Chris Holmes (Ex. W.A.S.P.), Electric Boys, Quireboys, Hank Von Hell, Uli Jon Roth, Gus G and Ronnie Romero to name a few.

PICTURE ANN CONJURES UP A VISION OF A LONELY MOORLAND