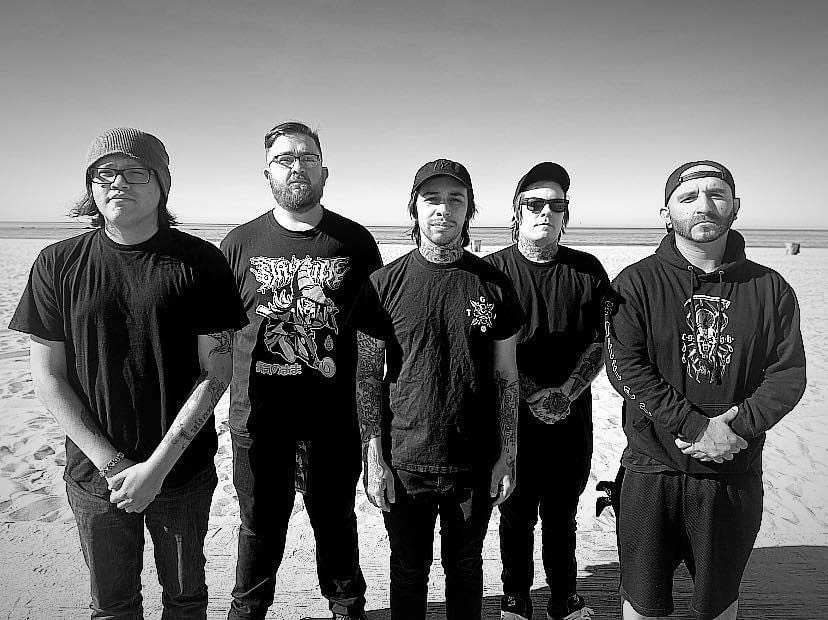 Interview with A MOMENT’S NOTICE, a new metalcore band from Sacramento, a band who is slowly but surely gaining a lot of attention for their powerful and energy filled songs and who surely has a lot to offer in the future to come. Read below about their recent releases and plans for the future

Introduce your band, and describe your latest release:
My name is Greg Molina, I’m the vocalist of a metalcore band based out of Sacramento, California named A Moments Notice. The latest release for us was our second single “Endless Waltz” back in December of 2021, mixed and mastered by Nick Miller of A Skylit Drive.

What’s the hardest part about being a band in this day and age?
The marketing and the getting engagement from fans I think is tricky, but the hardest for a newer band is getting on shows is tricky. I would imagine it gets easier when you gain more of a following but when you are under 5k monthly listeners i feel like it might be a little harder.

When did you realise that your project had the potential to be much more than just a fun idea?
I had an idea after we released a teaser of the second song coming out, the band was just two members but after that release it became a full band. I realised this was gonna have so much more potential when we started recording the record, I just knew that we were going to go far.

Tell us about your latest release, why should we check it out?
Our latest release was “Endless Waltz” the song is about trauma and i like to bring awareness to PTSD being a former vet i feel people don’t understand fully what goes on in our minds and i think a lot of people can feel the emotions in the song knowing that the message is to shed some light.

How does a song typically come together for you?
As a band recording skeleton ideas for songs is kinda our recipe and it’s been working really well. I take the ideas that the guys have and I start looking for what is the vibe of the song we are going with. Once the song is put together then it goes into a revised mode where we all sit there and listen to it and start trying to find where we can update parts and change things to create a better impact.

How would you describe your sound to an unfamiliar reader?
I would describe our sound like old school metalcore with a new age twist. As a band we implement a few other styles into our play style to allow the songs to not be just the generic metalcore sound.

What do you want listeners to take away from listening to your band?
I would like our listeners to know that each song has a message, I never try to be too straight forward and allow the listeners to get an idea of how they relate to the song rather than me forcing the message to them.

Where would you really like to tour that you haven’t done so yet, and why?
I would love to do a Europe tour, we have yet to do a tour since we have been a band for only 7 months but the feedback that we have received from fans has been mindblowing. Europe is special to us because some of us have been to it. We can say from what we saw Europe’s shows alone are wild and look like the most fun you can have at a show.

How would you say that the sound of your band has progressed over the years?
Well because we have been a band for only 7 months i would say after all the months of being a band we grow as a group every time we are writing. The record we are recording is almost done and by the end of this I would not be shocked if we start writing more music and become that much better.

How excited are you for 2022, and what can fans expect from you?
As a band we are excited beyond belief for 2022, I know that we have a lot in the works for this and we are hoping that we can do some more shows and maybe a little bit of travelling. Fans can expect a record, few music videos and new merch with some pretty awesome shows lined up. Hopefully with some out of state offers for us to go to.