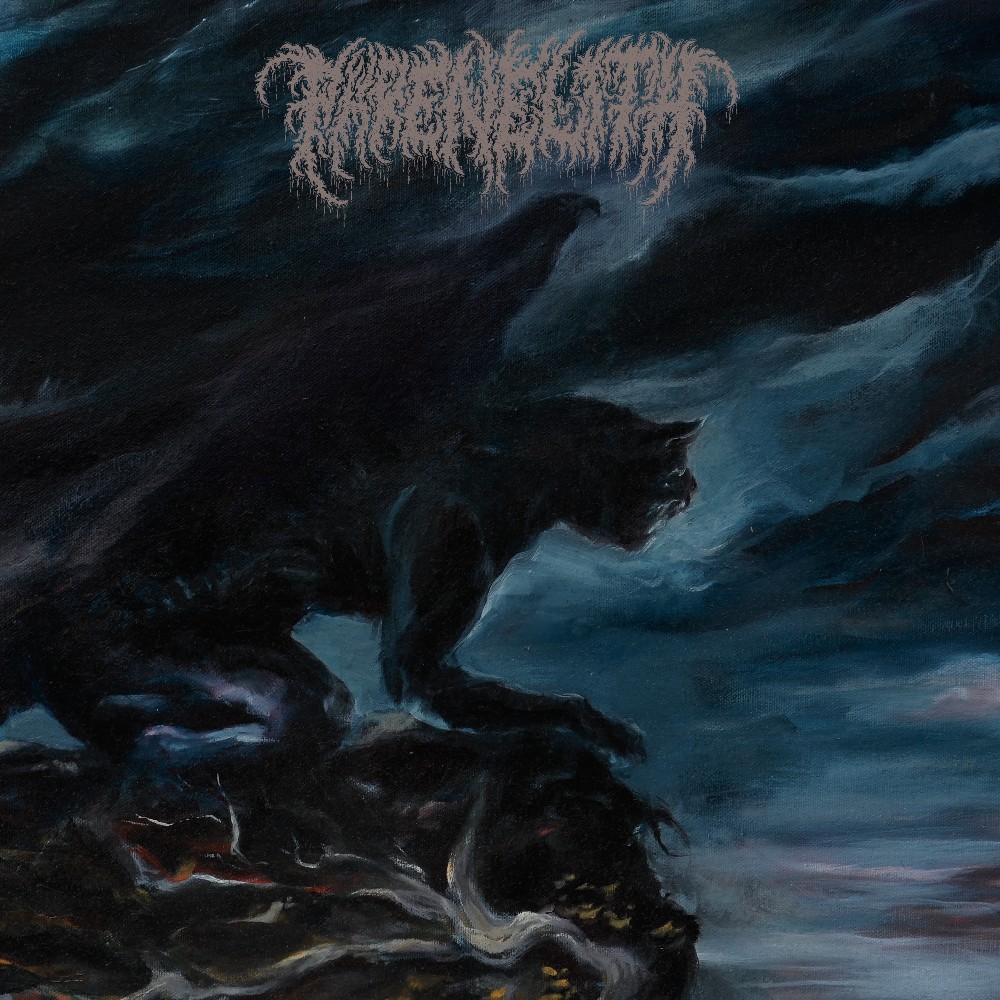 Now, these Danish deathmetallers took me completely by surprise with their catchy but grim brand of extreme death bordering on thrash in the vein of ancient Sepultura, Morbid Angel, Malevolent Creation and Asphyx, a high level of proficiency in songwriting and execution barely on their second album in the 8th year of their existence. “Chimaera”, Phranelith’s second album after “Desolate Endscape”²⁰¹⁷, to quote the promo, comprises seven songs of bludgeoning extremity, with lyrics heavily inspired by the darker terms of Greek mythology and shows a horrid-yet-familiar visage, even if it’s not consistently excellent.

Phranelith may consist of just three members: David Buch “Torturdød” Mikkelsen (vocals, rhythm guitars), Simon Daniel Larsen (bass, vocals, lead guitar) and bassist Jacob (plus possibly Vastum drummer Chad Gailey performing as a session musician) but already the 7 minute opener, “Awakening Titans” makes them sound like at least a quintet, with its epic beginning, fast middle and equally epic conclusion, easily my favorite track. “Chimaerian Offspring – Part I” is shorter but tighter, melodic and consistently catchy and will likely make you wonder why Morbid Angel no longer sounds this good. The murky but powerful mix & mastering of Greg Wilkinson (Autopsy, Vastum, Necrot, Ossuarium) shows forth its sheen on the instrumental “Phlegethon” highly reminiscent of The Chasm, while the second instrumental, “Χίμαιρα” recalls the acoustic mastery of ancient Opeth. “Gorgonhead” has that primitive catchiness of “Schizophrenia” Sepultura, but “Kykytos” is short and disappointing despite that melodic slow down which could have come from Hypocrisy or Deceased, completely obscured by the massive epic closer “Chimaerian Offspring – Part II”, which brings Black Sabbath eponymous debut to mind for the creepy atmosphere, the track both a summary statement of knowledge, skills and abilities of members and a fitting response to the opener.

Despite its inconsistency in songwriting, “Chimaera” is a short but a very good album from a band that is poised to take the death metal scene by storm, and, above all, they are almost effortlessly original and comfortable in their own skin.