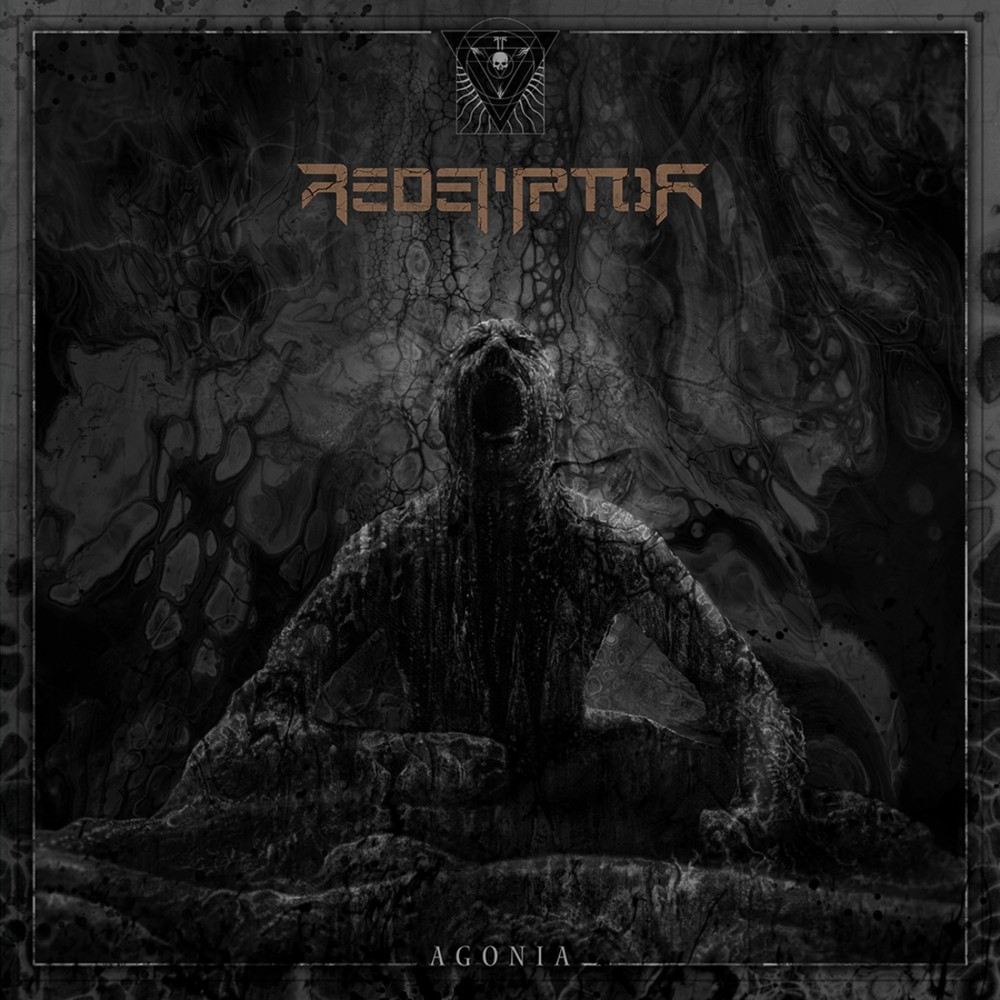 It seems that with the increasing sectarian influence in the Polish government new extreme metal bands arise to join the Satanic Trinity of Vader, Behemoth and Azarath in defiance. Crakow’s Redemptor may not have such obvious leanings as the aforementioned, why, their philosophy may even be purposely shrouded in ambiguity between the light and darkness, but their skills and execution on display for the 4th full length, “Agonia” (Polish: agony) make them worthy of joining the resistance, despite the too close and too obvious emulation of the New Zealanders Ulcerate.

By no means a new band, Redemptor was formed in 2001 by ex-Sceptic guitarist Daniel Kesler (Only Sons, Sothoth ex-Sceptic), recording two demos two years after: “Looking For Violent Advance” and “…and Fracture In Human Heart” with its first lineup. After the debut album, “None Pointless Balance”²⁰⁰⁷, vocalist and guitarist Łukasz Sputowski was replaced by Wingless vocalist Michał “Xaay” Loranc (known internationally as the artwork designer for Behemoth, Necrophagist and Nile among others). “The Jugglernaut”²⁰¹⁴, the critically acclaimed second album followed and the former Decapitated bassist Hubert E. Więcek (guitars) joined for their most successful album, Arthaneum²⁰¹⁷, Redemptor’s third but the first for Selfmadegod Records which also released the kind of “best of yore” compilation “The Becoming [2005-2012]”²⁰¹⁸, and, finally, the “Agonia” sessions saw additions of Deivos bassist Kamil “Szwed” Stadnicki and Hate drummer Daniel Rutkowski as well as contributions of viola from Monika Boroni and orchestral arrangement by Dominik Wawak on the song “Debris.”

By the band’s own admission, Redemptor entirely focuses on creating an overwhelming, dark atmosphere which expresses fear, anguish, and despair in the flood of strange and bleak arrangements, the peculiarity floating inertly towards the abyss, and, boy, this is no idle threat as that is exactly what you get on “Agonia”, in atmosphere and mood Redemptor even exceeding their aforementioned peers, but when you consider their biggest and the most obvious influence, Ulcerate, you’ll be split between admiration and slight displeasure but we’ll get to that shortly.

Undeniably, while the opener is kind of average, “Potion Of The Skies” is very good, less Ulceratian and more Katatonic in rhythm and atmospherics. “Further From Ordeal” enchants with its catchy mix of Gojira and Hypocrisy, but it’s the very Ulceratian and early Machine Heady “Excursus Ignis” that puts me in a bind: I could either marvel at the mastery or bemoan the very close similarity to the point of illusion of listening to an actual Ulcerate album, and, thankfully, I choose the former because the song is too excellent to care about the latter aspect. Besides, as soon as another highlight, “Wounds Unhealed” comes on you’ll likely forget all the displeasure, a monstrous track which brings Nevermore, Hate Eternal, Morbid Angel as well as “Novella Reservoir” Novembers Doom to mind. Still, the downright apocalyptic closer, “Les Ruines De Pompei” is hands down one of the most perfect death metal compositions I have ever heard, with reminiscent old Opeth, Behemoth and Ulcerate layers upon layers while retaining its own identity. Had Redemptor been this good on all 9 tracks this would have been an easy 6/6 but they aren’t, which brings me to the flaws.

In the end, that they are very similar to Ulcerate or Novembers Doom (“Wounds Unhealed” is practically “Rain” Pt. 2) is to their disadvantage when it comes to scoring the album, but that aspect isn’t really as influential as the inconsistency in songwriting, with “Tectonic Plates” and “Tar” the least impressive tracks on the album and, outside of the standouts, the rest just very good, for the overall impression as if Redemptor didn’t try consistently too hard to impress. But for what it is “Agonia” is still still well worth your time and money plus they are already better than anything Vader can currently offer.