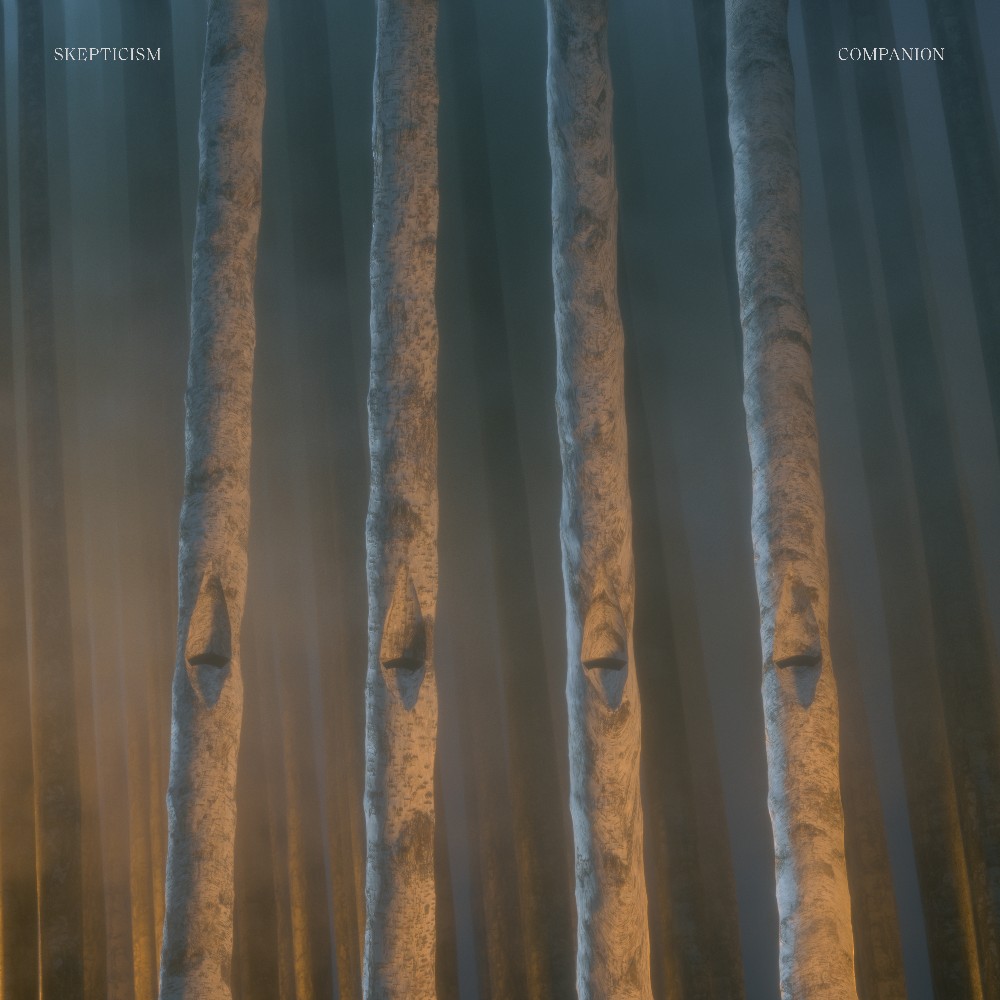 Although Skepticism is somewhat of an ancient funeral doom metal authority, one of the pioneers of the genre, I, for one, found the seemingly universally regarded as a masterpiece debut “Stormcrowfleet”¹⁹⁹⁵ (very reminiscent of the first two My Dying Bride albums) a boring literally sleep-inducing experience and the latter works such as “Alloy”²⁰⁰⁸ (which I did review here with a 4/6 score) and “Ordeal” (while admittedly ignorant of both “Lead and Aether”¹⁹⁹⁸ and “Farmakon”²⁰⁰³) only a little more varied and engaging. Frankly, from its inception in 1991 (predating the British Peaceville doom) until 2021, this Finnish quartet of Matti Tilaeus (vocals), Jani Kekarainen (guitars), Eero Pöyry (keyboards) and Lasse Pelkonen (drums) was at the end of my fascination street, to borrow from The Cure song from the fantastic “Desintegration” album. That is precisely why “Companion” is such a slap in the face, as if Skepticism were born again, with suddenly consistently engaging and catchy songcraft and a massive production to bolster this incredible hitherto unforessen turn of events.

Already the opener “Calla”, clearly a pick up where “Ordeal” left off track, dazzles with melodies and changes of pace, relatively to the genre confinements and so the magic is on for half of the 6 track album as Mar De Grises, Swallow The Sun, Officium Triste and even mid era Paradise Lost thread through “The Intertwined” and the gorgeous “The March Of The Four” (where the growing tension recalls Paradise Lost’s anti-suicidal anthem “Enchantment”) but it seems Skepticism is done with convention even in their own niche with the subsequent “Passage” a bona fide black metal composition worthy of the mighty Emperor or at least Dimmu Borgir, darkness and tar almost spilling from your speakers. But the crown jewel is the ending, a lusciously multimelodic “The Swan And the Raven”, one neither Paradise Lost nor My Dying Bride would spurn, where Immolation’s “Illumination” peek through between the debut Great Skies Fallen album. The only drawback are the tracks such is “The Inevitable” which seem like the scaled down old Skepticism, but I fully expect this to be rectified on the follow up.

Even though I generally don’t like surprises, I always welcome them in sex and music and the sixth Skepticism album is an example of the latter where I am rather pleased. In every way, this is a huge step in the right direction and I challenge the band to get even bolder in genre crossing and creativity on subsequent releases so that they can rival even the likes of Mournful Congregation and Swallow The Sun and to that I shall drink a mug of golden Polish beer.