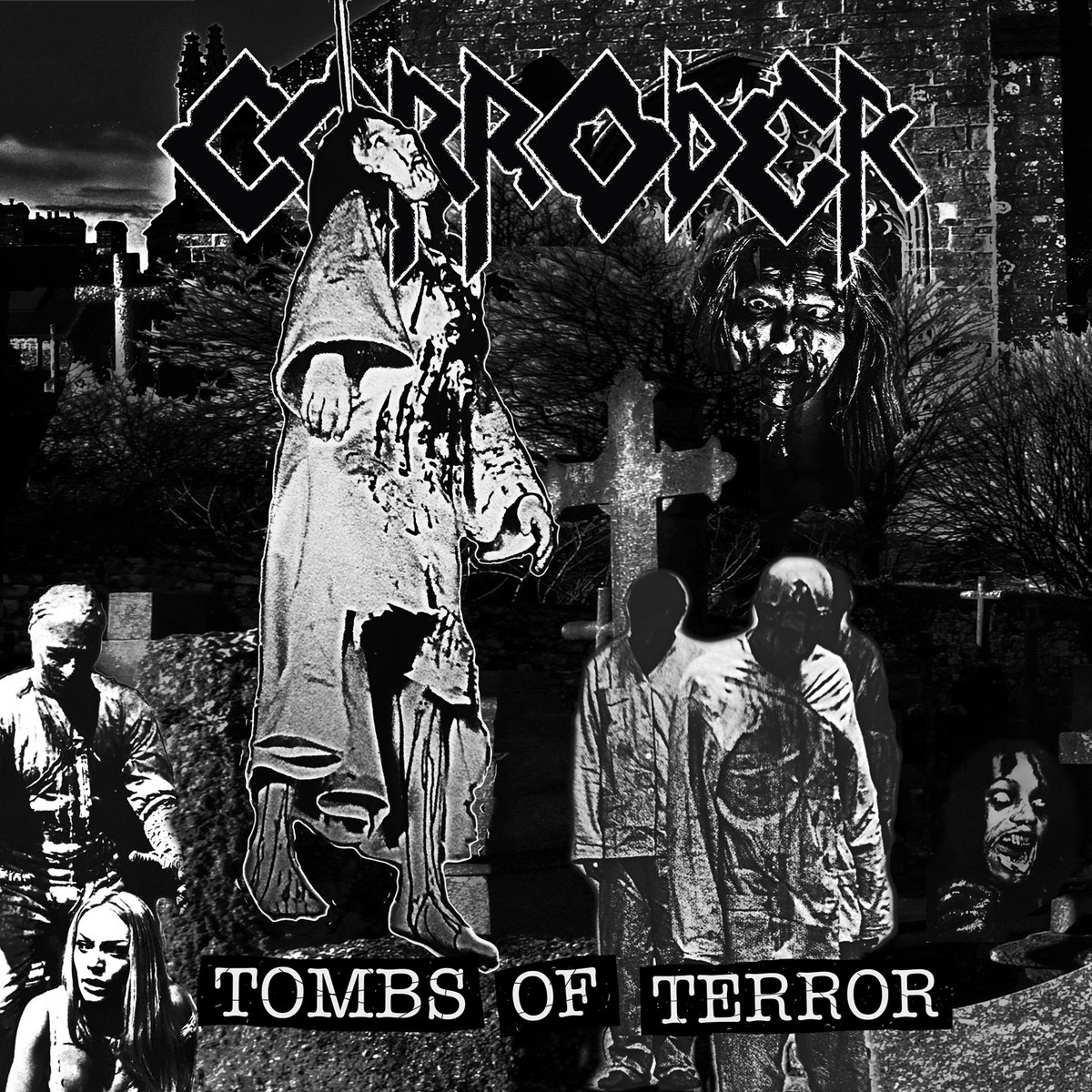 Thanks to the good folks over at heavymetal.no who posted a short news article about Norwegian outfit Corroder’s latest demo EP, I discovered this 5-track grenade and checked it out on Bandcamp only to find that it is just as filthy, vile, and delightfully unhinged as I had hoped it would be. Corroder is a relatively new addition to the metal milieu in the sense that the thrash metal squadron was conceived in 2019, but they have been keeping busy writing sick and violent tunes that will rattle your skull and pummel you to death ever since. Their brand of thrash metal is convincingly old-school and draws heavily on black metal and death metal from what seems like a bygone era, which is to say that there is glorious 80s/early 90s feel to “Tombs of Terror”. The atmosphere is caustic and oppressive, and the songs are constantly propelled forwards by simple yet effective riffs, harsh vocals, and a huge supply of energy and attitude. In some ways, it sounds like an even more extreme version of Aura Noir’s “Deep Tracts of Hell”.

With song titles such as “Death Throes”, “At One with Chaos”, “Scorn for Scorn”, and “Living Hell”, these guys make a compelling case for the fact that humanity is worth less than a postage stamp and that death reigns supreme, and on some days that really appeals to me. No, YOU cheer the fuck up!