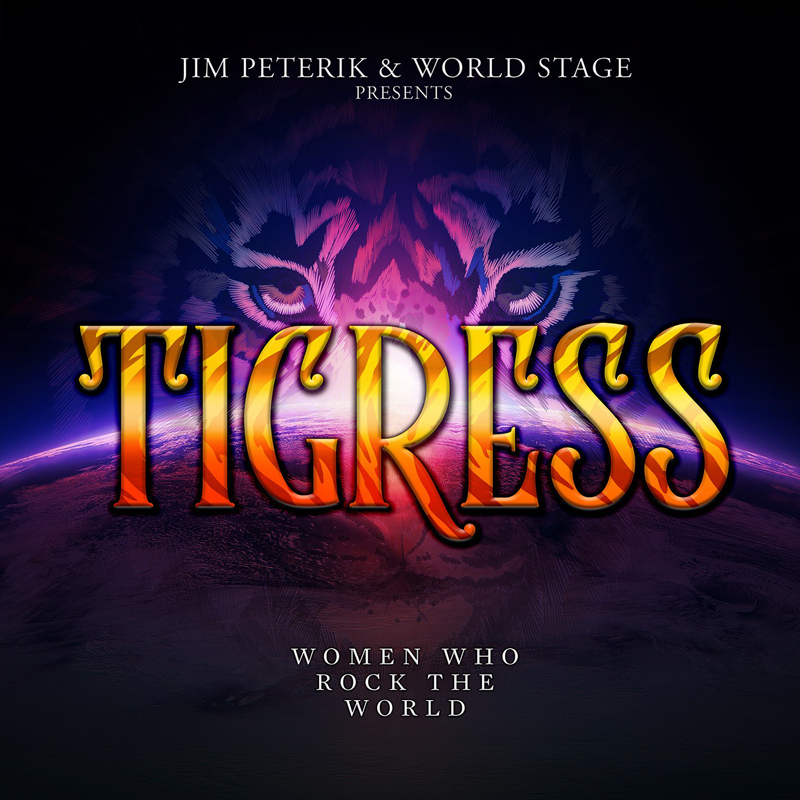 Renowned songwriter and Pride of Lions mastermind Jim Peterik is probably most known for crafting Survivor’s immortal anthem “Eye of the Tiger”, but as evidenced by the latest entry in his World Stage discography, there is so much more to the legend than infectiously catchy AOR tunes with an 80s sheen to them. As its title so neatly suggests, what we have here is an album where the majority of musicians involved are women, which means that each track boasts female vocals, and if you want a crisp yet powerful-sounding mixture of pomp rock, melodic rock, and AOR, then “Tigress” could be just what you need.

Peterik’s unique set of trademarks and characteristics with respect to songwriting permeates the entire record and nobody weaves melodies together or arranges compositions quite like he does. The real treat is the variety of the vocals throughout, and things certainly never turn predictable or stale. However, there are sixteen tracks in total here and I honestly think that twelve or thirteen would have sufficed as a few of them are either unremarkable or simply pale in comparison to the others. “Taller” and “Brave is Beautiful” are arguably the best examples of that. On the other hand, who can resist the energetic rockers “Full Moon Crazy” and “Music in the Aire”, the raunchy “Stronger at the Broken laces”, or the moving ballad named “Lazarus Heart” for that matter? Personal favorites include the spirited “Against the Grain” and the melodically appealing “Living for the Moment”. There is a sense of pomp and bombast to the LP, and it is remarkably cohesive too in terms of tone and atmosphere. Like I said, I could have done absolutely fine without a few of the songs, and the record could have been a leaner, better, and more consistent offering had it not contained superfluous material, but overall, “Tigress” is an enjoyable listen overall boasts many good songs not to mention some glorious melodies and hooks.

MONO – Pilgrimage of the Soul