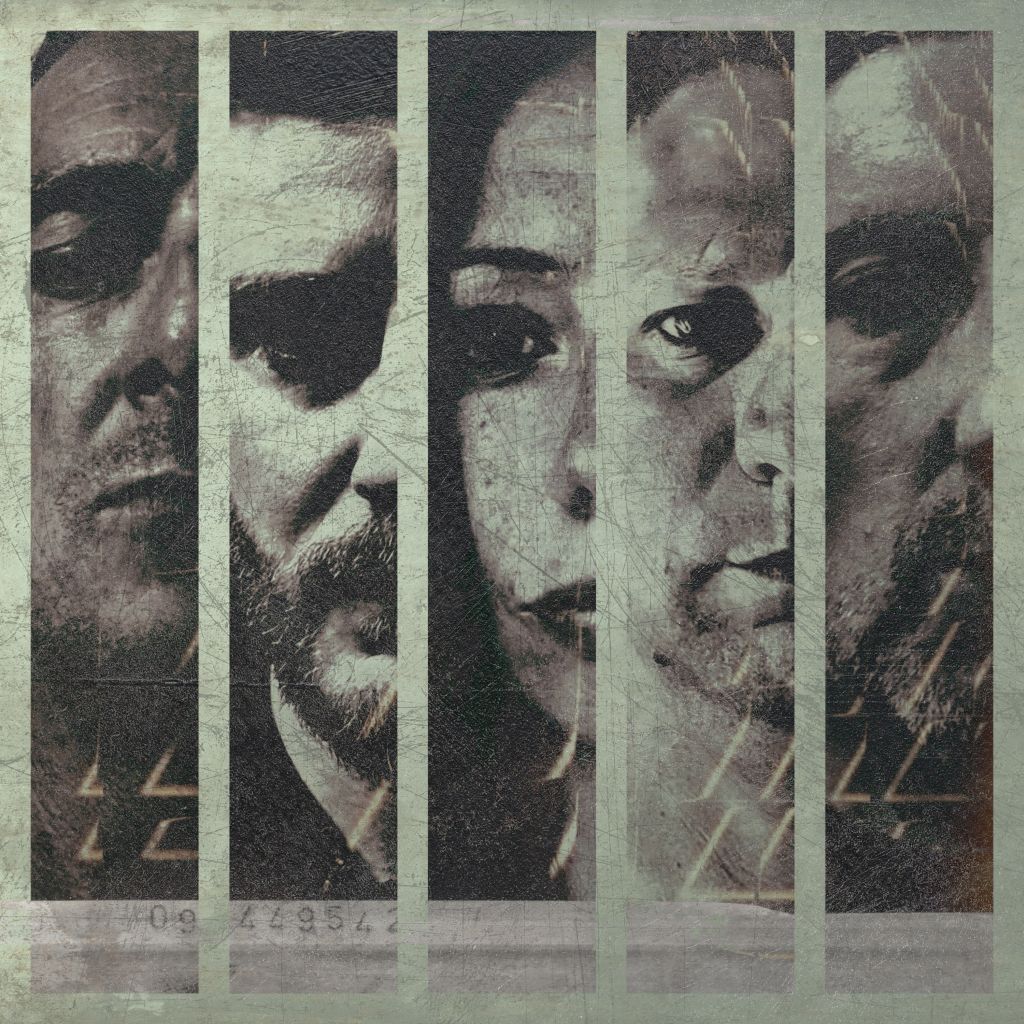 Hellblind, the exciting new project from long-term collaborators Mark Clayden (Pitchshifter) and Paul Fletcher (Romeo Must Die, This Is Menace), are due to release their debut EP ‘A Plague On All Your Houses’ on March 23rd 2022 on Revenger Records via Cargo.

Formed in 2021 due to their frustration with lockdowns and cancelled shows, Clayden and Fletcher made a pact to conjure up the heaviest music they’d ever written; and boy have they succeeded.

Combining the throat of Stampin’ Ground (Adam Frakes-Sime), arms of Romeo Must Die (Will Romain), fingers of This Is Menace (Paul Fletcher), eyes of Pitchshifter (Mark Clayden) and scars of Outside the Coma (Charley Olsen), if Hellblind were a witches brew, you’d expect something dark, unnerving and heavy. But the coming together of these scene veterans has spawned an unholy alliance with a difference.

Produced, mixed and mastered with Scott Atkins (Cradle of Filth, Venom Prison) at Grindstone Studios, their explosive debut EP ‘A Plague On All Your Houses’ sees Hellblind deliver straight-shooting, savage, unapologetic and pissed off metal.

Prior to the release of the EP comes it’s leading single ‘Hitched’, due for release March 11th. Ear-shatteringly aggressive rock at it’s absolute finest, ‘Hitched’ is full of addictively heavy riffs, growling vocals and the odd double-bass drum attack thrown in for good measure.

Speaking about the single, vocalist and lyricist Adam Frakes-Sime states: “Hitched is about the slow build of resentment within a marriage gone bad. The slow unraveling of respect for one another as the constant unwinnable battle wages, amid the feeling of loss of one’s true self to another.”

Hitched is due for release March 11th on Revenger Records via Cargo and will be available on all major digital platforms.

A Plague On All Your Houses is due for release March 23rd on Revenger Records via Cargo and will be available on all major digital platforms.