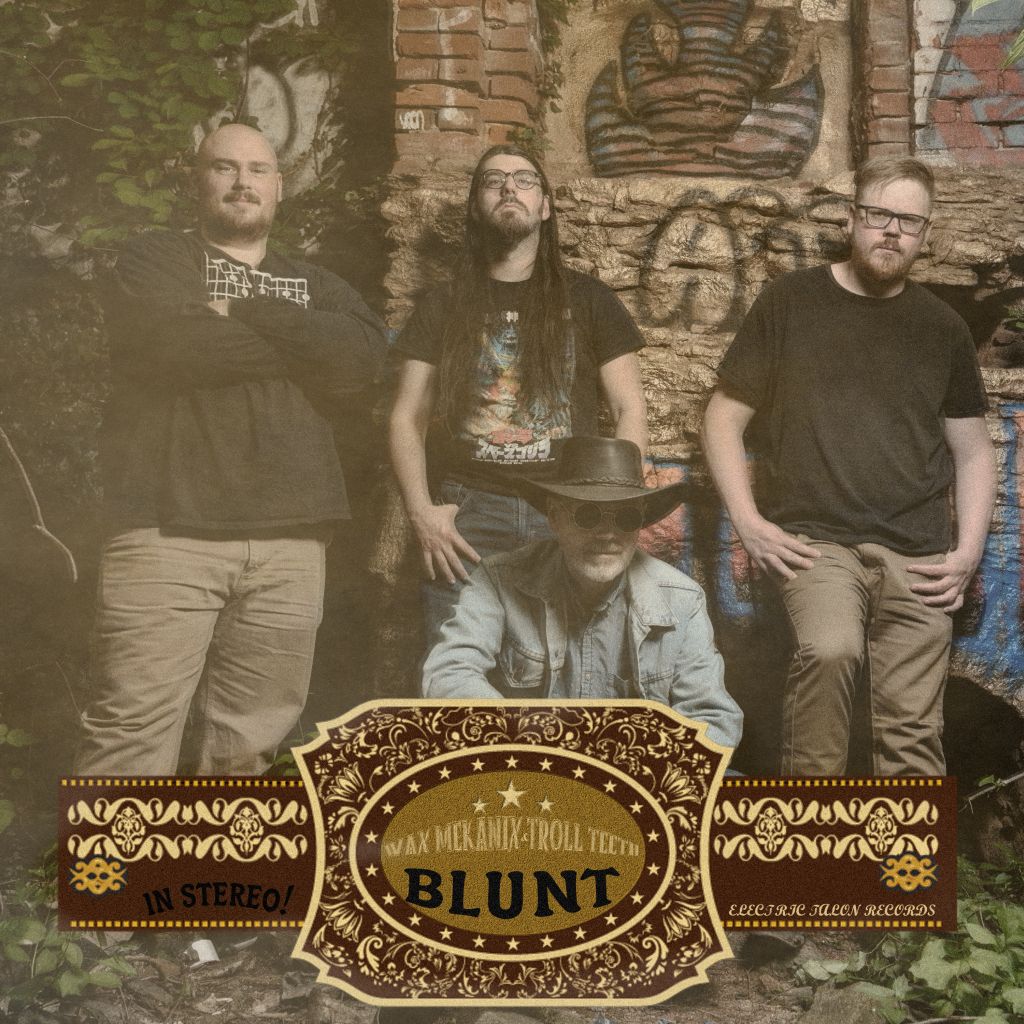 What happens when two Electric Talon artists sit in the same room together? Blunt happens.

Wax Mekanix and Troll Teeth, coming off of their respective 2020 releases entitled Mobocracy and Goes Nowhere, Does Nothing, have teamed up to release one of the most diverse splits of 2021. What happens when you mix acoustic-rooted psychedelia and hard-nosed stoner rock? Well, you’ll soon find out. Upon Wax Mekanix reaching out to fellow label brethren Troll Teeth, both artists set out on a mission to challenge themselves artistically; taking the lull in live music to hone their craft and deliver their fans with something new yet familiar. ""We at Troll Teeth used this EP to experiment a little with songwriting and performing" says Troll Teeth frontman Moe Eccles "We tried to get out of our comfort zone a little more than we normally do." Wax Mekanix follows this up by stating "If you’re expecting Mobocracy version 2.0, or me to pander for streams, followers, eyeballs, or likes by calculating some kind of mind-numbing, mouth-breathing sameness, I ain’t your guy."

Here’s the video for the single "Manchester Straberry Blonde"

Designed by Wax Mekanix and a young adventurous Pennsylvania filmmaker by the name of Alex Wagoner, the aim of the video is to capture the disconcerting personality of the track’s sonic and thematic characteristics juxtaposed with the calming natural setting of rural wooded America.

Artist states "’Manchester Strawberry Blonde’ is the manifestation of the heartbreak I feel everytime innocents are
visited by senseless harm, inflicted in a cold-blooded way by others convinced that some kind of violence
will move what is perceived as an important needle, toward their deluded preference. Every instance is
uniquely gut-wrenching, breathtaking, and brutally bizarre."

From the almost tribal backbeats of "Freak Boutique" and "Head", to the hard nosed in your face fuzz of "Barbs on the Wire", Blunt will leave your ears feeling satisfied and itching for more from each of these artists. Blunt is be available on all major digital platforms courtesy of Electric Talon Records

HELLOWEEN – animation clip for ‘Out For The Glory’