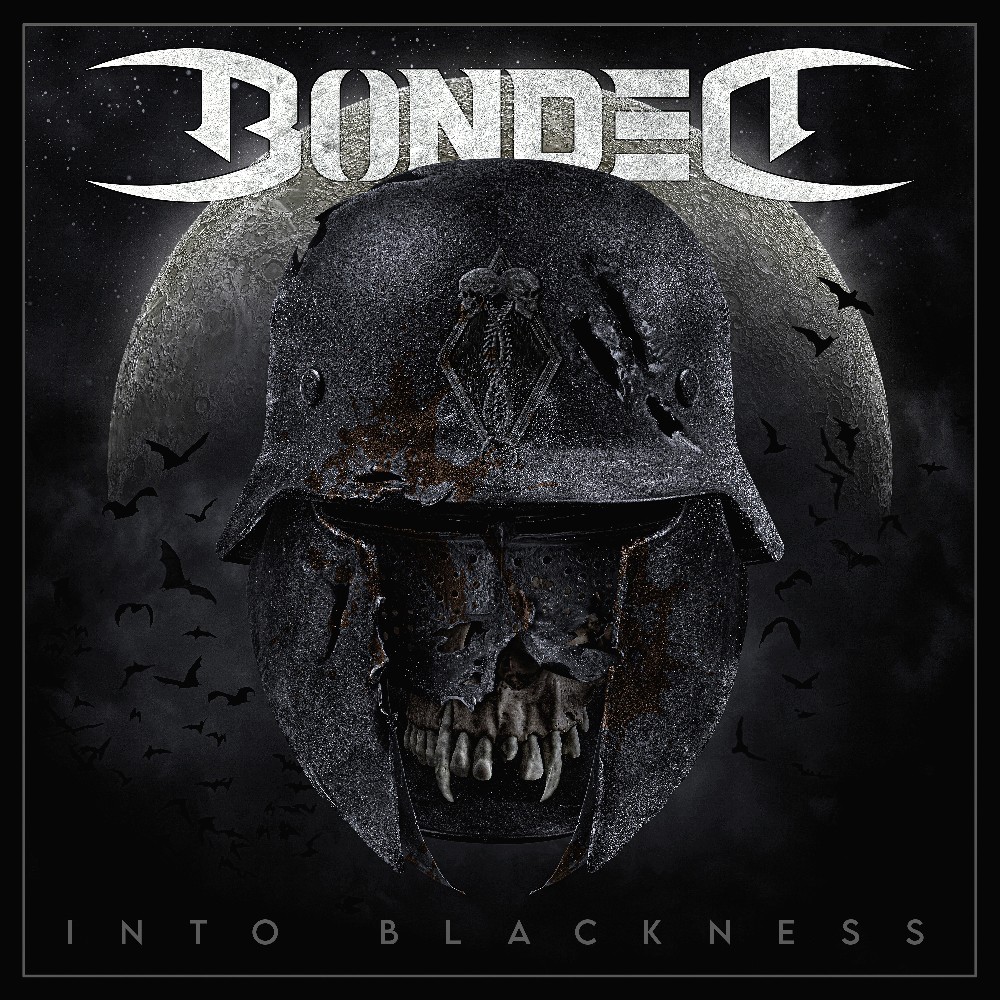 You would think that a band formed in 2018 by former members of the thrash metal icon, Sodom, Bernd "Bernemann" Kost (Guitars) and Markus "Makka" Freiwald (Drums) would simply sound like its extension, especially given the production handled by the same Cornelius "Corny" Rambadt at Rambado Recordings who produced Sodom, but Bonded, currently consisting of by Ingo Bajonczak (vocals), guitarist Christos Tsitsis and Marc Hauschild (bass) in addition to the aforementioned ex-Sodomites, sounds more like a hybrid of Kreator and Mastodon on their second, after "Rest In Violence"²⁰²⁰, full length (released on November 12th) with some San Francisco Bay Area influences and more, for one of the best sounding and memorable thrash metal releases this year.
Bonded being North Rhine-Westphalian Germans from Dortmund, just about 40 km from Kreator’s hometown, Essen, may explain their similarity in sound but it is not so much that they sound like Kreator but have the same vibe, power and songwriting engineering as the Esseners (and, yes, it helps that Kreator is one of my favorite thrash metal bands). The title track, or rather, "Into The Blackness Of A Wartime Night", easily the album’s finest and catchiest tune, is a case in point: razor sharp, brutal and fast riffs and insanely catchy melodic chorus repeated often, as is the similarly brillantly structured video single "Lilith (Queen Of Blood) such combination would fit snuggly on "Enemy Of God"²⁰⁰⁵ or "Phantom Antichrist"²⁰¹² as would the not so catchy but still powerfully unnerving "Division Of The Damned" but Bonded, like Kreator, is wonderfully more ambitious than to merely churn out classic Teutonic thrash. For instance, "The Holy Whore" combines John Bush era melodic Anthrax with Mastodonian "weird riffs" known from "Blood Mountain"²⁰⁰⁶, something expanded even more on "Destroy The Things I Love" while "Ill-Minded Freak" is so Mastodonic the first time I heard it I thought my Android had skipped albums and I was no longer listening to Bonded. The following "Way Of The Knife" alleviates that feeling for more of a 90s Prongy and even Biohazardish groove with, again, a rather Mastodonian finish on "The Eyes Of Madness". At the same time, then, as they feel like German Teutonic thrash act they are also quite original and Bajonczak has ZERO German accent in the vocals, but, on the contrary, he sounds like he could have come from either America.

A separate issue are the two bonus tracks I heard on youtube, of which "Humanity’s For Sale" is just as good as the regular album material and I’m surprised it wasn’t included as the 12th track or, given the 11th track’s fade to black closure, somewhere in between other songs as it both deserves airplay and fits the rest with potentially increasing the already high appeal of "Into Blackness".

Bonded hit me with their second album like a ten ton hammer, to borrow from Machine Head, a brutal, fierce and icy technical thrash metal with head-spinning world class leads and solos but with a very pleasant and remarkable sense of melody and hooks spilling from almost every song ("Division Of The Damned" a puzzling exception), plus, most importantly, those melodic choruses are repeated three times which greatly contributes to fast and permanent memorization of the tracks so that by the time you’re on your second application you’re already singing along. I highly recommend this release to both thrash fanatics and those who love their thrash with extra flavors as I make additional changes to my end year Top Ten list.