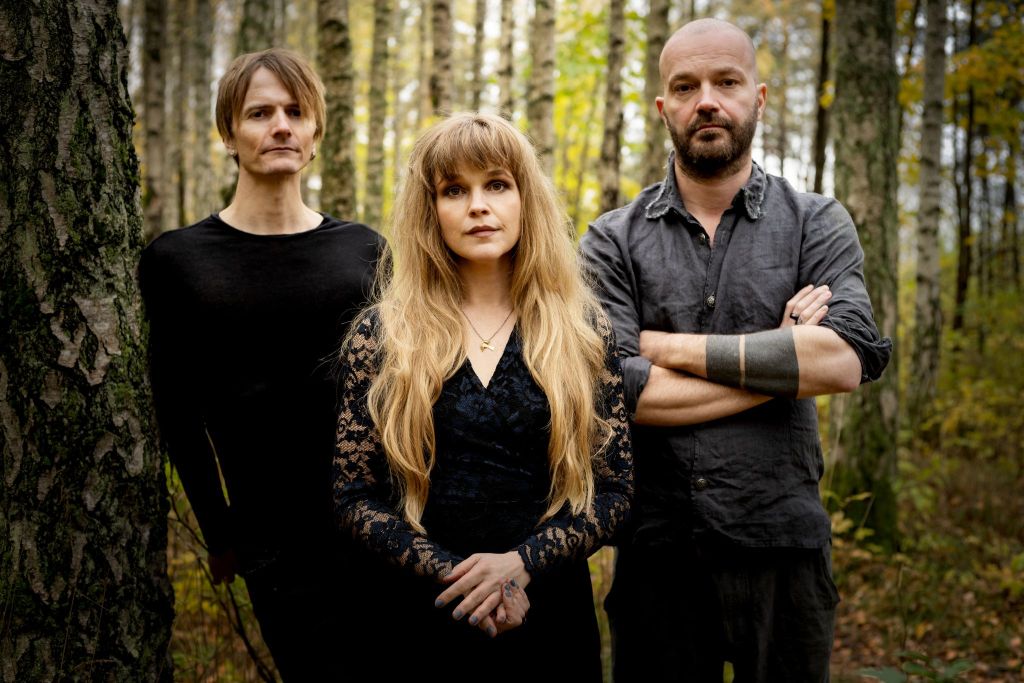 This is the first single off their upcoming album "Nord", to be released on Dec 3 via Indie Recordings.

Solfager and the Worm King is a legend about lust and eternal love.

The great Ormekongen (The Worm King) falls in love with a beautiful maid named Solfager and desperately wants her for his own. Solfager, however, is engaged to David, and as such Ormekongen conjures up a cunning plan. He gives Solafager an anesthetic drink, causing her to fall into a deep sleep. It is quickly assumed that Solafager has died, and David and his folk proceed to bury the beautiful Solfager. Once buried, Ormekongen visits Solfager’s grave and gives her a choice: She can die there alone or join him without anyone suspecting she is under his command. Fearing for her life Solfager chooses to join Ormekongen. David soon learns that she is alive and comes to her rescue and kills Ormekongen. As such, David’s love for Solafager does not only release her from a life in barbaric captivity, but he also conquers death and proves that true love is eternal.

"Nord" is the full-length follow up of their critically acclaimed EP Til Nord (April 2021) and marks the conclusion of Gåte as an acoustic outfit. On "Nord", the band has really taken a step back to fully explore their musical potential and expression through a more traditional and acoustic perspective. And though there definitely is something simple and clean about Nord, the power in the courageously heartfelt, raw, and epic soundscape Gåte manages to create seems even more present and complex than ever before.

Nord will be released through Indie Recordings December 3rd 2021.

Gåte had a national breakthrough in the early 2000s with their captivating performances and groundbreaking mix of traditional folk and modern rock.
With an immense respect for folk music and unparalleled talent, Gåte managed to interpret and convey traditional folk songs to a whole new generation of listeners.
In 2020, the band chose to go back to their roots and dive into the vast traditional music history Norway has to offer. The result is painstakingly beautiful and emotive collection of songs
delving deep into the musical past of their country, with a contemporary approach.

Proving yet again that great music and great art endures.