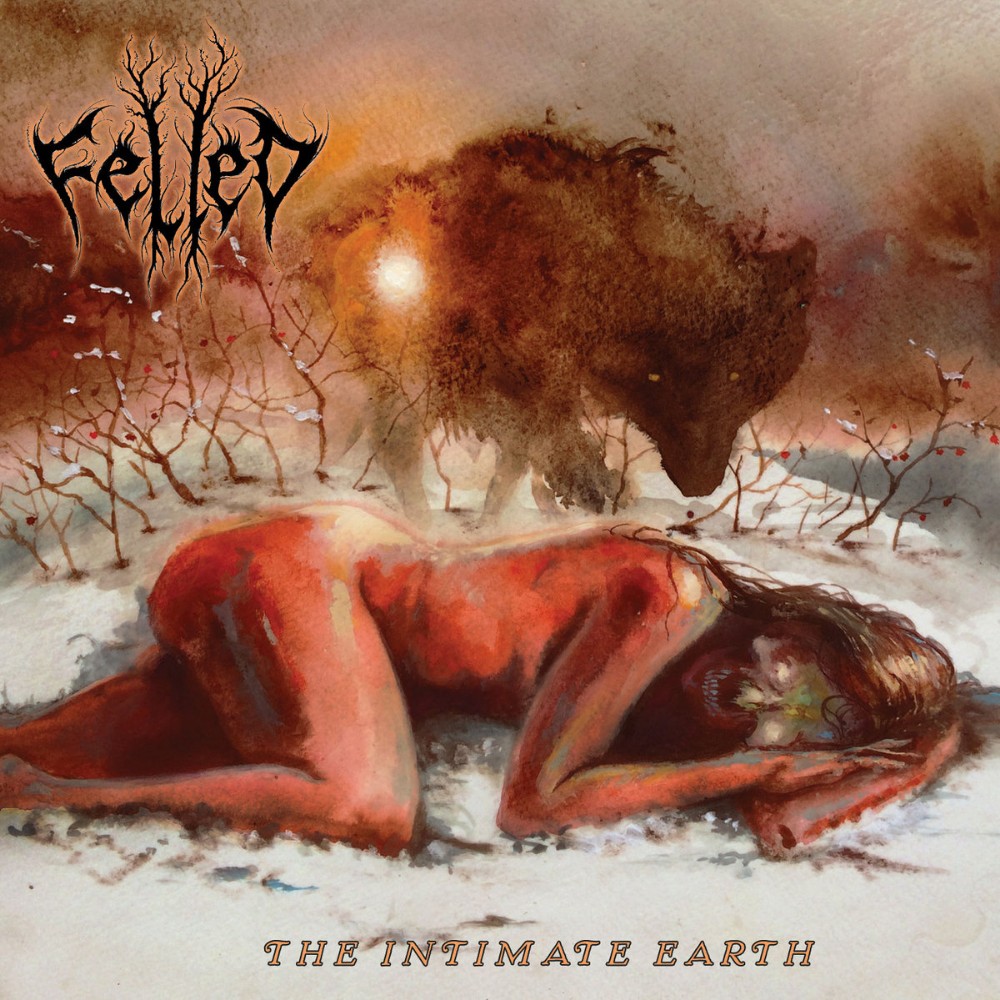 In the onslaught of fantastic releases from Trivium, Carcass, Rage and Aborted I have almost forgotten that it was possible to happen upon an average, that is, a good but not great release. Such are essential to preserve a reviewer’s integrity so for this reason alone I’m glad that I grabbed this debut album from the Oregonian neofolk/atmospheric black metal quartet, "The Intimate Earth", released four years after their first recording, the independent EP "Bonefire Grit" (2017). The music produced by Cavan Wagner (rhythm guitars, vocals), presumably his wife Tiffany Holliday-Wagner (violin, vocals), Isamu Sato (bass) and Jenn Grunigen (drums, vocals) is just that: good craft without any fireworks or, to my ears, passion. For a band who has been around in various forms since 2010 (as Moss Of Moonlight until 2014) this debut should sound exciting, mature, powerful and, more importantly, varied but, with the possible exception of one track, it’s none of these things as the 5 tracks clocking at 40 minutes do not much differ from each other.

Take My Dying Bride’s "Turn Loose The Swans", "The Angel And The Dark River" and Agalloch’s "Pale Folklore" and suck all the power and soul out of them, leaving just incessant ubiquitous violins mimicking half-hearted guitars, and I’m not talking about craft but about the sound which is annoyingly and teasingly semi-powerful and semi-clear as on the last Wolves In The Throne Room record. Now, generously vary "Turn…" and the aforementioned Agalloch (Ember Dream) and Agalloch with "The Angel…" (Fire Season On The Outer Rim) and so throughout the next 3 songs. Make sure you add some strong Scottish folk overtones on the way (Sphagnum In the Hinterlands) and drag it most of the track at the same crawl so as to give an illusion of an instrumental which illusion you will disrobe just before its conclusion with some vocals for the weakest track. Finally, place your most interesting track as a closer (The Salt Binding) debuting male and female choir, varied pace and strong melody where there have been just female cleans and male John Haughmian (Agalloch) rasps and whispers. End the final track with a decisive vocal "ending’s end" to assure the frustrated listener of the finality of the whole affair. Voila.

"The Intimate Earth" is a solid effort but it has a very big flaw: it bores me to tears and 3 applications assure me of that fact. For this reason I unprecedentedly subtract additional 0.5 point because, whereas I am usually very patient with debuts, I haven’t been able to tolerate boredom since I was born. And one last thing: past participle of "fall" is "fallen".

EDGE OF PARADISE – The Unknown