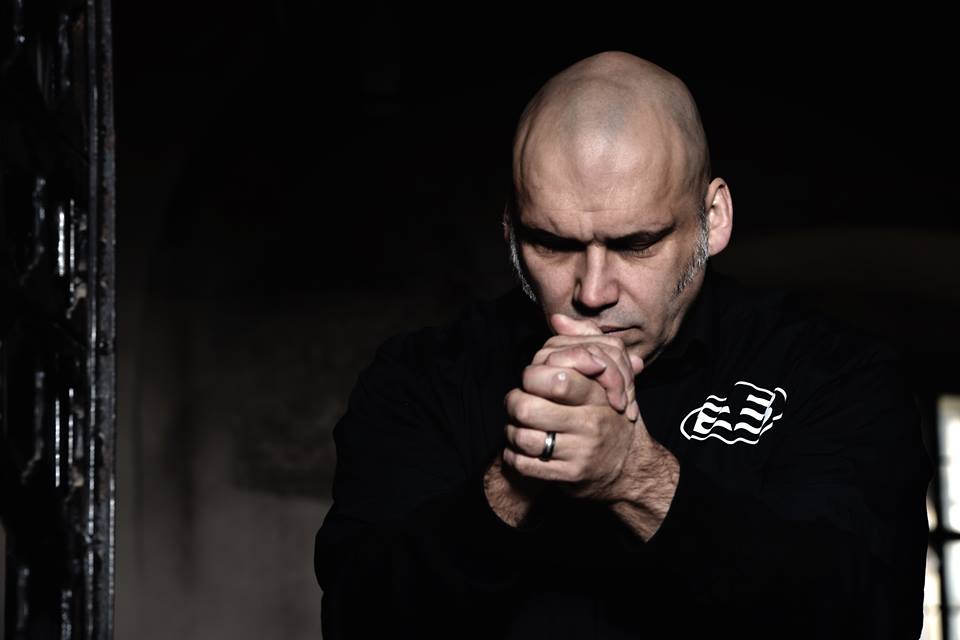 THERE IS A WAR RAGING WITHIN – AN INTERVIEW WITH BLAZE BAYLEY

The hugely skilled vocalist Blaze Bayley is undoubtedly one of the hardest working men in the heavy metal industry and the British singer consistently delivers great albums and even greater tours. Those of you who have had the pleasure of being blown to smithereens at one of his fist-pumping gigs surely know of what I speak. The power, intensity, and sheer heavy metal joy that he conjures up on stage perfectly illustrates just how devoted and passionate he is with respect to his craft and how much he cares about the songs. From the early days in Wolfsbane to his amazing stint with Iron Maiden and further on to the Blaze band, Bayley’s career has been a highly productive and rather impressive one, but some of his best work is undoubtedly that which has been released under the Blaze Bayley solo moniker since 2007. In April this year, the brilliant record titled "War Within Me" was unleashed and it sees Blaze and his talented cohorts in sparkling form. Eternal Terror Live caught up with Bayley in late May.

Thanks for taking time out of your busy schedule to talk to us today. Could we start out by discussing your utterly exciting and musically rewarding 2021 opus, more specifically "War Within Me"? When and where did you record the album? Is there an overall concept or theme to this one or does it differ significantly from its three predecessors in that department?
BB: The "Infinite Entanglement" trilogy is my greatest achievement. It was 3 albums in 3 years with 3 tours. The concept is based on a story about what we think and feel it is that makes us human. 34 songs about this desperate, broken man’s journey. He survives the dark icy cold of space, then betrayal and fire and he falls from the sky. He seeks and finds redemption. I am so proud of my trilogy.

Starting to work on the "War Within Me" album, we had a sense of excitement and freedom. 10 individual songs that could stand alone. They did not have to be connected to each other, but they still had to feel brutal and powerful and show truth and be the absolute best songs we were able to write. Our arrangements of those songs must be faithful to their individual stories. They must show uncompromising courage and honesty.

We were scheduled to write and record a new studio album in 2020. We planned to fit that in with some very cool festivals and some nice headline shows to celebrate the vinyl release of my "Tenth Dimension" album. But soon, everything changed for us, just like it did for everyone else. Our last show was a sold-out gig in London in March 2020. Everything after that was postponed or cancelled. It was very sad and unpleasant, but it did mean we had more time to spend writing the "War Within Me" album.

We decided to make simple demos with just acoustic guitar and voice and to focus on the shape and vibe and emotion of each idea. We were able to take time away from these new ideas, not listening to them for a couple of weeks, then come back to them, and listen to them with a fresh mind. We were able to be more objective and pay attention to details very closely. I knew my fans were waiting patiently for my next studio album and I felt deep down that we had to try to do something that would help them through these difficult times, the same way that they had helped me get through dark and uncomfortable times in my own life.

Could you elaborate on the meaning and significance of the album title? The title could lead one to believe that the song material and words are quite introspective and perhaps based on everyday encounters and experiences. Any truth to that assertion?
BB: It is the mental challenge we all face. The fight between our self-destructive negative self and our positive self that is willing and able to take responsibility for our decisions and move towards our better nature. It can start as a fight, become a battle, and in these dark times become a war.

I was blown away by the sheer power, emotional intensity, and diversity of "War Within Me". It sounds incredibly driven, determined, and energetic. Now that you have had a bit of time to distance yourself from the entire creative process, how do you feel about its musical content and are you personally satisfied with how everything has turned out? Any regrets of any kind?
BB: There are a couple of reasons this album sounds different. It was a different studio, Chris Appleton decided to engineer this album himself, and he did a magnificent job. There are also fewer parts in each arrangement, so we were able to fill that extra space with my vocal or lead guitar or leave those spaces for my listeners to feel raw emotions rise up through them.

So, this album is sounding like my "Man Who Would Not Die", "Blood and Belief" and "Silicone Messiah" albums. Confident in themselves. Unashamed to be totally dark and joyous and melancholy and magnificent and metal.

I’m very happy with what we have done. I wanted an album my fans could be proud of. There is a small piece of my metal heart that is still 14. I still get excited about heavy metal guitar and harmonies and interesting lyrics. I wanted to have an album of songs that reminded me and my fans why we got into metal and reminded us why we love this music. Big power chords, angry riffs. Beautiful melodies. Lyrics that come from my heart. A fight, a battle, a war within your own mind to defeat the self-destructive negative self. To find strength and courage to get through each day, each hour, each minute. To believe that we can survive this. To know that we will be together again one day.

Were there any leftover tracks from the recording sessions that might turn up on a single or an EP in the not-so-distant future?
BB: No. Early on we decided which ten ideas we would focus on. All that was left over were fragments that we put back in the vault. In a couple of years, we will see if those fragments of ideas are any good.

I have been fortunate enough to attend several of your gigs throughout the years and you always deliver a fabulous show, but what particular tunes from your back catalogue truly get your blood pumping when you perform them live and what are some of your own favorites to sing?
BB: "Fight Back" is usually my favourite song to perform live from my trilogy. "Virus" is my fave live song from my time with Maiden. Now I’m very excited about my new songs. They will be challenging but they feel really strong.

The masterpiece that is "The X Factor" by Iron Maiden turned 25 years old last year. Does that make you feel nostalgic or perhaps even melancholy? I must say, you strike me as the kind of creative individual who is constantly looking to the future as opposed to looking back (or looking to the past, if you will). Having said that, do the memories of your time fronting Iron Maiden and recording and touring those two exceptionally great LPs bring a smile to your face?
BB: Very busy and exciting times right now! Signing all the CDs and vinyl my fans have ordered at blazebayleyshop.com and writing a new album with Wolfsbane! Doing wonderful Skype and Zoom interviews and podcasts about my new album. Preparing for live shows coming up. So exciting!

Those Maiden albums are so much a part of me. You can clearly hear their influence on "War Within Me". I found my full voice in those years. It is really funny when people from that era come to my shows now and say something like, "The last time I saw you was 1996!" They know nothing of the 13 albums I have recorded since then. It’s really nice doing my anniversary Maiden set with all those old songs together. That’s when I get a melancholy feeling and also a great sense of pride that people still want to hear my work from those days.

Do you recall what the first record you ever bought was and perhaps also when you fell in love with hard rock and heavy metal?
BB: That time is a real jumbled up memory. So much going to schoolfriends’ houses listening to Sex Pistols, Black Sabbath, Led Zeppelin and mix tapes of anything remotely rock and metal. Iron Maiden and Judas Priest in the charts and on the radio. Great days. An exciting time in music that would affect and infect me. There is no cure or vaccination that stops the love and passion for this music that started when I was 14.

Thanks once again for your time. Any comments or words of encouragement to our awesome readers out there?
BB: I’m grateful for the support of my wonderful loyal fans around the world. My fans are amazing, and they have helped me to get through the darkest days in human history. My fans have made it possible for me to make my new album, "War Within Me".

I hope that people who have never heard Blaze Bayley will give me a chance and listen to a couple of songs from what is possibly the best album I have ever made.