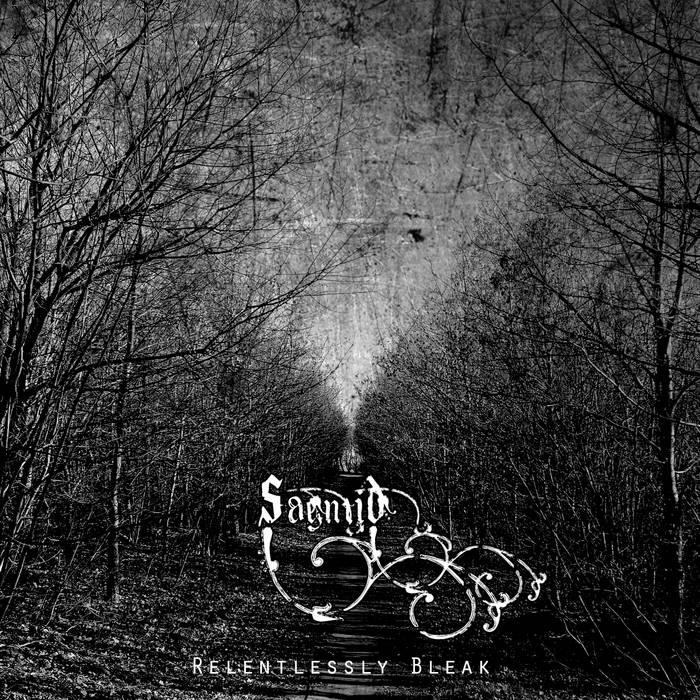 Yet another cursed EP by the purveyor of lo-fi ambient-inspired darkness known as Sagntid has been unearthed and released via Bandcamp and YouTube as a free digital download. Consisting of material that primarily dates from 2007-2011 and then partly re-visited and re-shaped in 2021, this gloomy little 3-track underground piece is a murky-sounding exploration of the themes of deception and loss.

As J.N. says, "Relentlessly Bleak is very close to my heart and means an awful lot to me on a personal level. While parts I and II (essentially the intro and outro) are professionally mastered excerpts of two previously released compositions by Sagntid, the ‘We Were Quite Alone‘ piece started taking shape back in 2007 when I toyed with the idea of creating a sequel to the ‘The Streets Until Dawn‘ track from the Socialt Opbrugt demo. If you listen to the main riff/melody line/verse in both songs and compare them, you will notice that they are exactly similar. However, ‘We Were Quite Alone‘ eventually took a different turn when I decided to rewrite the lyrics and record a new set of vocals for it in May this year. Some of the keyboards and synthesizers were added in May 2021 too. It has taken me roughly forever to finish this moody bad boy, but better late than never, right?"

Relentlessly Bleak was released by Floodgate Moods Productions on May 21, 2021.