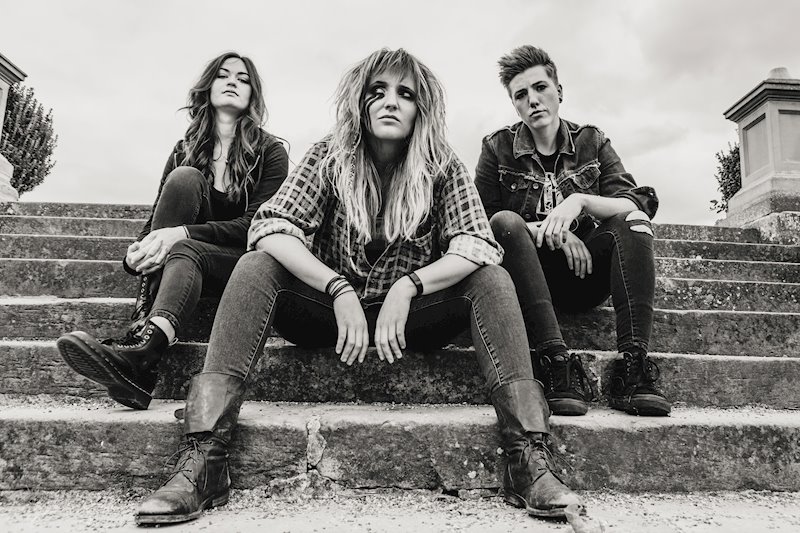 MuddiBrooke – new single and video out

MuddiBrooke release their new single and video ahead of their debut EP in the summer.

The new alt-rock/grunge trio, based in Derby, formed in January 2020 and has released 2 previous singles. Their third single is Straight Jacket and it’s out now.

The band has already achieved airplay on Kerrang! Radio made ‘Track of The Week’ on BBC Introducing, and even made it into the Top 10 of the Greek Rock Charts for four continuous weeks – as well as many other radio stations around the world.

On the song, Brooke says: "Straight Jacket came from the fact that, like a lot of people, we three all suffer from anxiety. For me, the effects from it can be so strong that it can cause me to have ‘derealisation’ or ‘depersonalisation’; this is a certain form of a panic attack when it feels as though the reality is slipping away and nothing is real. It can be very disorientating. I wanted to capture this feeling within a track, and so Straight Jacket was created.

You’d think our anxieties would affect our performance on stage, but it often has the opposite effect where we all feel completely comfortable and ‘at home’."

Brooke, Anna, and Mary are all in their 20s; and even though they haven’t been playing long as ‘MuddiBrooke’, collectively they have 30 years of experience of playing live in front of many large audiences and supported bands such as The Beautiful South, Scouting For Girls, Dr and The Medics and more.

Looking to the future, MuddiBrooke plan to release their debut EP, ‘LUNACY’, in Summer 2021 and is currently building a UK Tour and Holland/Germany Tour.

‘Straight Jacket’ is one of the five new tracks that will be featured on MuddiBrooke’s debut EP, ‘LUNACY’ – Out August 2021.