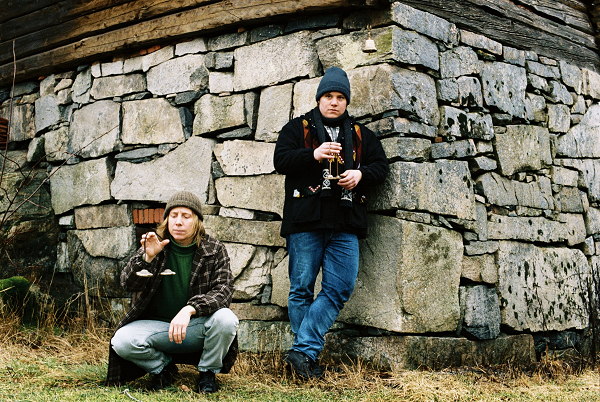 Fans of Norwegian Prog Rockers  JORDSJØ who are eagerly awaiting the release of "Pastoralia", the band’s third full-length album, have been offered another glimpse into what to expect with the release of a new single from the album.

Titled "Mellom Mjødurt, Marisko og Søstermarihånd", the single can be downloaded or streamed from a number of digital platforms at https://karismarecords.fanlink.to/Jordsjo_MellomMjodurt-Marisko-og-Sostermarihaand

JORDSJØ’s Håkon Oftung  gave us some idea of how the track came about, and the inspiration behind it:

The concept of "Mellom Mjødurt, Marisko og Søstermarihånd" came to me when I was cycling around the eastern part of Norway, near the Swedish border.  It  was written in the summer 2020 on Karlsøy, a small island northwest of Tromsø in northern Norway. Through the music, which is built around two main themes that are connected to each other by three different musical intermezzos,  I tried to capture some sort of lyrical snapshot of each of three places that are very dear to me.  Åsa Ree contributed with both the doubling of the lead vocals and with some beautiful backing harmonies.

In  the tradition of some of last centuries’ best Nordic rock, JORDSJØ’s duo of multi instrumentalist Håkon Oftung (TUSMØRKE, BLACK MAGIC) and drummer Kristian Frøland, meld Progressive rock with interesting melodies, whilst giving the whole a Folk-inspired twist.  And, for  "Pastoralia", they have  produced an album that is a musical journey that travels from minimalist mellotron passages to a full on rock tempest, and which sees JORDSJØ moving  further into jazzy, progressive,  musical landscapes.

Thematically, the album is based on dreams, a longing for freedom and the fictional place "Pastoralia", where every day is like tropical nights in Northern Norway, where the forest people dance around campfires.

Recorded and produced in its entirety by JORDSJØ between March and November 2020, in the basement of Bjørnerød Gård  in Våler, Østfold, and with artwork by  Sindre Foss Skancke, tracklisting for "Pastoralia" is as follows:

Set for release on Karisma Records on the 7th May, "Pastoralia" will be available in CD, Digital and black Vinyl formats as well as in a blue Vinyl version which will be limited to 600 copies.  It is now available to pre-order from the following: