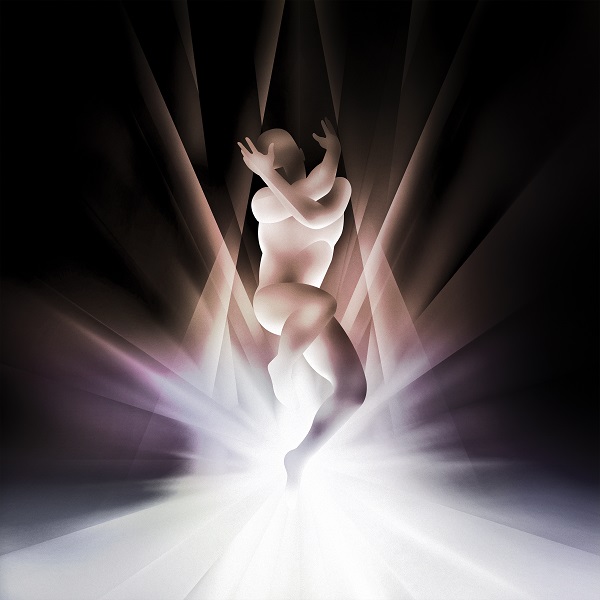 Few late XXth Century bands have had such thunderously explosive yet haystack career as the Chicagoan alternative rock act, The Smashing Pumpkins who, led by the charismatic vocalist, guitarist William Patrick "Billy" Corgan, having imploded the charts with their 2nd album, "Siamese Dream" completely took the world by storm with the massive masterful double album "Mellon Collie & The Infinite Sadness" before slowly obscuring their own star with "Adore" and the two-part "Machina" to finally break up. Reactivated slowly and gradually with the iffy "Zeitgeist" they somewhat regained their position with "Oceania", "Monuments To An Elegy" and "Shiny And Oh So Bright, Vol. 1 / LP: No Past. No Future. No Sun" (2018) but the last year’s "CYR" is Corgan struggling for balance amidst the brief brilliant flashes of creativity, largely abandoning his hard rock/heavy metal roots in a curious attempt to marry THE CURE and DEPECHE MODE without touching either genius level.

Billy Corgan, D’arcy Elizabeth Wretzky-Brown (bass), James Yoshinobu Iha (guitar), and James Joseph Chamberlin (drums) understood the timing was right to pitch a grungey debut "Gish" (1991) just around the time of Pearl Jam’s multiplatinum "Ten", or the alternative punk "Siamese Dream" (1993) precisely when grunge was beginning to lose its grip on the public who was looking for an extension. As 4,000,000 copies (quadriple platinum) were shipped throughout the United States, "Cherub Rock", "Today" and "Disarm" ruled the radiowaves, but that was just the beginning. The real tsunami had come with the double album "Mellon Collie & The Infinite Sadness" (1995) which sold 5,000,000 copies (diamond) in the U.S. alone. At the time, Corgan was going through a separation from Chris Fabian, his wife of just 2 years, so he was likely filled with both hate and love which made the album a perfect release, double entendre intended. Again, you couldn’t open your own fridge without hearing "Bullet With Butterfly Wings", "1979", "Tonight, Tonight", "Zero" or "Thirty Three" but, although excellent, these were just the tip of the iceberg as there were even better tracks on this perfect album, such as the ferocious "Jellybelly", "Porcelina Of The Vast Oceans" or the magnificent "Thru The Eyes Of Ruby". The album is over 120 minutes long and not a second too long and remains one of my all time favorite records to date.

This is why when "Adore" (1998), a vapid, poppy and viciously electronic follow up, was released, I was almost personally hurt as the only song that did not make me want to light my hair on fire just to stay awake was the single "Ava Adore" which contained the embers of the former glory. For a man known from the sonic and vocal earthquake known as "X.Y.U." (on Mellon Collie), who had just lost both his wife and his mother around the same time, Corgan was shockingly non-violent on "Adore". Or perhaps he was repressing his feelings since the subsequent album "Machina (The Machines Of God)" (2000) was, in turn, very, almost nu metal, heavy, and it, as well as shortly therafter released "Machina 2 (The Friends & Enemies Of Modern Music)" were a return to more guitar-driven songwriting, yet both only served to reassure me: The Smashing Pumpkins were done. Indeed, despite 30 million albums sold worldwide, internal fighting, drug use, and diminishing record sales post-1995 led to a 2000 break-up.

The second edition of The Smashing Pumpkins (TSP) would have likely eluded me was it not for my cousin Chris who played "Zeitgeist" (2007) for me, explaining that TSP was only reactivated as a duo Corgan-Chamberlin and, frankly, while it was still guitar heavy and produced by the renowned Pantera producer, Terry Date, there still wasn’t much to write home about. Subsequently, I missed "Oceania" (2012), which welcomed a new guitarist Jeffrey Kim Schroeder (who will have stayed with the band to date) "Monuments To An Elegy" (2014), and "Shiny And Oh So Bright, Vol. 1 / LP: No Past. No Future. No Sun" (2018), which finally saw the return of founding guitarist James Iha and drummerJames Chamberlin (while keeping Schroeder), except I really liked the 90s Megadeth-ian video single "Solara". Then, one day last year, Andrea, our chief editor sent me a notice for "CYR" saying "apparently, they’re still alive and making music". The question was: should I care just because they are fellow Chicagoans and I still love "Mellon Collie"? And if so, did they get better or worse?

In a way, they somehow got better and worse on "CYR" (which usually means a 4/6 score). Despite having a capacity of a 3 guitar attack the album has less guitars on it than "Adore", mostly in the background, with the notable and almost odd exception of the excellent LED ZEPPELINer "Wyttch". However, Corgan’s ability to write a hummable cogent hook or a chorus cannot be denied based on cuts like the DEPECHE MODErn title track, THE CUREian opener "The Colour Of Love" (which heavily recalls "Lovesong"), the thunderous "Purple Blood" reminiscent of U2’s "Numb" or "Adrennalynne", about remembering to take stage performance seriously since it’s "live". Melody and hooks abound even in some lesser tracks, such as "Telegenix", where a great ballad chorus reminds me of DEPECHE MODE’s "Sweetest Perfection" or "The Sweetest Condition", or the Christian themed (FATHER, I’m no closer to your throne) "Haunted" or the very "Adore" heavily synthed "Confessions Of A Dopamine Addict" with an excellent take on romantic love – it’s easy, any way you start, take a diamond, slice it through your heart and watch what color bleeds – no argument there. Nor is there any argument that "CYR" COLLECTIVELY contains enough brilliant material for a fantastic album. So why isn’t it?

For some unknown reason, with few precious exceptions, Corgan insists on diluting the hooks with mindless distractions such as pace changes without melodic overtones until you stop missing the hook, double entendre intended. Better put, he goes for a minimal effect with minimal input in which he recalls the DEPECHE MODE’s insipid "Sounds Of The Universe" album. Then there are moments when we start missing the past, for example "1979" which "Anno Satana" totally stylistically resembles or "Wrath", which recalls "Mellon Collie" days but lacks its catchiness, and when it tries by introducing a new melodic line it gets quickly snuffed out, so, essentially, one melodic line over and over, possibly the laziest track. When Smashing shows its self-admitted fascination with The Cure it’s always in that sing-songey "Lovesong" way rather than the creepy "Last Dance" or "Fascination Street" way, in any case, not as good as "Disintegration", but then again, few albums are. The ubiquitous female vocals of Katie Cole and Sierra Swan do add a warm, romantic feeling to it all but, Billy, what’s up with some of these lyrics, "not making very nice" may be worse than Metallica’s "what doesn’t kill you makes you more strong"!

Overall, "CYR" being a 20 track, 72:06 minute album with filler galore and artificial pumping up the running time despite all songs being relatively short, is a frustrating record. So much good was wasted and so many potentially great songs were butchered so that, in the end, when you finally he(a)r(e) the last notes of the closing (mediocre) "Minerva", you can’t help but think that these last notes should serve as a post scriptum to The Smashing Pumpkins the same way "Shine" should have ended INXS on "Elegantly Wasted" (1997) but ended the life of Michael Kelland John Hutchence, instead, himself hanging up more than just his proverbial hat. This may sound harsh but music is, at the end of the day, a business which requires the musicians to put out quality products or else quit in favor of alternatively starting a bittercress plantation or, in this case, exclusively focusing on professional wrestling promotion. I give 4/6 for encouragement: Mr. Corgan, tighten it up, take your own advice and make no mistake: it’s LIVE!