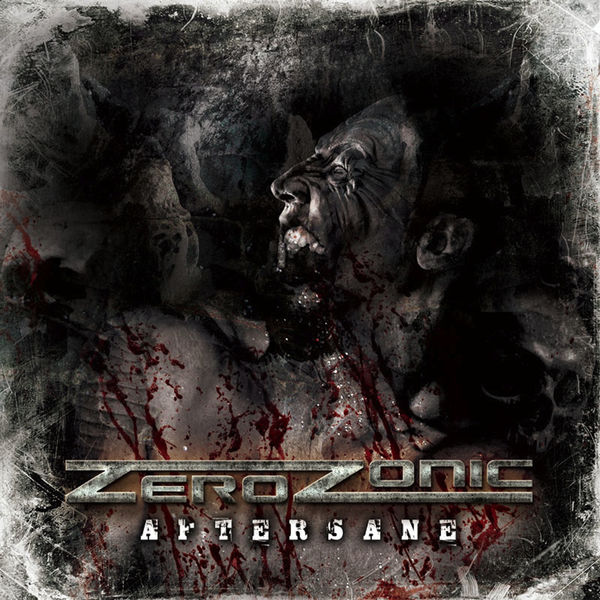 "Zerozonic will get much better on the follow-up, but to see how and why you have to wait one more month" wrote I in the conclusion of my review for Zerozonic’s sophomore album, "God Damn Better Best". That was back in July 2019 and only now am I able, for this reason or another, to make good on that promise and with it to complete the so called Daniel Olaisen series.

There is a saying among some reviewers that the third album in any band’s discography is where we get to either recognize them for greatness or to definitively shut the lid of the trashcan over their heads. Thankfully, "Aftersane" is resoundingly the former case, Zerozonic’s mastermind, Blood Red Throne and Big City guitarist, Daniel "Peisy" "Død" Olaisen finally breaking ties with the lampooning of the groove metal and nu metal genre and delivering a serious kick in the balls, their best sounding work and the best album of the band’s career at the time to rival such established acts such as CHIMAIRA, MACHINE HEAD or PRONG, PANTERA, interestingly only referenced sporadically here and there which showcased Zerozonic’s increased originality. No doubt it was due to personal changes as Arvid Tjelta stepped in for the vocals, Okular bassist Martin Skar replaced Ole Vistnes while Jon Eirik Bokn took over the drum set.

While listening to this album general comparison can be made to Mr. Olaisen’s fourth favorite band, Chimaira, and their explosive "Resurrection" (2007), even if the opener "Party Pandemonium" and the fantastic closer "Rise Again" (which represent the good and the best this album has to offer) recall KILLSWITCH ENGAGE’s legendary "Alive Or Just Breathing" (2002), although it helps to remember that Chimaira was greatly influenced by that album already on their fantastic self-titled (2005). "Rise Again" is not only my favorite song on this album but my favorite Zeronic song, period, and, in my view, the best track they have ever done, combining ancient Machine Head with early 90s PRONG and even progressive REVOCATION. Other standouts are groovier and more in your face, such as the perfect "Deathclock" with the section-guitar synchronicity recalling FEAR FACTORY as well as 3 distinct refererences to early ballad-like Machine Head or perhaps its immediate derivative, SKINLAB: "True Savior", "Something To Be" and "Once You’ve Tried It". Finally, the whole album has the feel of PISSING RAZORS.

"Aftersane", true to its name, is finally the album where Død stopped playing with groove metal and started making quality groove metal and, at that, the best Zerozonic album past, present and future. Sure, there are some great tracks on the follow up self-titled (2017) but "Aftersane" is the quintessential Zerozonic album. Now, Daniel has revealed recently that a brand new Zerozonic album is finished and about to be released soon while two tracks are already available on the bancamp page so it remains to be seen if they can top their third album or not, but, knowing Daniel’s seemingly unlimited ability and creativity, I have a feeling it could be their new best.