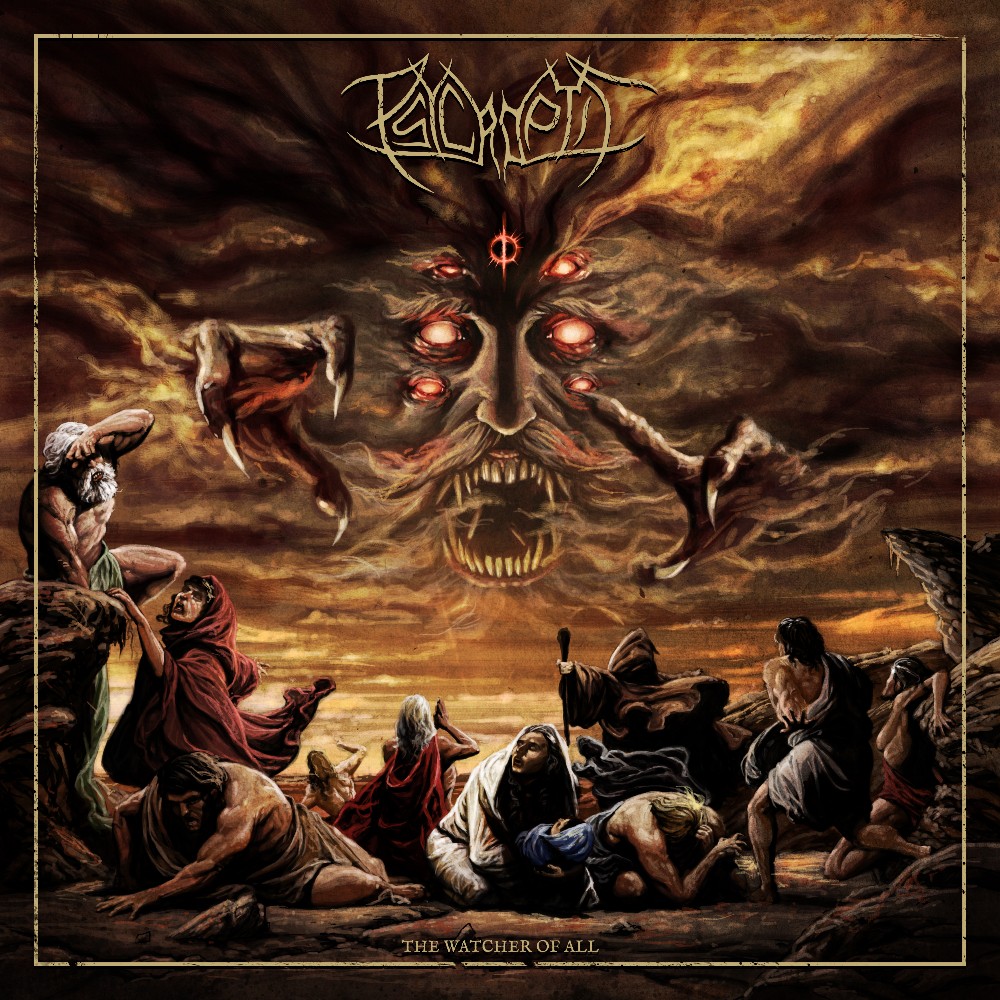 PSYCROPTIC – The Watcher Of All

The West Hobart, Tasmania-based Aussie technical death metallers were completely unknown to me prior to the excellent 4th album "Ob(Servant)" (2008), that is, 9 years after their conception. The first two albums: "The Isle Of Disenchantment" (2001) and "The Sceptre Of The Ancients" (2003) were independently released by a consistent lineup of Matthew Chalk (vocals), Joe Haley (guitars) Cameron Grant (bass) and Joe’s brother David Haley (drums) but Chalk left in 2005 ushering in the permanent vocalist Jason Peppiatt and the subsequent deal with Neurotic Records for "Symbols Of Failure" (2006) and then Nuclear Blast for "Ob(Servant)" (2008) and "The Inherited Repression" (2012), both excellent, subsequent the latter I lost track of them unaware of either the eponymous (2015) or "As The Kingdom Drowns" (2018), already on Prosthetic Records. This here, a two track EP is a bridge between the last album and the upcoming 2021 full length which is being recorded as we speak.

Although Psycroptic had lost a founding bassist Cameron Grant after the release of "As…" it gained Todd Stern, known from his live performances in Cattle Decapitation and Havok, in Grant’s stead. This may account for a strong thrash and traditional metal leanings, especially on the opener. Psycroptic, as the single guitarist Joe Haley says in promo, has always been about a well-composed, well-placed riff and in that respect the Aussies are similar to classic Slayer or Pantera, which had already been the case on "Ob(Servant)" with occasional melodic Prongish leanings. As for the technical aspect, they are closer to Anata or (Dutch) Martyr in that the wizzardry is no excuse for lack of memorability but rather an occasion for memorability. This is certainly the case on the title track, which also recalls Revocation from "Cretin" and "Chaos Of Forms" stylings as well as Aborted, especially in terms of dual vocals, hardcore screams and deathly growls. While this is also true for the second track, "A Fragile Existence", the song is quite another animal altogether. Based around a supermelodic almost post-hardcore epic chorus where the screaming vocals get semi-clean bolstered by some deft choral arrangments, it retains its inherent deathness and that in amidst high memorability. As the chorus is extremely catchy you will find yourself eagerly await it despite the verse riffs general catchiness and I am willing to bet this effect was intended by its creators, all of which stylistically recalls the mid era God Forbid. Likewise, I doubt the track order is haphazard either, with the midpaced title a warm up and a transition to thicker and thicker plots. Once its successor starts we’re no longer in Kansas, Dorothy. And the cover art is some of the best I have seen in any genre, almost too good for just an EP.

Although, mindful of greatness of the 2008 and 2012 productions, I had little doubt Psycroptic would deliver in spades, I am still pleasantly surprised at their development and await the next full length with baited breath at the edge of my seat.

ANGELICA – All I Am