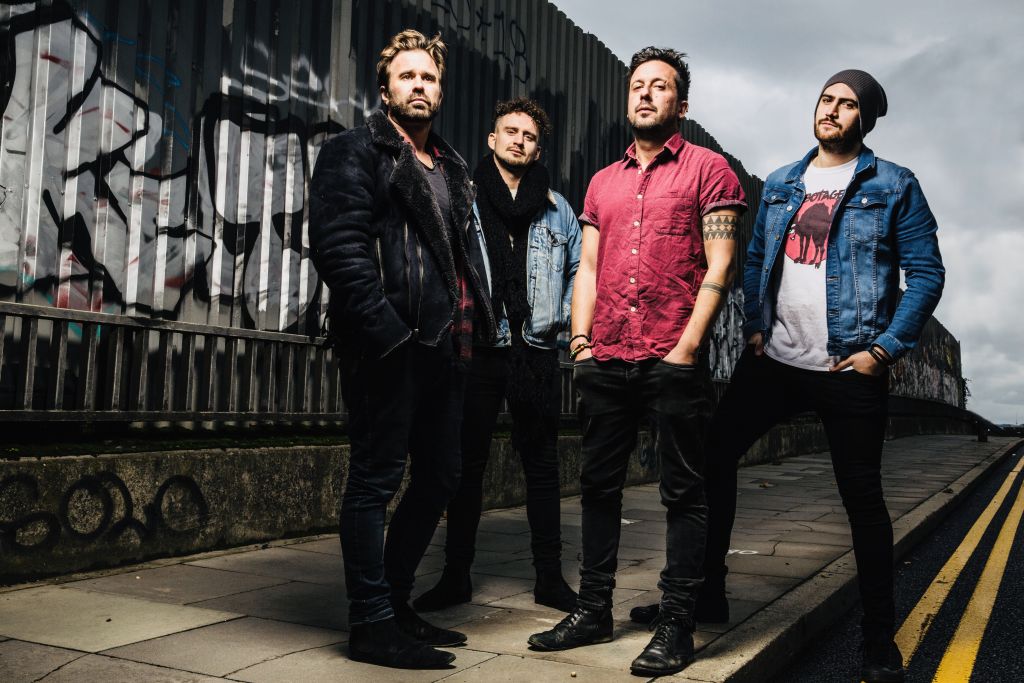 "Close to 800,000 people die due to suicide every year. For every suicide there are many more people who attempt suicide."
(World Health Organisation)

Formed from the ashes of Saint Apache and Katalina Kicks, Brighton-based rock quartet AMONGST LIARS have released a brand new single, ‘Mind’, that follows the recent observation of World Mental Health Day (October 10th) and highlights the importance of mental wellbeing.

The simply-but-effectively-titled single – which played on BBC Introducing In The South in the lead-up to release and was praised for its "huge walls of guitars and choruses to fill the Mariana trench" – offers yet more of the band’s dynamic brand of "stadium" rock, with vocalist Ian George leading the charge as his bandmates gradually build upon powerful layers of heavy rock rhythm and melody that soar to a breath-taking and expansive climax.

The result is an intense and emotional experience that perfectly mirrors the single’s lyrical subject matter, as Ian explains:

"’Mind’ is a song that reflects the very real battle with mental health and depression, and is about finding strength in yourself with help from others to get you through the hardest of times. This topic is really close to my heart, having both personally ‘lived it’ and also lost people I know to their inner demons."

" The accompanying music video for ‘Mind’ offers a powerful and troubling glimpse into a real-world scenario that is, sadly, an all-too familiar setting for far too many people. Despite reaching a dire conclusion, the video’s final moment ends on a hopeful note – not just for the video’s protagonist, but for anyone that is struggling with mental health.

"Mental health is finally starting to be recognised and talked about on a much wider and open basis," Ian continues, "but even more needs to be done, especially now, to promote well-being, understanding and acceptance. It is ok not to feel ok; but it is so important to talk."

Alongside the release of ‘Mind’ comes the news that Amongst Liars will be entering Manchester’s Red City Recordings in the near future to record their debut album.

Once the UK’s second lockdown has lifted, the band will record a collection of 12 tracks with producer David Radadh-Jones (Heaven’s Basement, The Fallen State, Death Blooms), with a view to releasing the album in mid-2021. News of the band’s debut album comes after the successful release of a run of singles throughout 2020, including ‘Over and Over’ in February, ‘Wolf Machine’ in May and ‘Burn The Vision‘ in August. The singles have seen over 112k Spotify streams collectively, as well as strong video views across all platforms.

"Since lockdown we have experimented loads and written between 15-20 songs, and we are extremely excited to take them up to Dave and start recording our debut album", comments the band. "We’ve put a lot of thought into the songs both musically and lyrically, and we are hoping to present a really diverse and interesting record."

Amongst Liars’ latest single ‘Mind’ is available to stream and download now. For more information on the band and to receive updates on their debut album, visit their website or follow them on social media.