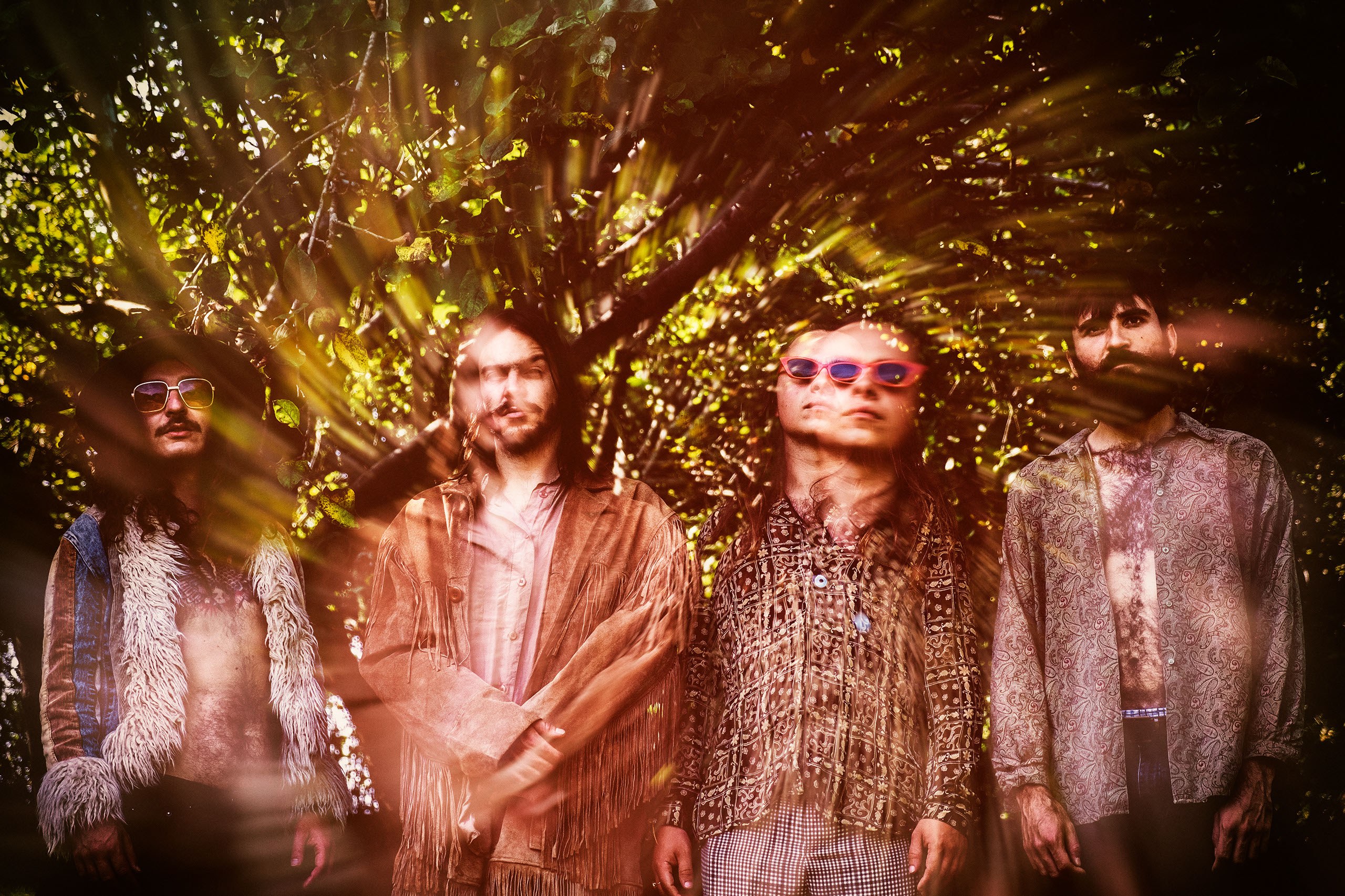 With this new collection of songs, we see the most ambitious and complex version of the band. It sounds like psych, prog, kraut, punk, latin rythms and andalusian folk. They take risk on ‘Sangre de otros mundos‘ and they go further – there are no limits for Acid Mess.

Five years after ‘II‘, Acid Mess is back to business with a new album recorded and mixed in July 2019 at Ovni Estudio by Pablo Martínez, and mastered at Green Desert Mastering by Quique Sanchís. The possibility of postponing its release until Covid-19 was gone was on the table, but the band members decided to fight Coronavirus with their music, with culture. ‘Sangre de otros mundos‘ is set to be released on 6th November 2020 via Spanish underground label Spinda Records (the guys behind Viaje a 800, Moura, Bourbon, Híbrido, El Lobo En Tu Puerta, Habitar La Mar, Sageness…). Artwork and photography by Ossobüko.