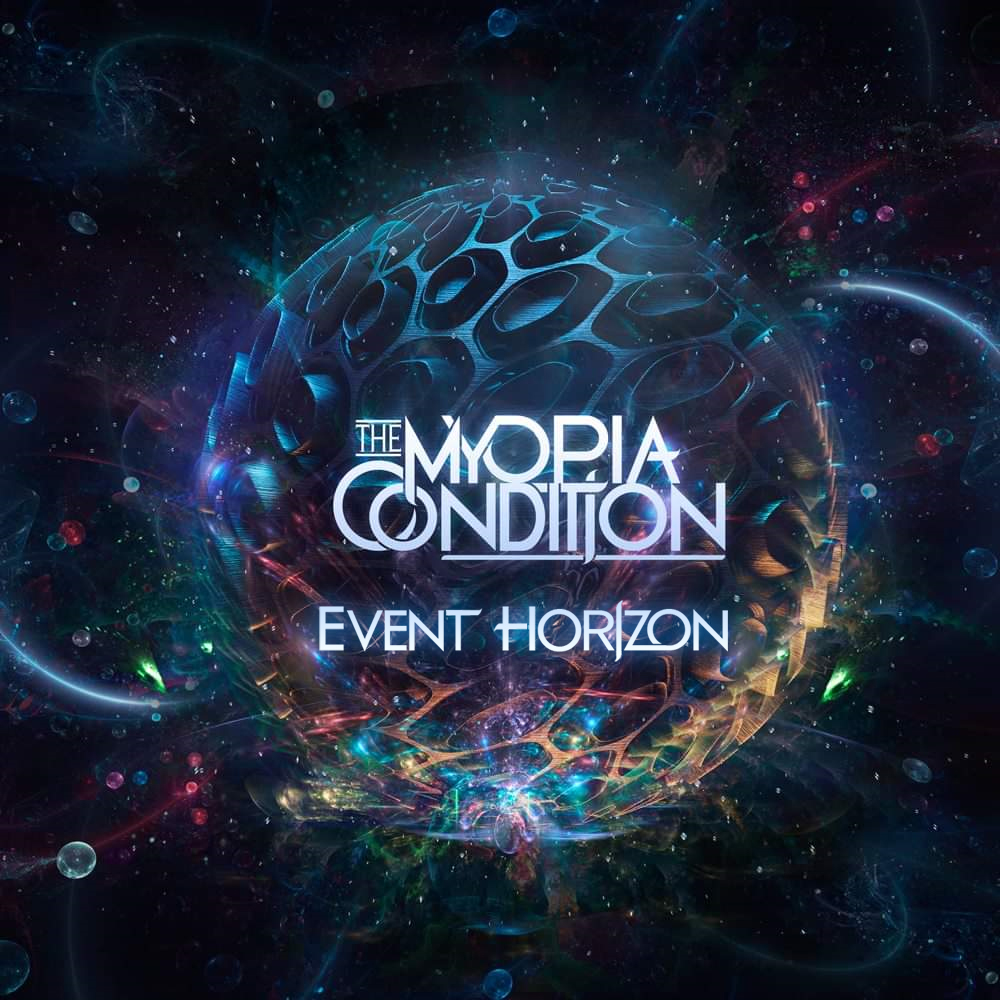 From the seminal stud farm of Jon Asher and Asher Media Relations comes yet another interesting progressive technical death and hardcore metal steed, The Myopia Condition with a brand spanking new offering, "Event Horizon". The instrumental skills are undeniable but what separates these Sh-Red Deer, Alberta, Canadians from the rest of similar sounding projects is the ability to inject catchy groovy overtly heavy metal hooks and rhythms, to borrow a little from their own description. Moreover, the album plays like a review of all things metal where everyone is likely to find something they enjoy, even if the product is still a little rough around the edges.

The first association which comes to mind is God Forbid’s excellent 4th album "IV: Constitution Of Treason". The instrumental and songwriting prowess, the hooks, the melodies (including some vocal cleans) the arrangments and the crushing sound Josiah Dyck (lead vocals), Josh Gould (guitars, vocals), David Luchenski (lead guitars) (alternated for Craig Mackenzie live) Robert Fearey (bass, vocals) and Greg Glenn (drums) all showcase on "Event Horizon" are highly reminiscent of what the now defunct New Jerseyans were doing in 2005 and even later until their unfortunate 2013 breakup.

The second allusion is clearly to Lamb Of God’s debut album "New American Gospel" which characteristically had almost no verse and chorus structure but, instead, was packed with riffs and memorable hooks. Of course, if we have Lamb Of God and God Forbid then with it comes, next to groove and thrash, a great deal of hard core and that means Killswitch Engage, which is palpable on "Brainwashed". As for Lamb Of God, certain hooks and riffs recall their legendary masterpiece "Ashes Of The Wake", such as "Walk Me Home" or "Song 9000". Finally, there is a strong influence of All Shall Perish from "The Price Of Existence" and even more from "Awaken The Dreamers", which may suggest some melodeath stylings, however, while there is plenty of melody and hooks, interestingly, only one melodeath accent is present – on the Sepulturic "Empty Room" where I hear echoes of Dark Tranquillity’s "Through Smudged Lenses".

The last major influence is that king of progressive metalcore Between The Buried And Me (BTBAM) which likely started the madness with their 2002 eponymous but was made famous with "Alaska" (2005), "Colors" (2007) or the phenomenal "Coma Ecliptic" (2015). I think it’s safe to say that there would be no progressive technical "multigenre" metal hardcore were there no BTBAM. This is evident especially on the favorite, the closing "Fighting Fables" or another highlight, the 1st song proper (after the title track intro instrumental) "Separation From Classification" which combines such seemingly disparate elements as Exodusian thrash with Peaceville (Anathema, My Dying Bride, Paradise Lost) transition. Finally, most impressively, similarly to BTBAM or Meshuggah, The Myopia Condition boys can turn a simple even minimalistic riff into gold metal (Rotting Soul).

In all, though, this is a debut and as such it hits with everything at once in a matter of shock and awe rather than to create "one for the history books" (to borrow one of my colleague’s Jens Nepper’s favorite expressions). Many ideas could have been better developed and, at times, sheer power and skill cover up lower quality and lack of purpose such as in the meandering "Walk Me Home" which strongly recalls If Hope Dies’ "Life In Ruin" (2007) in all these respects. But the guys have made their mark and we are eager to hear more.