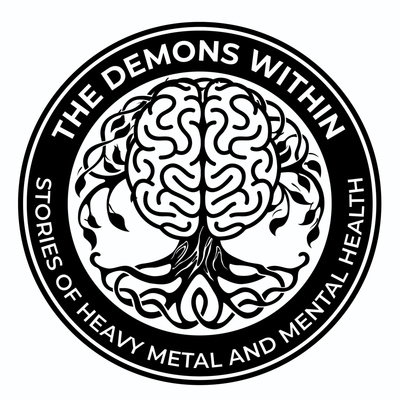 A new heavy metal podcast focussing on mental health issues has been launched. The new podcast, titled The Demons Within: Stories of Heavy Metal and Mental Health, is hosted by musician and mental health advocate, Liam Frost-Camilleri.

"It’s always been an interest of mine", says Mr Frost-Camilleri. "I know many metalheads that struggle with their mental health which has made me wonder if there is a link between the two." In speaking to a variety of people in the heavy metal industry, Mr Frost-Camilleri has found that topics of mental health are prevalent within heavy metal lyrics but still believes there to be a stigma around discussing some of the issues musicians face.

The first podcast, published on the 10th of September to acknowledge World Suicide Prevention day, features the story of an Australian musician Russ, who attempted suicide in 2015 and survived. Listen to The Demons Within podcast here:
https://anchor.fm/liam-frost-camilleri

"It is such a powerful story, and will definitely be hard listening for some people, but these are stories that need to be told if we’re ever going to start addressing and having open conversations about mental health", Mr Frost-Camilleri says.

With this new podcast, Liam Frost-Camilleri will speak to a number of people in the metal music industry, including producers and supporting members.

"Beyond Black combined two of my passions; heavy music and mental health. I feel privileged to be able to discuss such an important issue with so many people, and I figured, just because we’re in isolation, doesn’t mean we can’t still keep talking about it", Liam Frost-Camilleri said.

The Demons Within will run for its first season through September to December in 2020 and can be heard on all major podcast supporting platforms. If you are experiencing any mental health issues, please seek help by calling lifeline on 13 11 14 [or the equivalent in other countries].