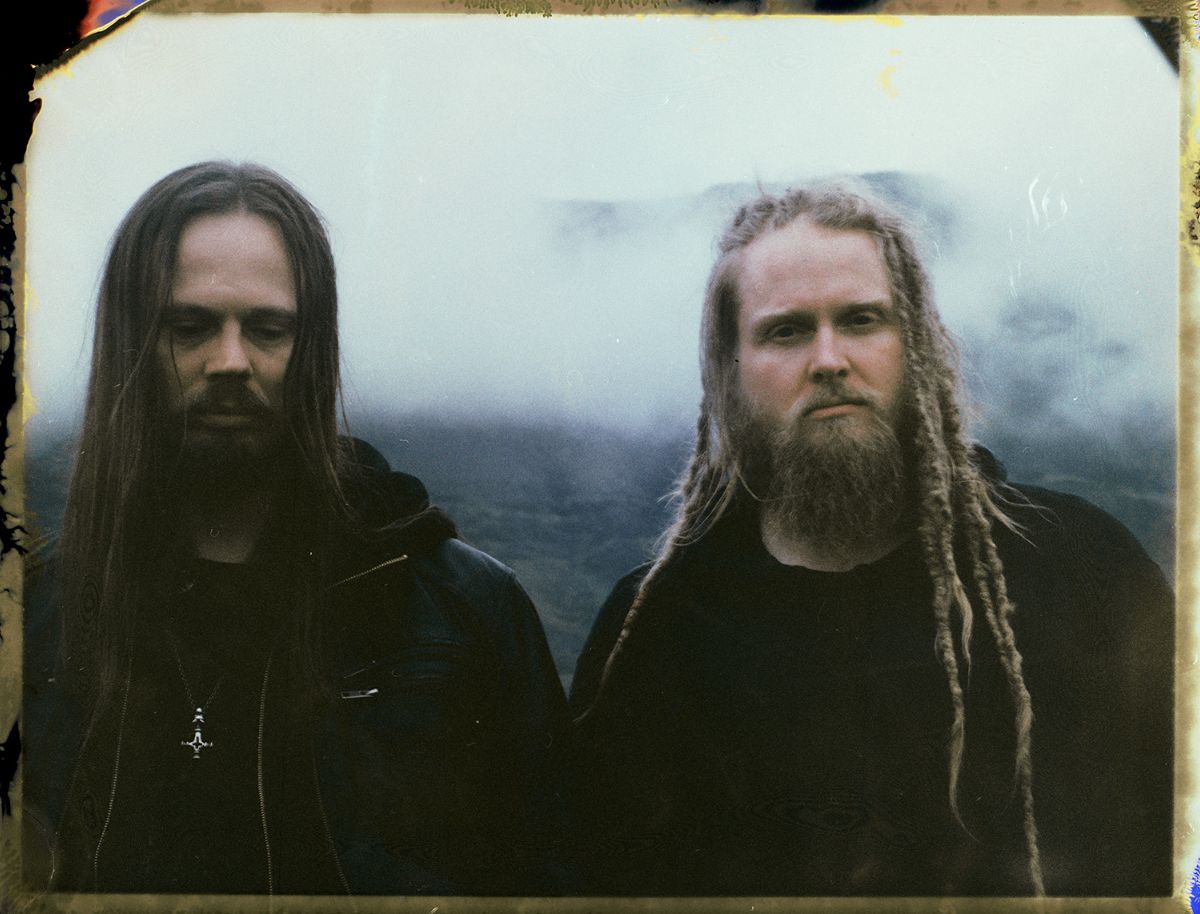 KATLA are now revealing the first track ‘Villuljós‘ ("false light") taken from their forthcoming sophomore album "Allt þetta helvítis myrkur", which will be released on  November 13th. More information about this record can be found below.

KATLA comment on the single: "When I wrote ‘Villuljós’, which means ‘false light’, I was in a depressive period of my life", tells multi-instrumentalist Einar Thorberg Guðmundsson. "Everything happend in such a dark haze that I cannot even remember the actual process of creating the demo. When we finally recorded the album, it was done with a more more positive energy. Actually caring about what I was doing helped a lot to get it right. Although the track has not lost its original sonic darkness, I feel very good about the final outcome. Guðmundur Óli has perfectly translated this musical feeling into lyrical darkness. This is the light that represents a false hope."

The infamous Icelandic low is defined as a large and persistent atmospheric low-pressure centre that forms between Iceland and Greenland and is often the cause of strong winter winds over the North Atlantic. KATLA artistically translate this meteorological depression into dark doom-infused metal and deep musical emotion. An urgent sense of darkness and inner turmoil drives "Allt þetta helvítis myrkur" ("All this damn darkness"), the second full-length of the Icelandic duo. The soul crushing heaviness fueling this record makes KATLA‘s melancholic debut album "Móðurástin" appear nearly light-hearted by comparison. Some of this album’s core composition reach back in time for more than a decade and were born out of spontaneous rehearsal room-sessions that were only now given final shape. The result is a cinematic musical stream of consciousness, in which many of the songs intertwine and flow into each other.

KATLA are the conceptual and musical brainchild of vocalist and multi-instrumentalist Einar Thorberg Guðmundsson (FORTÍÐ, POTENTIAM) and former SÓLSTAFIR-drummer and visual artist Guðmundsson Óli Pálmason. The duo deliberately took their name from one of the most active and feared Icelandic volcanoes to manifest that the external part of their inspiration relates to the islands ever-changing landscapes and subpolar climate. "The outer landscapes are as important to us as the inner darkness", tells Einar. "KATLA are as much a product of our environment as derived from our state of mind."

KATLA take their art very personally even beyond musical aspects. Cover art, photography, and the handwritten booklet – everything about "Allt þetta helvítis myrkur" has either been created by the duo or by their relatives and close friends. "We like to keep things in the family", Guðmundur Óli points out. "Everything is homemade yet up to our high standards." This DIY-approach also applies to production as Einar was responsible for all recordings, mix, master, and cello-samples. The result proves the Icelanders right: "Allt þetta helvítis myrkur" is an emotional tour de force – cinematic, dark, heavily emotional, and utterly mesmerizing.