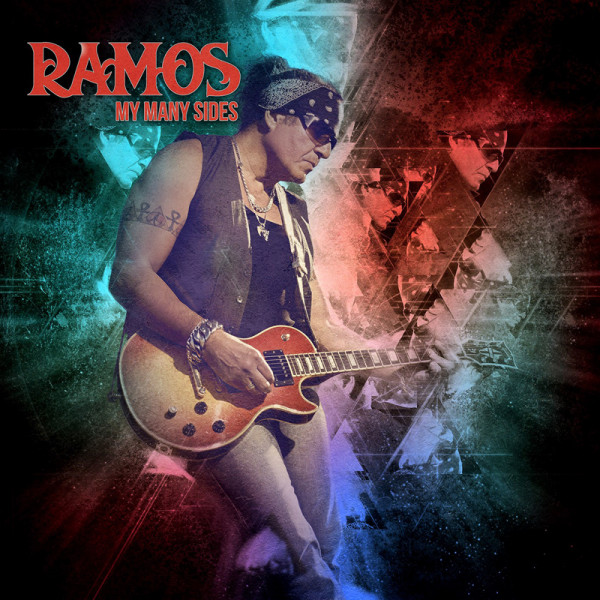 RAMOS – My Many Sides

The exceptionally skilled guitarist Josh Ramos (Hardline, Two Fires, The Storm) released this raw and dynamic solo offering of his a few weeks ago, and if you want crunchy riffs, crashing drums, and proper (melodic) hard rock spirit, “My Many Sides” might just be what you need.

Album opener “Today’s the Day” rules, “Unbroken” is as bluesy as it is memorable, and “Blameless Blue” is an uplifting affair. Ramos does a solid job at changing the pace from time to time and slightly mellower parts often make an appearance and offer a sense of variety. The vocals are generally superb but that should come as no surprise considering that such renowned musicians as Eric Martin (Mr. Big), Danny Vaughn (Tyketto), Harry Hess (Harem Scarem), Terry Ilous (XYZ), John Bisaha (The Babys), Tony Mills (ex-Shy), Joe Retta (Heaven & Earth), and Tony Harnell (ex-TNT) all appear on the disc. The latter’s voice graces “Immortal”, which is one of the highlights here. “Same Ol’ Fears” and “Moving On” are strong tracks with a vigorous groove and dangerously cool riffs to them while “I’ve Been Waiting” and “Forefather” are moving, heartfelt pieces. The record does lose a bit of steam and momentum towards the end, which is a shame, but closing track “I’m Only Human” is noteworthy thanks to its epic chorus. The use of keyboards and Hammond is fabulous too in that Michael T. Ross, Eric Ragno, and Alex Alessandroni Jr. add color and texture to the proceedings.

“My Many Sides” is arguably not the most thrilling or solid rock album you will come across this year but it is most definitely a diverse and highly enjoyable listen for the most part. In short, Ramos and his talented cohorts have crafted a well-written hard rock LP that packs a punch, and it sounds like a true labor of love and is overflowing with passion. Fans of Hardline and the likes ought to check this one out.