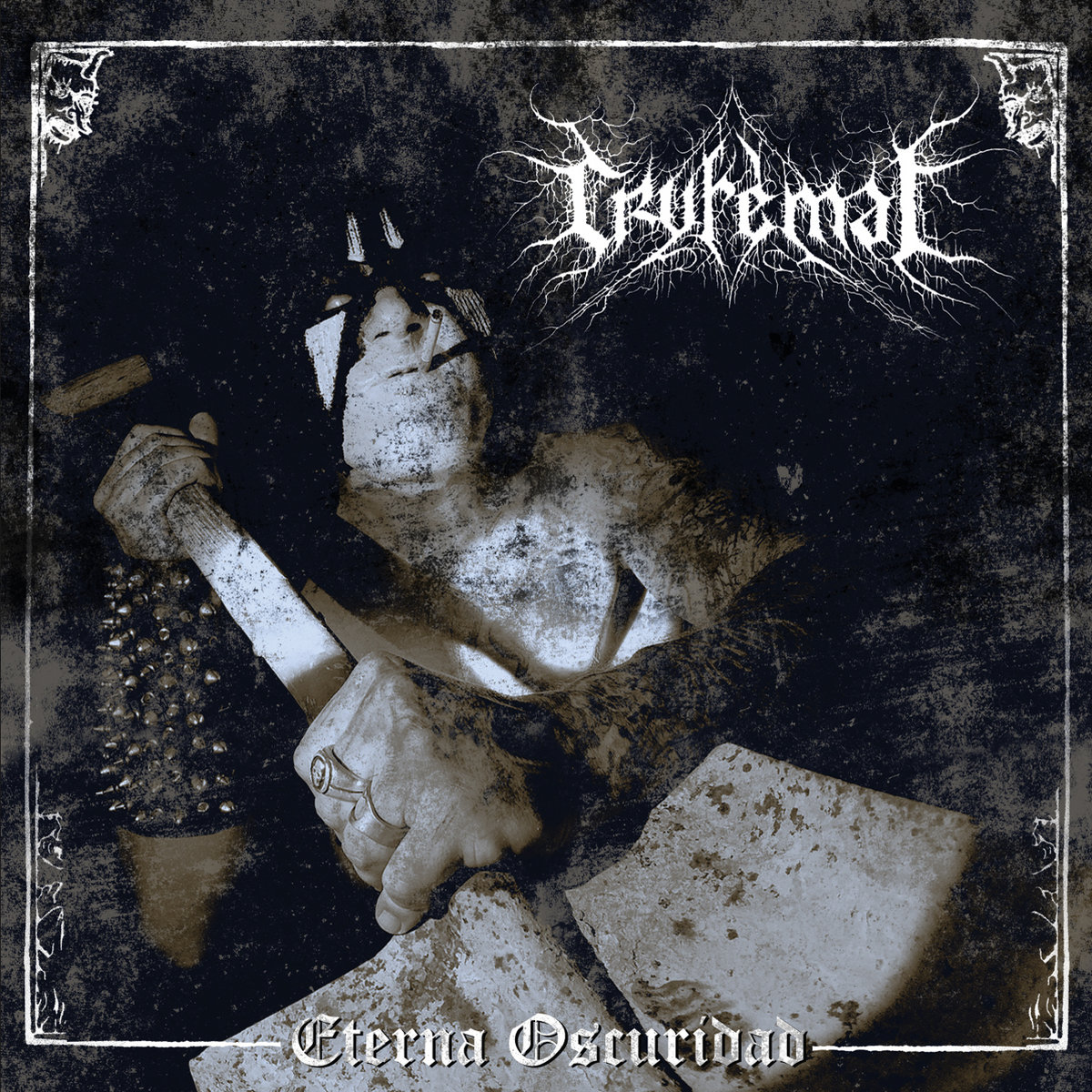 The twisted Spanish black metal duo known as Cryfemal has been a productive one and quite a few releases have seen the light of day since its inception back in the late 90s. “Eterna Oscuridad” is the outfit’s latest offering and is comprised of nine dark hymns that revel in filth and despair. Raw to the bone and displaying all the underground lo-fi aesthetics that one associates with the band, Cryfemal delivers a vicious slab of semi-psychotic black metal that walks that fine line between being relatively melodic and utterly harsh. In other words, these guys are sticking to their guns and “Eterna Oscuridad” bears all the characteristics and trademarks of the group’s sound and style, which also entails that there is nothing new to be discovered here as such.

It is a fairly linear record to some extent but not necessarily a one-dimensional piece, and there are some interesting ideas and good tracks to be discovered here. The standout tune is the strangely epic yet unsettling “Culto A La Muerte” where the keyboards complement the wicked guitars superbly and add a sinister touch to the proceedings. Another highlight is the intense “Crematorio” thanks to its strong riffs while the closing track “Eternidad” is a suitably bleak way to wrap the entire thing up. The record’s latter half is better and more memorable than the first half, so the whole affair does leave something to be desired in terms of coherence and retaining momentum throughout.
Well-executed but arguably not as gripping as it could have been, “Eterna Oscuridad” is a morose and potent piece of work that grimly dwells in the darkest corners of the black metal netherworld. Worth checking out if you are feeling either depraved or depressed.