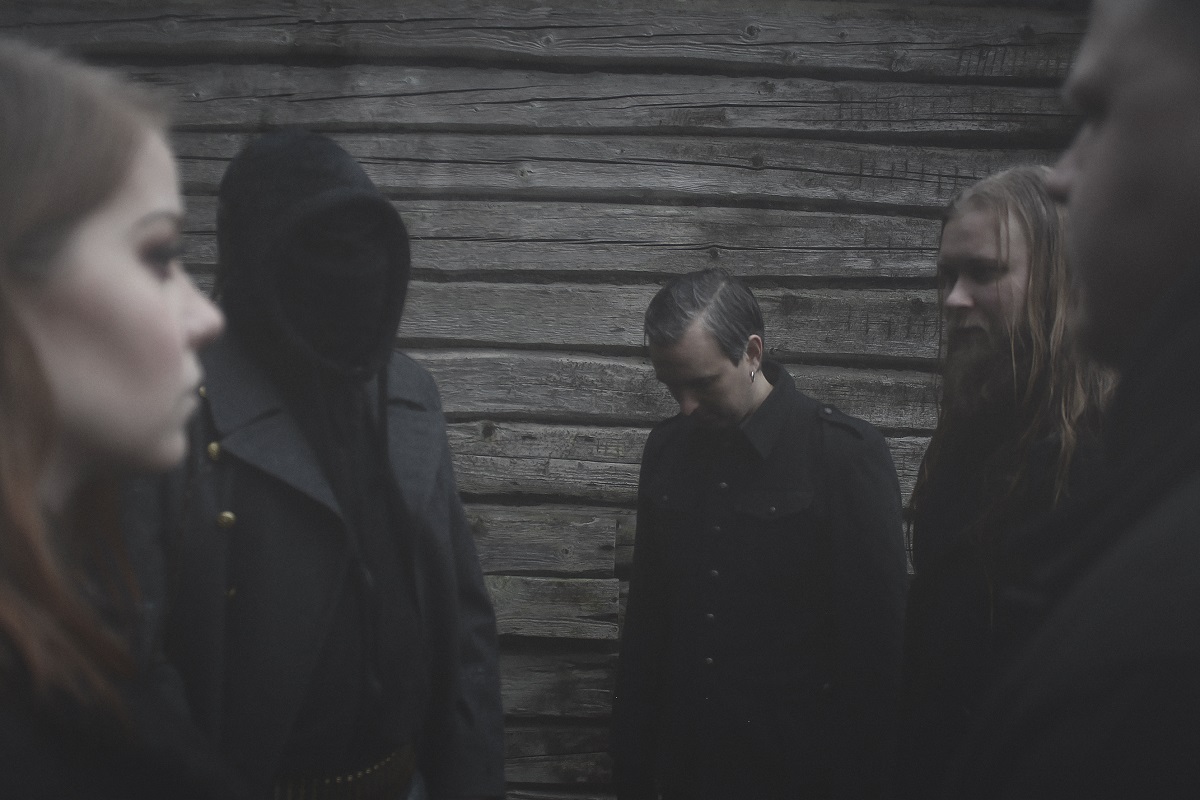 Hiidenhauta’s third album, “Riivin”, is most easily labeled as folk-influenced black metal, but above all it is a balanced ensemble of Finnish Devil which represents both humanity, mischief, but also an eternal will of revenge for those who do wrong. This album exudes the band’s ability to regenerate and transform. Once again, Hiidenhauta is like a story they created: earthy, raw, angry, but also sounding like the endless beauty of nature. On the record, the band takes another real leap into a new area where it tears and breaks, and just when it’s used to be still, it leaves again and looks for new trails to carry.

Hiidenhauta began composing and lyricizing the third album in the summer of 2019, and in December of the same year, it marched into the studio with its backback full of the band’s best songs. Through a few twists and turns, the theme of the album eventually became “The Devil in Finnish folk tradition”, the discovery of which the band’s singer-lyricist Tuomas describes it:
“In the beginning, the idea was to make a theme album about gnomes and such creatures in Finnish folklore, and other perhaps more invisible characters. However, after reading books like “Myytillisiä tarinoita”, “Suomalainen piru” and “Olevaisen yöpuoli”, it was pretty clear that the theme of the album must be the Devil in the Finnish folklore, which at first glance may seem like a rather worn out subject more than the first thought about it. The Finnish Devil is versatile; it can be a moral guardian, vindictive, cruel, helpful, playful, humane, visible, invisible, and everything in between. It’s a concrete and at once strangely multi-level figure in folklore, and people’s experiences of the Devil have been mind-bogglingly realistic. And it must be remembered that the Devil of Finnish folklore is not even remotely related to the Devil of Christianity, and these should not be confused with each other.

The songs on the album were born really naturally without much pain. A few ideas come right from the aftermath of the previous album, but all the songs were put together between the summer and winter of 2019. Four of the songs are composed by our guitarist Otto, four by our bassist Henri, and I composed one song myself, as well as vocal melodies for each song. For the first time in the band’s history, it felt like the pieces really fell into place, and there was nothing too much at any point, and at no point at any point did the record-making have to make compromises that diminished the artistic value. This time the direction was completely common and the idea of ​​the end result was clear and strong. ”