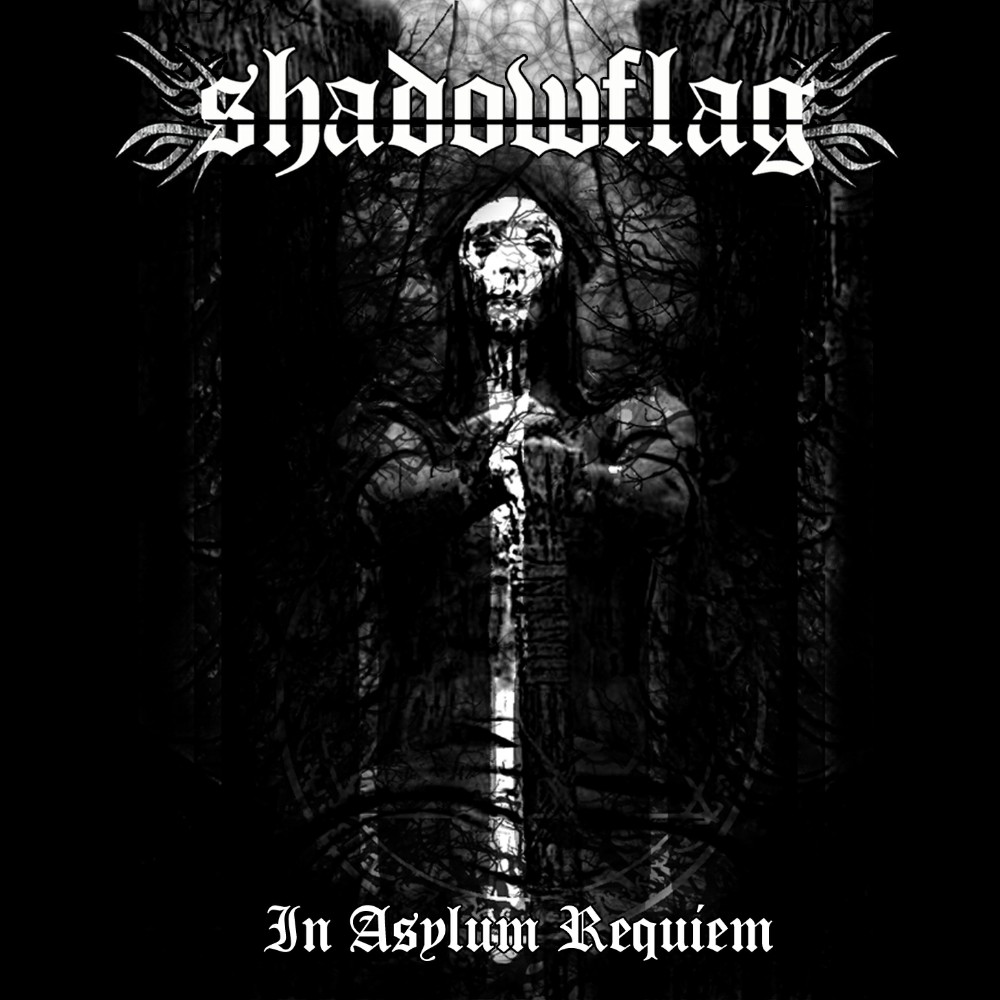 Black metal is not a genre which boasts of fierce originality but there are notable exceptions such the Cheltenham, Gloucestershire, British quartet Shadowflag who has just recently released their 4th album after the eponymous (2013), "The White Grave" (2015) and "The Delusion Machine" (2017) and who presently consists of Graham Preston (vocals), Jake Doherty (guitars), Paul ‘Carps’ Carpenter (guitars), JJ Flames (vocals, bass) with session drums courtesy of Rael Bearman. "In Asylum Requiem" is an impressive if flawed work where influences are notable but negligible in the great scheme of the unique sound.

While all of the 6 compositions are good, the album bereft of fillers, 3 deserve a special consideration: the epic closer "To The Earth, To The Corpse, To The Seas" with magnifiscent symphonic grandure a’la "Death Cult Armageddon" Dimmu Borgir, the "Cruelty And The Beast" Cradle Of Filth-ian "From Agony To Cold", and the Ravencult-ic blackthrashing "One Beast One God" reminiscent of Emperor’s "The Loss And Curse Of Reverence". These tracks have a strong classic 90’s black vibe to them all the more stronger because of the powerful modern production which simultaneously respects genre tradition.

I was tempted to give this 5/6 and I probably would have were it not for the title track which does not seem to be up to par in comparison to the rest. Also, nearly 35 minutes for a symphonic black metal album is a little too short and 2 or 3 more tracks could have made all the difference.

In the end, Shadowflag stands tall firstly on their originality despite the aforementioned influences, secondly on the excellent production and finally mostly interesting songwriting. Fans of 90’s symphonic melodic metal, take heed.