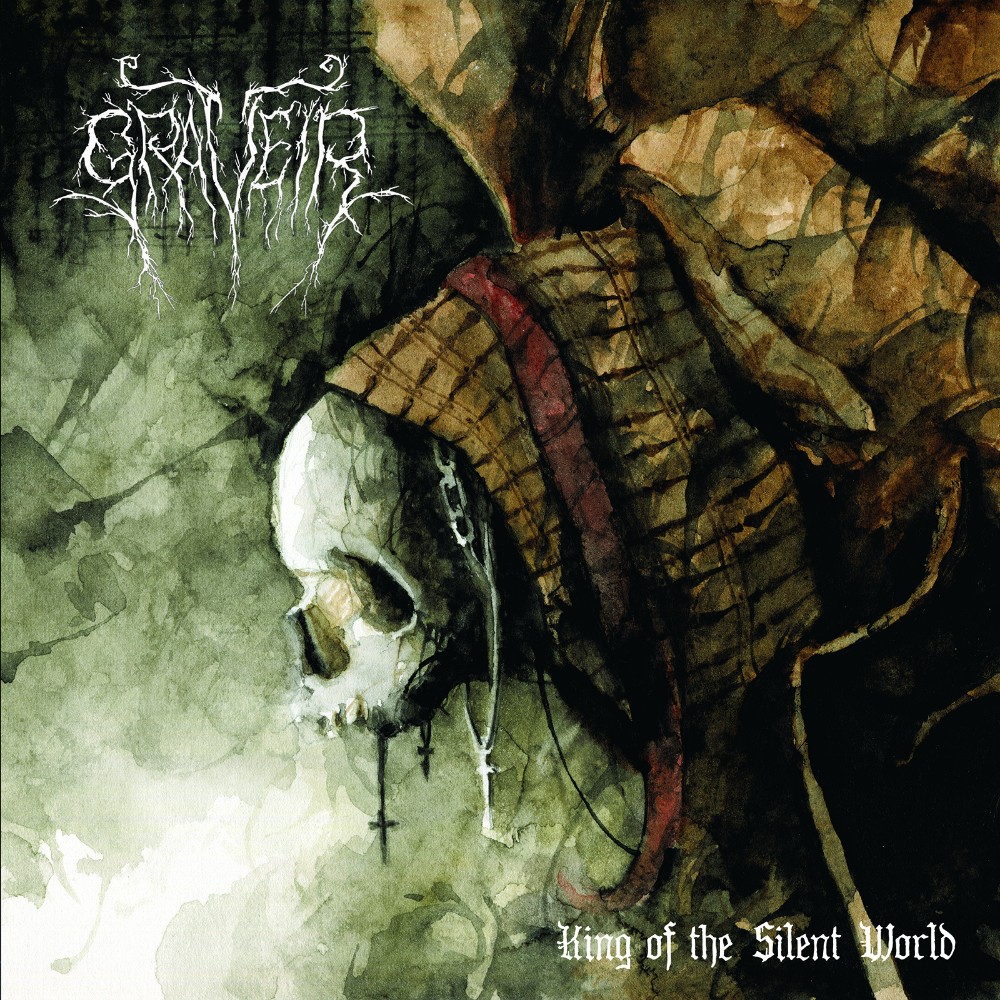 Inspired by the legendary sculptor, Michelangelo, writer Nils Parker said in "The Angel In The Marble" that sculpture, like editing, is about chiseling away at the unnecessary, at the external, in pursuit of the truth and beauty within, and as you diligently cut away at the heavy, burdensome excess, as a result, the angel in the marble begins to emerge. This idea also applies to the art of making music, as artists often say they not so much create new sounds but rather set them free from the confines of silence. Most black metal fans cherish Dimmu Borgir’s 3rd album, "Enthrone Darkness Triumphant" (1997) and rightly so but it is a great example of an angel (or, in this case, a demon) surrounded by excess marble. Dimmu Borgir themselves knew this which is why neither "Spiritual Black Dimensions" (1999) nor "Puritanical Euphoric Misanthropia" (2001) have any of this excess marble, just pure liberated music. But what if someone created an album where this trimming process were described, expounded and brought to light in such a way that the listener felt as if he or she took part in its creation?

Enter Graveir’s 2nd album by a very pertinent title "King Of The Silent World". Known only for the "Caloian" demo (2015), "Iconostasis" (2016) album and "Cenotaph" EP (2018), the quintet featuring Nathan "Gloom" (vocals), Mitchell "Emaciation" Rogers (guitars), Chris "VVoid" Jackson (guitars) and Pandora (bass) is hardly known outside their native Brisbane, Queensland in Australia, yet one revolution of this album, in a just world, should make them Dimmu Borgir’s equals. Graveir could have just made a run-off-the-mill black metal album, and, with the abundant skills they possess, they would not even have to try very hard. Instead, they gave us an album we should and will study for years because it such an innovative work of art.

I purposely used the word "innovative" instead of "original" because Graveir’s influences are right there on their sleeves, be it Dimmu Borgir’s "Stormblåst" (1996) (Bathed in Acheron, Immacolata, Phantasms in Daguerreotype) or "Spiritual Black Dimensions" (In Remnant Light), or Arcturus’ "La Masquerade Infernale" (Scaphism, Fodder For The Gears). Graveir are innovative precisely because they take their influences and combine them in symphonies, each of which drowns in a drone akin to the one in Fear Factory’s "Timelessness" at its conclusion. And these symphonies are actually fun to listen to such as the brutal sheer black metal of "Scaphism", with that abrasive riff reminding you why you love so much the metal genre most akin to classical music. I dare you to remain indifferent to the favorite, "In Remnant Light" driven by echoes of Dimmu Borgir’s "Dreamside Dominions" or deny Graveir mastery of their instruments in the severely weird but fantastically mindnumbingly technical "Fodder For The Gears". You want your black metal more melodic and doomy? "Immacolata" and the horrifying "Waiting…" are your favorite tracks. Miss "Abduction"-era Hypocrisy and their long alien obduction-driven ballads? That same "Immacolata" is that and so much more. All you have to do is just put on your headphones (please don’t play it while you’re making a toast, it deserves so much more than that), then sit back comfortably and absorb.

While "King…" is an excellent release it has its faults, namely, "Charnel Bacchanalia", "Bathed in Acheron" and "Phantasms in Daguerreotype" which are very good songs, per se, but pale in comparison with the aforementioned standouts or even the slightly post-metal closer "Father, Devourer", for intricacy and richness of detail largely missing from the former three.

Fantastically sounding both ancient and modern, innovative, catchy and demanding at the same time, "King Of The Silent World" is some of the best progressive black metal in recent memory. Immerse yourself and thank me later.