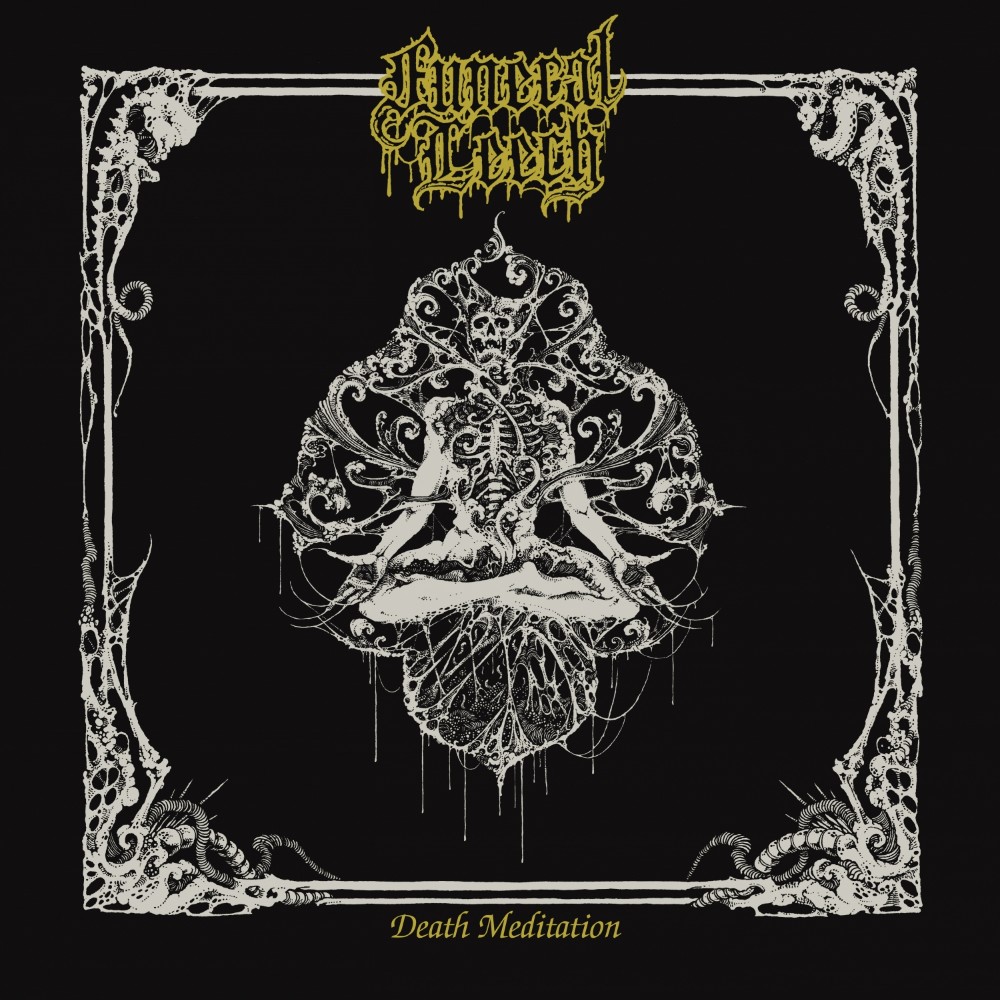 As I have previously stated in other reviews, today’s death/doom scene greviously suffers from lack of original thought, mostly stuck between Anathema, My Dying Bride and Paradise Lost points of the ancient Peaceville paradigm, which, given that 2 out of 3 of these legends are currently still very doom/death, seems pointless. I think, looking at the New Yorker quartet Funeral Leech, whose past accomplishments are just one "The Funereality" demo (2017), the key is in creating a unique atmosphere and climate using classical genre ingredients. That is exactly what Lucas Anderson (drums, vocals), Zack Chumley (guitar), Alex Baldwin (guitar) and Kevin Kalb (bass) present on their debut album, "Death Meditation", with an excellent result.

While half of the album is Peaceville with some strong Obituary-ic vibe (Statues) and Black Sabbath-ian eponymous riffing (The Burden Of Flesh) it is the 2nd album half which truly shows what these guys are capable of. From the melodic, ultraheavy Asphyx-ian eponymous "Lament" through the favorite, perfect Lost Paradise-ic/My Dying Bride-ian epic "Morbid Transcendence" to the closing Ulcerate-ian groove of "I Am the Cosmos ", the Americans prove death/doom can still be both innovative and exciting even without leaving the genre.

Funeral Leech really surprised me with their debut album and it quickly became one of my favorite genre offerings in recent memory. If you like Peaceville done right and with a one of a kind climate of the olden times, "Death Meditations" may just be what you’re looking for.

TRIVIUM – What The Dead Men Say