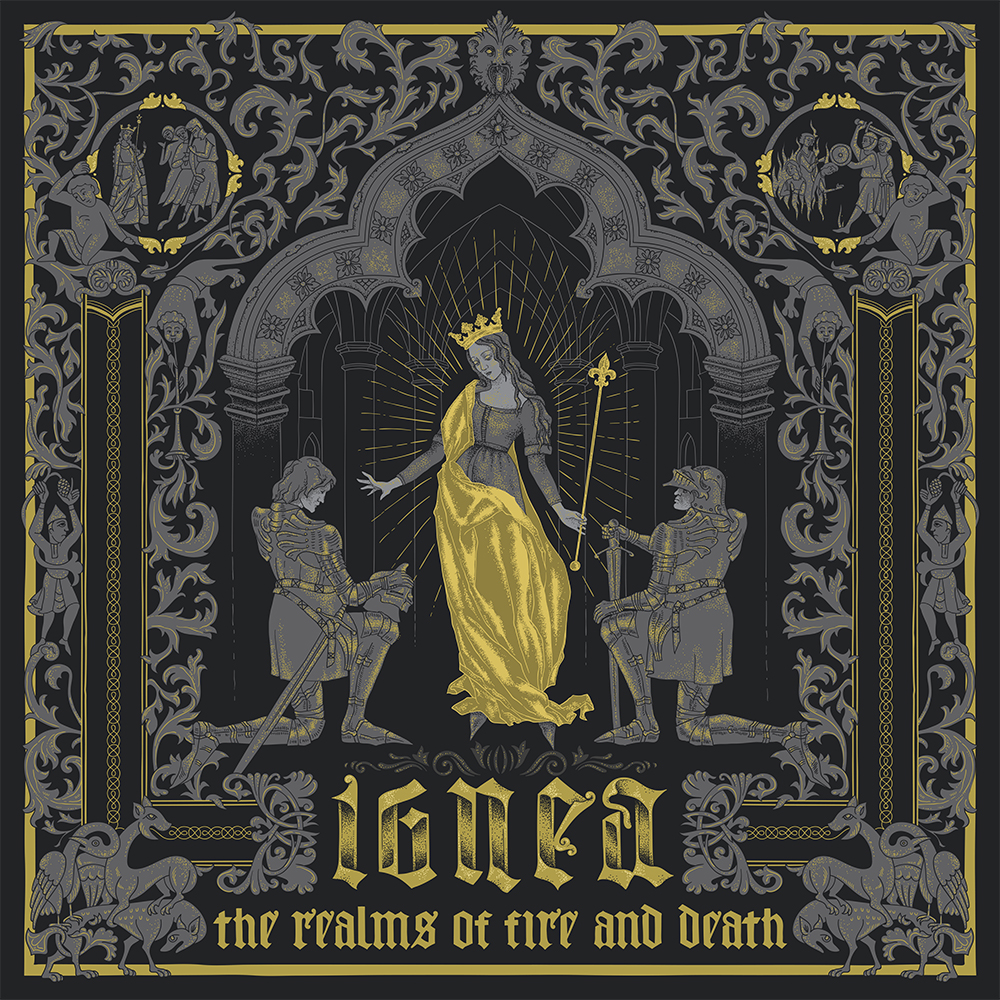 IGNEA – The Realms Of Fire And Death

If former Arch Enemy vocalist Angela Nathalie Gossow started singing in sensual Ukrainian on "Wages Of Sin" or "Anthems Of Rebellion" some people would be surprised, although Ignea’s Helle Bogdanova sounds just like her when death growling on the Kyiv-based progressive metallers’ 2nd album. Born as Parallax in 2011, they released "Sputnik" EP (2013) and became Ignea, releasing "The Sign Of Faith" (2017) debut followed by the same in all-instrumental form a year later. The new album, "The Realms Of Fire And Death" was recorded as the aforementioned Bogdanova, Dmitry Vinnichenko (guitars), Xander Kamyshin (bass), Zhytnyuk (keyboards) and Ivan Kholmohorov (drums).

Since Ignea is a progressive band, we can and should expect genre melding, and that’s exactly the case on "The Realms…". Already the strange theatrical opener, the video single "Queen Dies" marries the aforementioned Arch Enemy (Doomsday Machine) with Nile, but the following Ukraininian-sung "Чорне полум’я" (Black Flame), goes full on Behemoth with Nevermore-ic verses, yet with a bass-heavy, techno beat. "Too Late To Be Born" is even faster, more brutal if shorter Behemoth, while "Gods Of Fire" and "Jinnslammer" are both excellent contemporary Dark Tranquillity and therefore very similar, and, together with the half gothic/half huge slow epic metal "Disenchantment" are three of the album’s back-to-back highlights.

While the other tracks contribute to the album’s diversity they also kill the momentum and make it seem as though Ignea wasn’t sure of what it was doing. Some are very surprising such as the skillful "What For" where flamenco and then acoustic guitar gives way to keys, although rhythm sounds like something written by Ricky Martin in his spare time. On the other hand, both the aforementioned opener and the Korn-like "Í tokuni" (Eivør cover) are not up to their own comparative standard. Finally, the English version of track 2 is actually better than the original and should have been used instead.

Ignea’s "The Realms Of Fire And Death" is a very good, impressive and very versatile work of a band just on its sophomore release. Despite the flaws which informed the score, there are many great tracks, and the album is recommended to Behemoth, Arch Enemy and even Dark Tranquillity fans. I am sure the best is yet to be heard from Ignea.