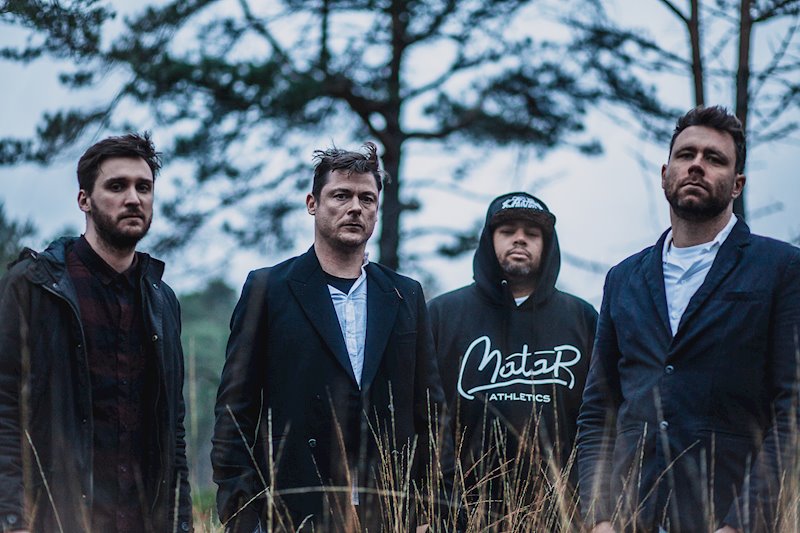 Belgian progressive metal/hardcore unit BEAR will release their Propaganda full-length this May via Pelagic Records. BEAR invokes the spirit of great hardcore bands of the ‘90s; bands like Catharsis or Gehenna, bands whose raw energy, uncompromising delivery, and relentlessly violent performance was as energizing and invigorating as it was puzzling for the oftentimes baffled audience, who had their teeth caved in by guitars thrown in their direction, and a frontman charging through them like a derailed freight train, coming to a flaming halt at the end of the room, behind the mixing desk.
BEAR hails from Antwerp, Belgium’s second largest city and home to a thriving local metal and hardcore scene since the ‘90s, which is when members of BEAR first met. This year marks their 10th anniversary as a band. With three albums released since on Let It Burn and Basick Records, performances at festivals such as Graspop, Roadburn, Rock Herk, Euroblast, UK Tech Fest, Complextiy Fest, and headlining tours throughout Europe and India, the band has made themselves a name in the heavy music underground scene as one of the most punishing live acts out there.
In advance of the release of Propaganda,here’s the brand-new video for “Gutter Love”, about which the band states "“Gutter Love is about being brought to your lowest point by love. Being dragged into the gutter where the feeling turns into an intense hatred. It’s a reminder of the lengths people will go to, to preserve whatever remains of a love that has turned sour.”"
Propaganda is an album against propaganda; against the manipulative character of communication and product-placement that we face each time we turn on the TV, walk through a supermarket, or tune in to Spotify without a paid subscription. And while blatant ideological propaganda is being camouflaged behind product propaganda within an endless floating spectrum of ever-growing, artificially created needs and demands, ideology is as a matter of fact constantly being reinstated and affirmed. BEAR alludes to all of this with metaphors and artwork referencing historic propaganda and the political practices used by the terrible dictators of the 20th century presented in a pop-art style that is equal parts ironic and iconic. BEAR criticizes propaganda by making Propaganda of their own with their very own aural bombs, symbols, and manifestos.
MetalSucks: “At various points, Propaganda dips its toes into the mathcore experimentalism of early Dillinger Escape Plan and Car Bomb, the fiery noise rock of Unsane and Today Is The Day, and — as on Propaganda’s first single, ‘Apollo’s Heist’ — the sublimely elastic groove of Meshuggah and Intronaut. All of these elements are wrapped up in adroitly-written songs that combine sheer aggression with infectious hooks in the best possible way.”
BEAR will unleash Propaganda May 8th on CD, LP, and digital formats. Find preordering options below.