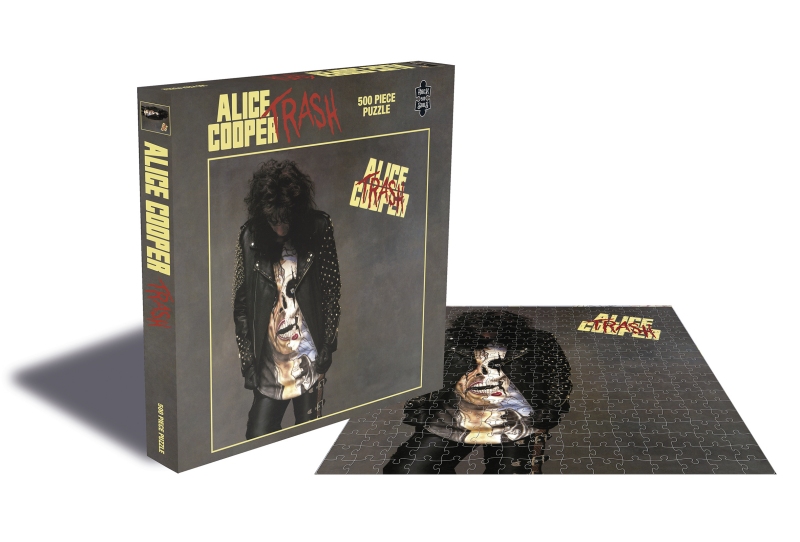 Zee Productions will release two classic SCORPIONS album covers, "Blackout" and "Lovedrive", two classic ALICE COOPER album covers, "Welcome To My Nightmare" and "Trash", and three classic STATUS QUO album covers – "If You Can’t Stand The Heat", "Rockin’ All Over The World’ and "Quo" – as a 500 piece jigsaws, in April 2020, on Zee Productions imprint Rock Saws. The iconic arts of some of Rock’s most influential and highly regarded albums is presented in puzzle form for the first time ever. All puzzles come in a vinyl box set sized box, perfect to fit alongside a vinyl record collection.