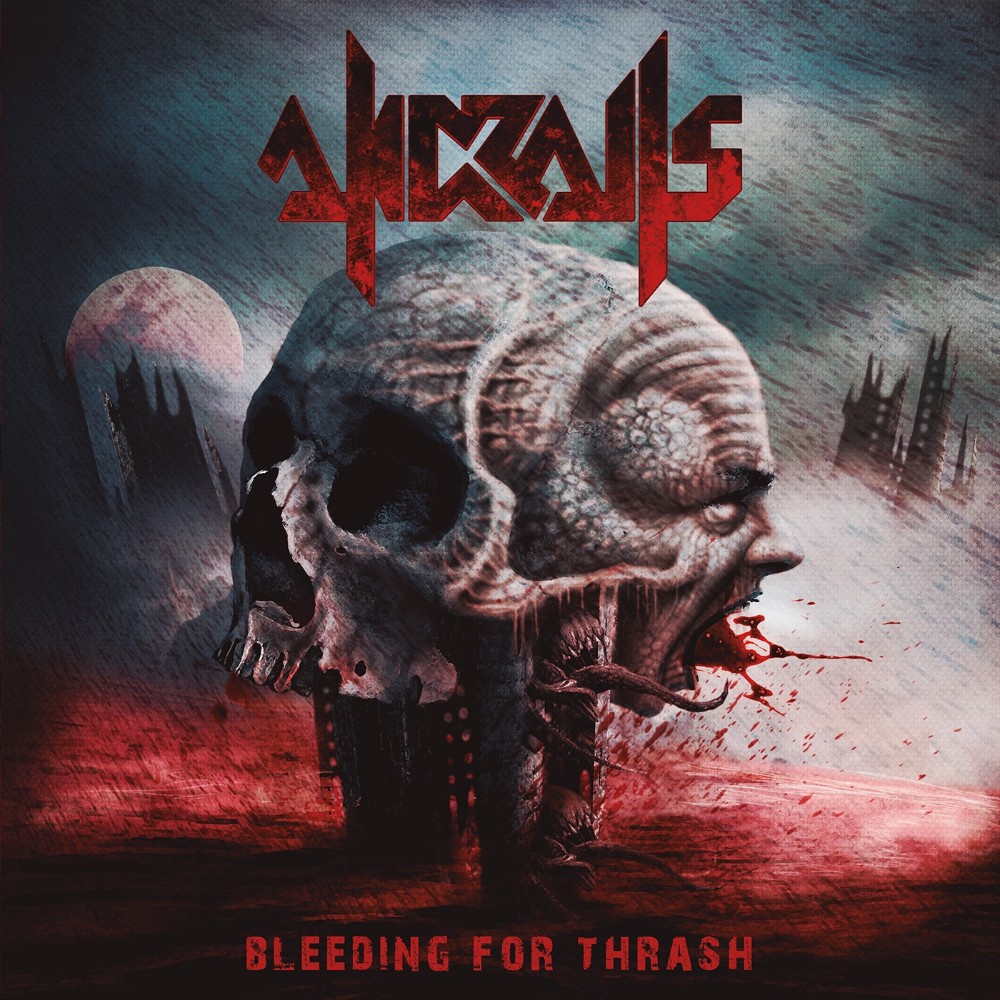 Sometimes a reviewer’s task is similar to the gold seekers after the gold rush: seek the precious ore though you shall find none. The Brazilian "fastthrash" outfit, as they call themselves may be bringing 6th album for your consideration, but they sound like debutants on the telling and pretentiously named "Bleeding For Thrash", so much so that I actually thought this was a new band prior to doing any research.

Founded in 1998 (!) in São Paulo, Brazil, Andralls, consisting of Alex Coelho (vocals, guitars), Felipe Freitas (bass) and Alexandre Brito (drums), play thrash metal that could rightly be described as "Chaos A.D." Sepultura meets "Cause Of Conflict" Kreator by way of Ratos The Poráo. It’s interesting that the band’s name is derived from Andraus, a building that collapsed after a fire in 1972, killing 16 people and injuring 330 other in São Paulo, Brazil, because it becomes, perhaps unintentionally, predictive of the content, which falls flat on its face and quickly buries any hope of redeeming quality with one minor exception. The album leaves a faint, quickly passing impression and even less memorable moments, unless you count the title track which actually has a discernable, fairly catchy chorus.

The biggest flaw is that too much of this stuff borders on stylistic plagiarism, "Noiséthrash" aping Sepultura’s "We Who Are Not As Others", the primary example. This can be excusable for a debut but not for a band with a 22 years and 6 albums on their belt. The lesser flaw is that this is, essentially, pure thrash undiluted by any other genre, which in and of itself guarantees a flat and boring experience, for no other genre, except maybe for power metal, ensures such an effect when undiluted.

While the skills and abilies of the Brazilian trio never come into question, (which saves them from scoring too low) their ability to write a compelling song after over two decades of existence sure does. Highly unrecommended unless you just like anything thrash and/or you are metal-ly undescerning.