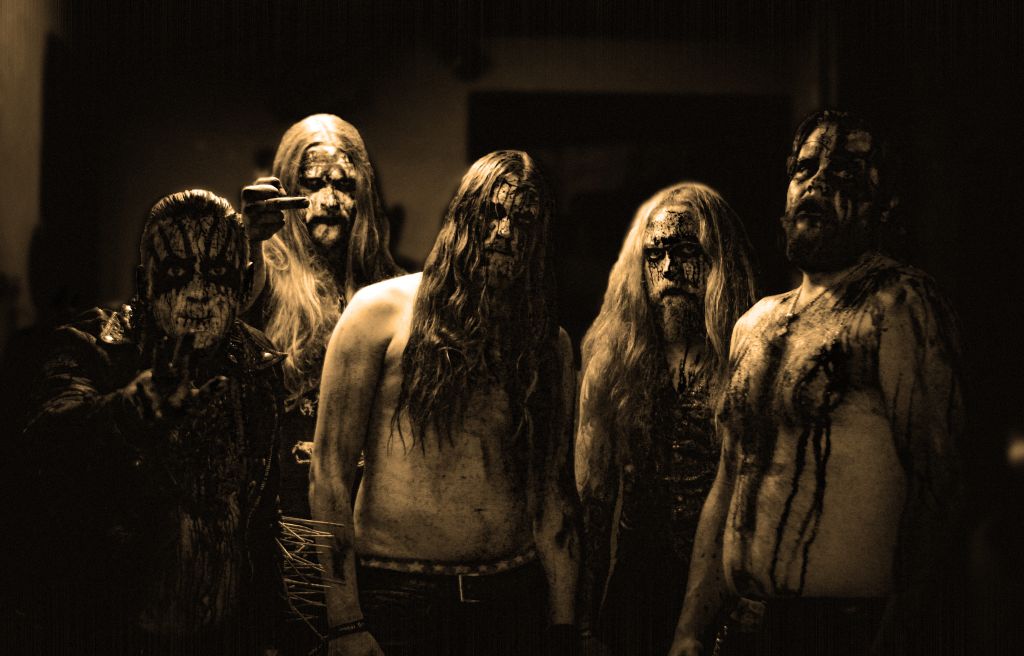 SVARTTJERN return to the front with their fifth full-length entitled "Shame Is Just A Word"!

True Norwegian Black Metal, infused with tastes of flesh, satan and misanthropy! Featuring an amazing artwork by Linda K Røed and a cover version of Exodus’ classic "Bonded by Blood".

"The stars have aligned. The planets are in place. Forget your joy and embrace your fear. The new Svarttjern album is here. Dive into Svarttjern’s basement of lust and rust! Ride the fleshtrain, bathe in the cesspool of fat, gurgle the lube or let it soak. Show your true self and shake off your invisibility cloak. Embrace your shame. Shame is just a word."

SVARTTJERN was formed by HansFyrste and HaaN as a two man project in 2003. The two brothers soon decided to bring more musicians to the band in order to perform live and to reach new levels. Later that same year Skabb, Grimdun and Fjellnord were added to the line-up. Over the next years, two demos were recorded, "Blasphemic War" and "Raped by Svarttjern", but SVARTTJERN were still working towards an own sound, so not much time was spent with the demos. In 2007 SVARTTJERN parted ways with Skabb and Terror stepped in, bringing fresh blood to the fold. The band was now ready to record a three track demo that finally showed the sound they had been working on for so many years. "Demo 07" was mainly sent out to labels and only printed in very few numbers for sale.

SVARTTJERN signed with Schwarzdorn Production and released their first full-length entitled "Misanthropic Path of Madness" in February 2009. The debut reached great feedback and reviews. The second album "Towards the Ultimate" was published in 2011 by Agonia Records and took their extreme art to the next level.

Between 2012 and 2013 the band mostly focused on playing live shows and wreaking havoc among the people, but in 2014 they presented their third and even more brutal full-length "Ultimatum Necrophilia", released by NoiseArt Records. Afterwards they managed to get on tour with some of the most iconic bands within the scene like Behemoth, Cradle of Filth, Inquisition and In Solitude.
Their highly acclaimed fourth album, "Dødsskrik", followed in 2016 and was released via their new label Soulseller Records. Several highly acclaimed live shows were conducted including Maryland Death Fest and Party San Open Air to name a few. During 2017 and 2018, SVARTTJERN concentrated their focus towards new material. This period took longer then expected due to the long distant relationship between the members, but they made it work.

Now, their new beast "Shame Is Just A Word" is ready to be unleashed! Dive into SVARTTJERN’s dungeon of shame and embrace the madness!