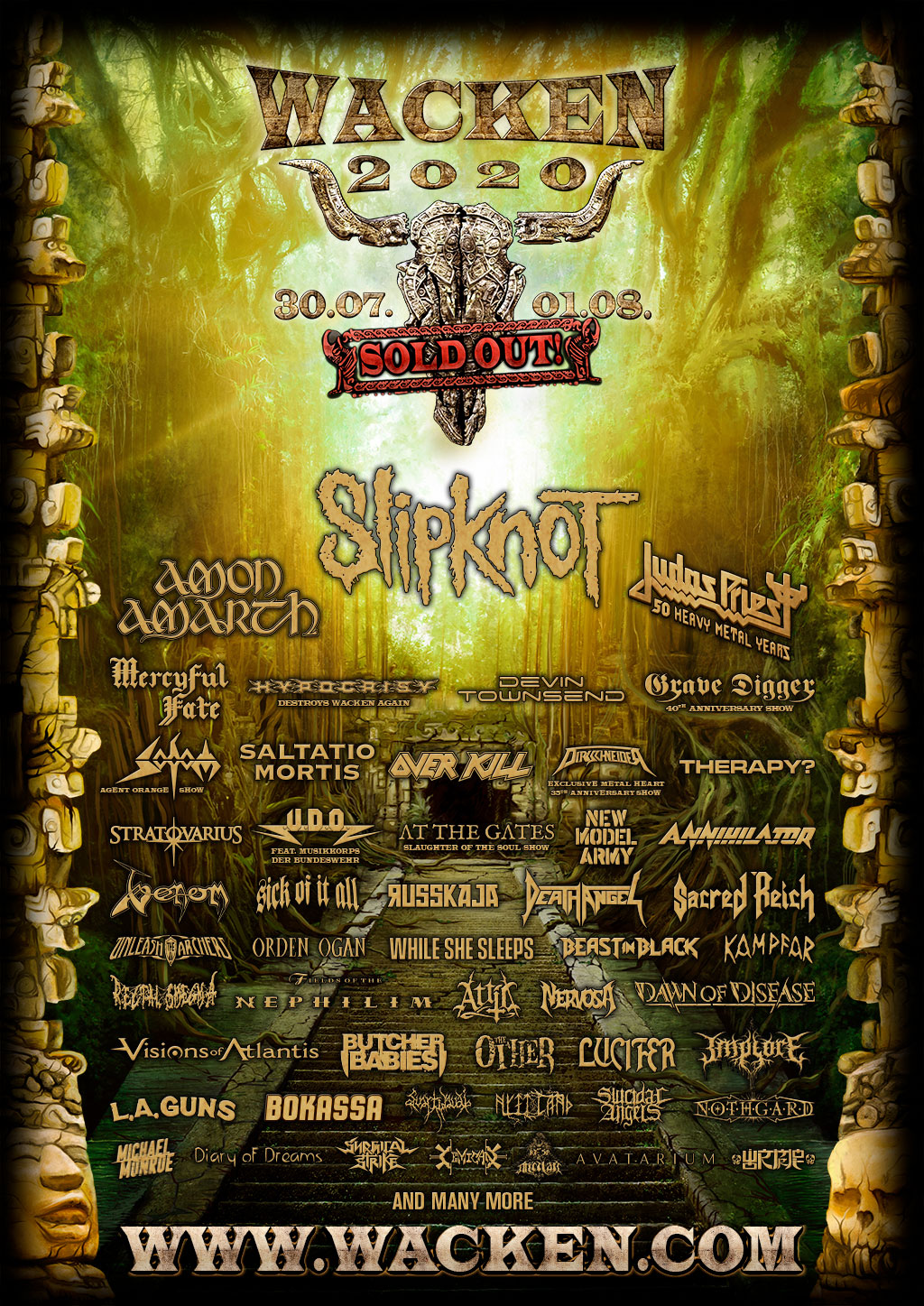 The 6th of December is a special day for German kids: According to local tradition deriving from the Christian Saint Nicholas, and "nice" children are given sweets and other treats. Naughty kids are taken care of by Nicholas’ companion Knecht Ruprecht (Servant Rupert), who supposedly delivers a spanking with a cane. Since such antiquated parenting has been abandoned and we in Wacken are also fully aware that our amazing fans are always on their best behaviour, we are handing out a bag full of musical treats today.

Thomas Jensen comments: "We are glad to be able to announce such musical highlights as NEW MODEL ARMY, SALTATIO MORTIS and STRATOVARIUS to celebrate this day," says the festival co-founder. "We are doing our very best to offer treats for friends of all the different styles of hard and heavy music, but just in case that someone might feel left out today: no worries, there will be more great bands annonced during Advent and on Christmas Eve."

There has been a change to the traditional Wacken Open Air Advent Calendar (xmas.wacken.com) as we are not announcing new bands on each day this year. Of course, on some days new bands are still being reveald, but on other days we are instead offering high-quality prizes from merchandise to vouchers and entertainment technology. Since December 1st, the following new bands have been confirmed for the 31st edition of the Wacken Open Air (in alphabetical order) ATTIC, AVATARIUM, BOKASSA, DEVIN TOWNSEND, FIELDS OF THE NEPHILIM, GRAVE DIGGER (40th Anniversary Show), MICHAEL MONROE, NYTT LAND, THE OTHER, SUICIDAL ANGELS, UNLEASH THE ARCHERS, VISIONS OF ATLANTIS, and WORMROT.

More information about the Wacken Open Air can be found at wacken.com.