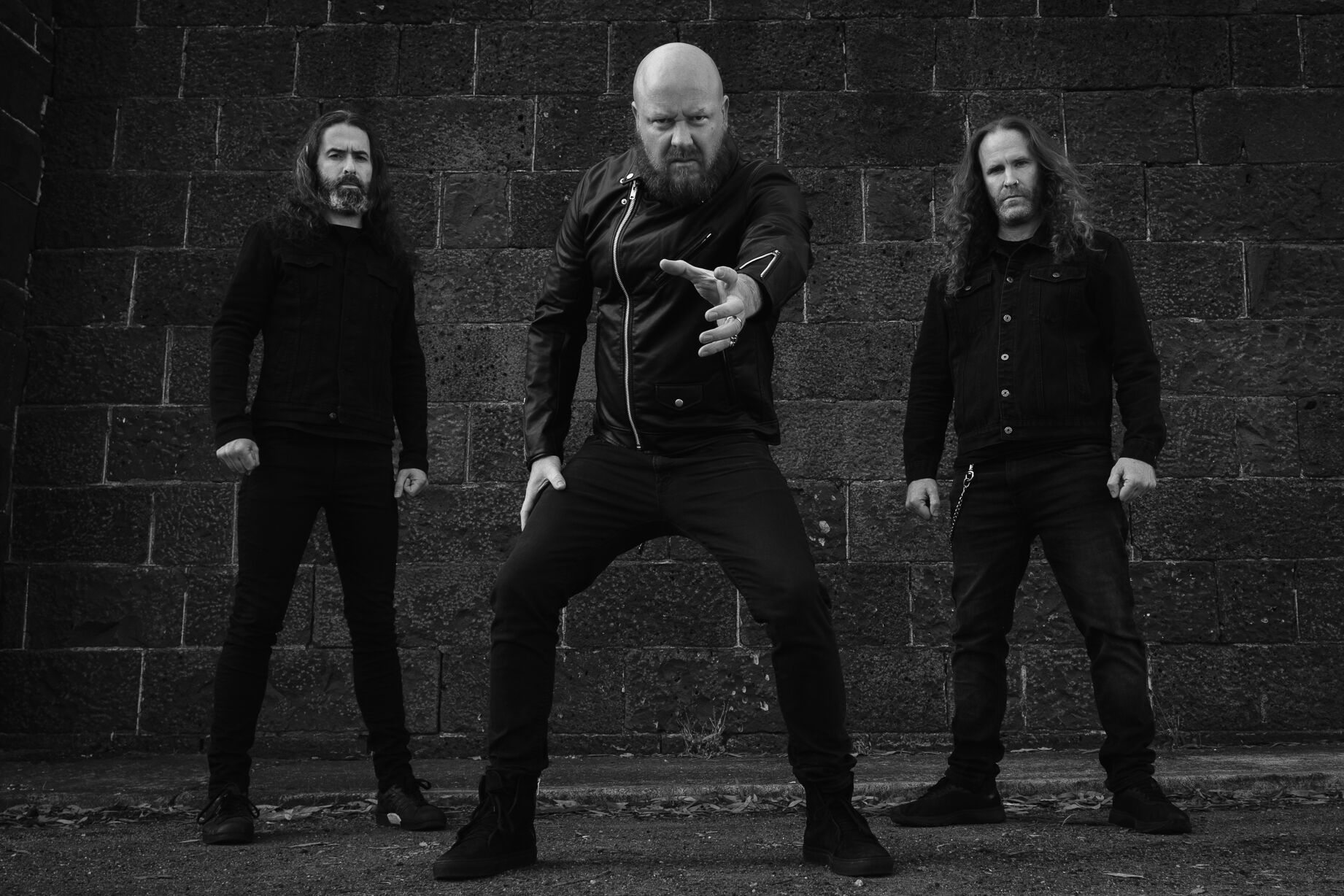 KING finally return to the front after three years with their sophomore album “Coldest Of Cold”. Battle hardened and steeled for the next campaign, and once again Indie Recordings are proud to stand alongside KING to deliver this bellowing war-cry. This time there will be no mercy given and none expected. The melodic black metal triofrom Australia is a force to be reckoned

KING have spent the last two years painstakingly writing Coldest Of Cold with supreme focus and vision on forging black metal of the most monumental scale. As evidenced on their debut album ReclaimThe Darkness, KING have a master’s grasp on creating music that evokes the scathing and pristine art of their forebears, such as Immortal and Satyricon. They inject it with even more triumphant melodic elements and dynamics, giving it an immense musical and emotional scope. Coldest Of Cold takes that initial statement of intent and expands on it. No less grandiose and magnificent. With this album, KING have looked into the heart of darkness and delivered a truly savage and callous piece of work, even more richly evocative and transportive. With a stronger drive toward grippinghooks and charging choruses, none of the subtlety and nuance has been sacrificed. The melodies and composition of these new songs are still carrying the beauty and awe of Reclaim The Darkness, but the emotional journey dwelves deeper into the bleak abyss while never forsaking the

The album “Coldest of Cold” will be out on November 22nd , and today, the band is premiering album’s third single and lyric video titled “Star”.
Listen to the single here:

The band has commented: "Star is one of our favourites from the album and was inspired by mankind’s long term fascination with nature and the cosmos. It was a song that came together really naturally during the writing process and has a great mixture of cold riffs, old school bluesy guitar lead topped off with an anthemic chorus! ….Staaaarrrrrrrgggghhhh"

Following the debut album is not a small task. Reclaim The Darkness was hailed as an impressive and exceptional debut release, earning them great reviews and press quotes like
“Everything is so impeccably performed and produced that you would assume this band has been around since the 90’s and this is their eighth album” by Ghost Cult Magazine
“[…] from the very first notes of the first track I am sold –the production is crisp, the riffs and guitar melodies are memorable and vocals complement the arrangements particularly well. […] The musicianship throughout is very impressive.” by Metal Obsessionand
“[…] this a fantastic debut. One that will leave me inanticipation for their sophomore outing.” by Angry Metal Guy, jut to mentiona few.

With the debut album, KING toured Australia and New Zealand several times, including supporttours for Inguisition, Enslaved, Ruins and Paradise Lost, and a headline tour. With Coldest Of Cold, KING has kept on the path of great musicianship and songwriting, and have crafted an album that will take them further and beyond. Coldest Of Coldis without doubt a darker and more attacking album, packed start to finish with one anthem after another. Still uplifting, but less of a ‘raise the flag, troops’ rallying-cry and more of a ‘this must be done and I will be obeyed’ decree of a KING who has seen too much and knows that the path to glory will first lead through hell. This KING is a tyrant of necessity with ice in his veins and the burden of a vulnerable world on his shoulders. The time spent on making this album combined with the talent of the three musicians makes a powerful black metal release.