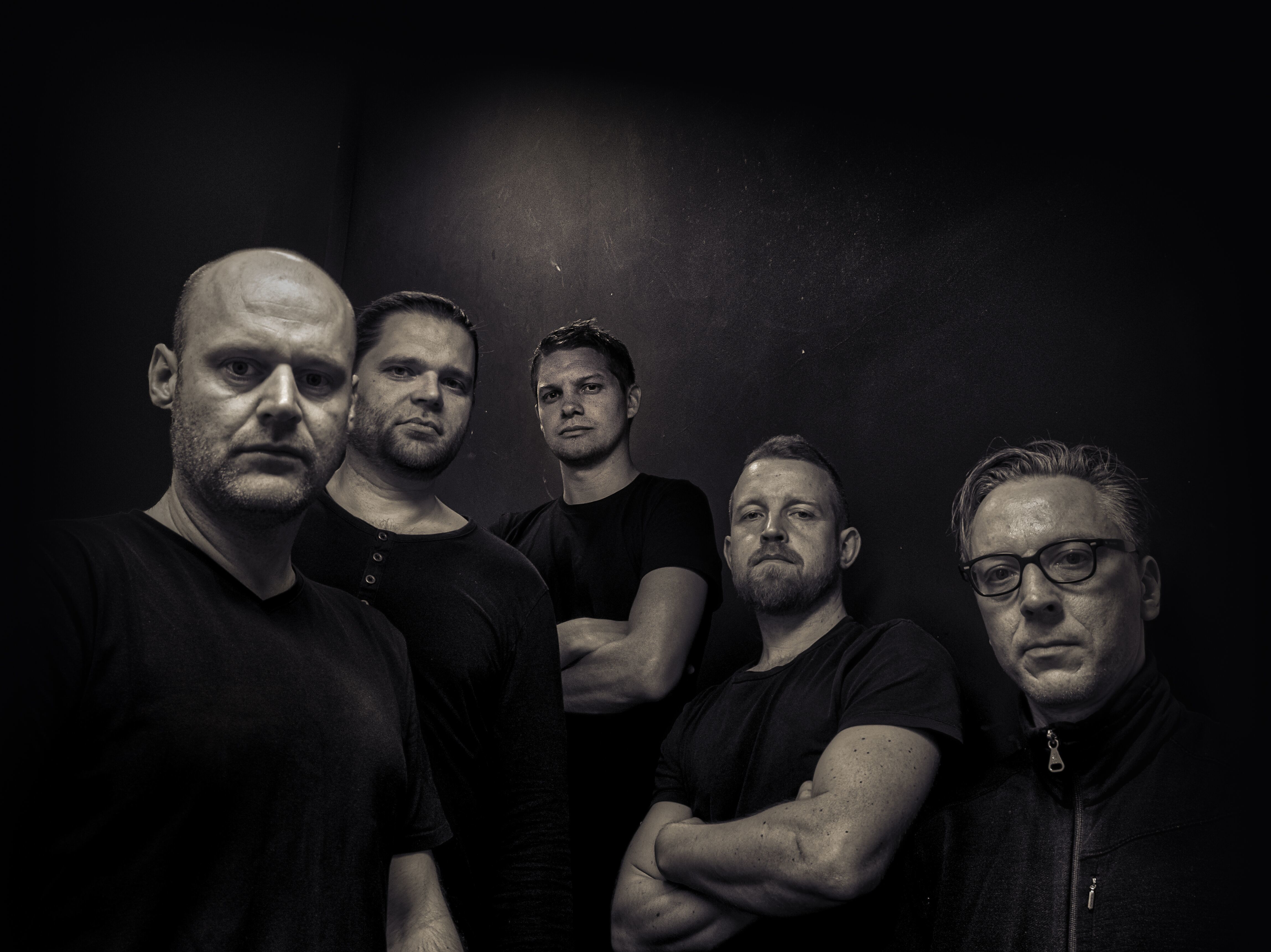 New video from danish death metallers – URKRAFT! To celebrate a proper release of their "secret" album "A Scornful Death" (produced by Tue Madsen)

URKRAFT was formed in 1995 as one of the first bands in the Danish Metal scene displaying a ”New Nordic” expression with lyrics in their Danish mother tongue revolving around the mystery of time and the evolution of man.
Originating from these musical roots the debut album "Eternal Cosmic Slaughter" was released in 2004 and in 2006 The Inhuman Aberration was released by the groundbreaking British label Earache Records.

URKRAFT performed on volcanoes under the midnight Sun in Iceland and supported the great Cannibal Corpse in the proud capitals as well as dark corners of continental Europe. After the recording of their finest piece equipped with the prophetic title "A Scornful Death" the band was put to an uneasy sleep and the music was thrown out for free download.

The Germanic term ”Urkraft” translates into ”primordial force” and thus the bands name refers to those powers that ultimately represent the dark matter that binds the universe together and lays the foundation for our religions, our wars and our unsettling visions.

URKRAFT is once again an active and recording band with the purpose of connecting past and present – in concert as well as on album. Following the release of Urkraft 4th album" Our Treacherous Fathers" in April 2019 and its return to the metal scene the obvious would be to release the 2008 swansong "A Scornful Death" properly. As digital download and on vinyl.

"A Scornful Death" was produced by Tue Madsen – but was never released officially nor sent to the press, so now when URKRAFT is up and running again, the band felt it was about time to get it properly released.

URKRAFT explains:
"In 2008 the world came down over our heads in both music and in private relations and after some heavy touring, we shut us inside our rehearsal space (The Red Room) and with help from various good people, managed to build a somewhat studio. And we started recording.

Everything broken and disruptive in our daily lives came out on that recording. It is by far the most aggressive, beautiful and brutal album we´ve made and is musically the extreme outer point of our present collective discography. It is the album where we experimented and in each our own way had a breathing space for being mad at the world outside the rehearsal and simply let loose the demons. The demons surrounding the band and eventually led to a split. Although the split was not based on anyone being mad at each other at all and we did get a few offers from labels that could have helped us continue, we still needed to drop everything on the floor and that was it – hence the album title; "A Scornful Death".

URKRAFT will perform at Copenhagen Metal Fest on September 21st.