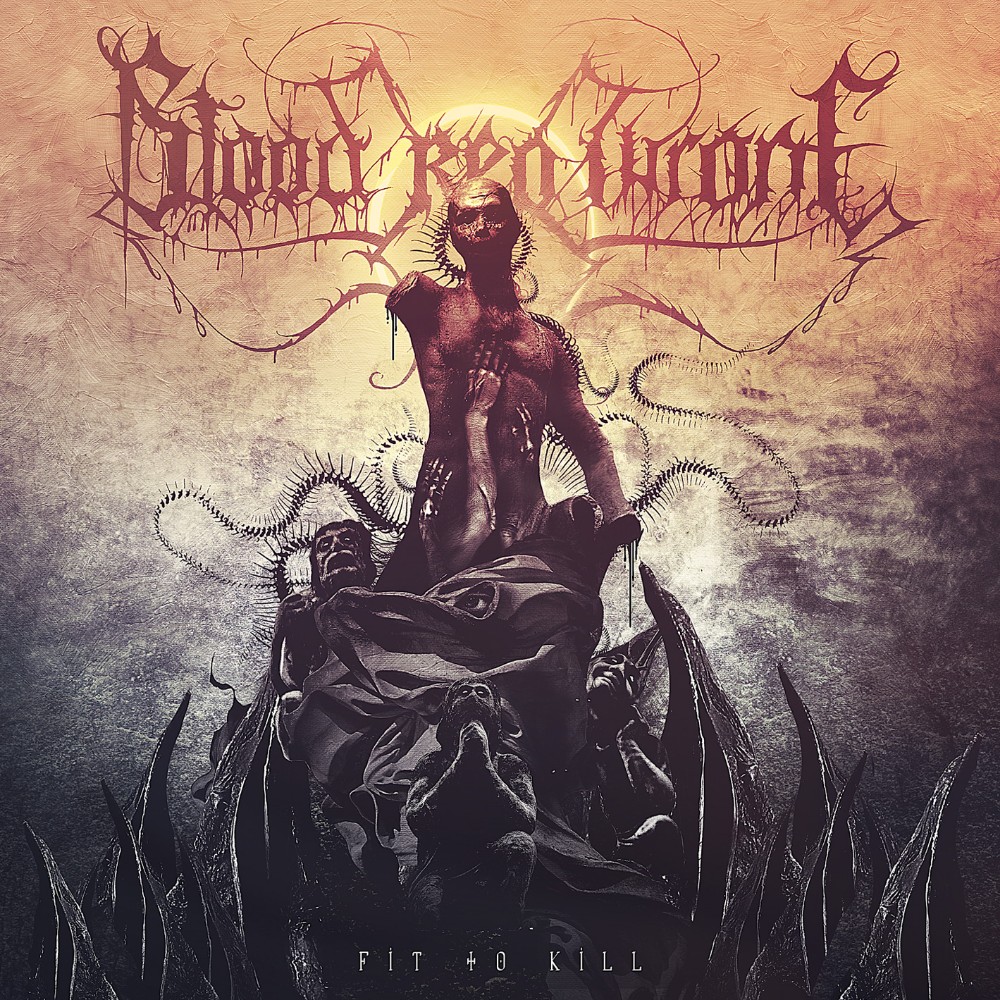 On their 9th album the death metal juggernaut surprises with the most varied and balanced material, as classic influences such as Death or Deicide meet Nile and Hypocrisy with Testament, for a bone and marrow old school death with a tasty progressive flair and hands down the finest album of their career.

Although not part of my Daniel Olaisen series, alas, the new Blood Red Throne album is upon us and old school death metal fans need to pay attention as the guys really upped the ante for this one. Frankly, I can’t believe this is the same band! I was not a big fan of their previous album (Union Of Flesh And Machine) because I could not find too much to hang my ears upon and I suggested they should cross into other genres for the next record. It appears they listened because, while this as old school death as it gets without starting to parody the genre, there are references to hardcore, thrash and even progressive metal, whereas the material is catchier than anything since "Souls Of Damnation", which used to be their best album in my book. But "Fit To Kill" bests everything BRT has ever released while crossing decidedly into that realm Death did with "Individual Thought Patterns". And sure thing, Death being Daniel "Død" Olaisen’s favorite band can be heard loud and clear on this album, especially of "Human" variety. But this influence is not overwhelming and is a much more mature deal than, for instance, "Come Death".

Olaisen, it has been said before but bears repeating here, is a killer riff machine, probably as good as Charles Michael Schuldiner (Death), David Scott Mustaine (Megadeth) or Darrell Lance "Dimebag" Abbott (Pantera), and I know I’m repeating myself from other reviews but when the man consistently proves it what can you do? It seems his AOR/progressive departures in Big City and his solo work have opened his main band to influences previously either unheard of or, at the very least, merely hinted at before. Nowhere is this more evident as on hands down the best track BRT has ever released, the heavily classic Testament-ian and fiercely Nile-istic "Deal It Or Die", over 8 minutes of death/thrash craft and not a second too long. The first single, the masterful "Requiem Mass", where ancient Hypocrisy rears its head, Yngve “Bolt” Christiansen (normally bear growling somewhere between ex-Cannibal Corpse frontman Chris Barnes and Nile’s Karl Sanders) banshee shrieking recalling Peter Tägtgren’s, is a very close second, possibly only because it’s shorter, and is itself followed by "Human" Death-ly "Bloodity", where Olaisen and Ivan “Meathook” Gujic wax progressive a’la Extol’s "Sinergy" (if you don’t know Extol, that’s your loss).

The rest of the songs are not as fantastic (thus the score) but they are still excellent, and among those, I would include the video (third released) single "Skyggemannen" (The Shadow Men), where motoric "Heartwork" Carcass-ian riffs chase melodic Cannibal Corpse-ic/Obituary-ic patterns atop Freddy Bolsø’s fantastic drumrolls, the very catchy "InStructed InSanity", (second released single) with Slayer-esque/early Machine Head-ian dynamics (Bolsø, again, fantastic, recalling ex-Morbid Angel’s Pedro Rigoberto "Pete" Sandoval) and, again, Nile-istic Middle Eastern guitarwork, "WhoreZone", very Swedish old school death touching hardcore, where, again, old Machine Head riffs cascade over "Human"-istic buzzsaws and new comer’s Stian «Gunner» Gundersen’s palpable, pulsating bass lines, or the surprisingly Ulcerate-ian "Killing Machine pt.2" with clear nods to melodeath as on the Monstrosity-ic "Movement Of The Parasites" recalling Arch Enemy’s "Cruelty Without Beauty", – well, there really is not a bad track on this album, truth be told, only some tracks are more technical than others, and some of the more technical ones, such as the closer, apptly titled, "End", tend to be less catchy and vice versa. References to Pestilence, Obituary, Malevolent Creation, in short – all that constitutes ancient school death metal abound, and that, abundantly.

To give you the idea of the progress Blood Red Throne has made on this album let me borrow from the "Matrix", as the difference between the pre-2019 BRT and "Fit To Kill" is akin to that between Mr. Anderson and Neo. Every aspect of this band has been taken to a new level and I, for one, got everything I asked for from this disc. Highly recommended.

MARTIN POPOFF – Where Eagles Dare: Iron Maiden in the ’80s