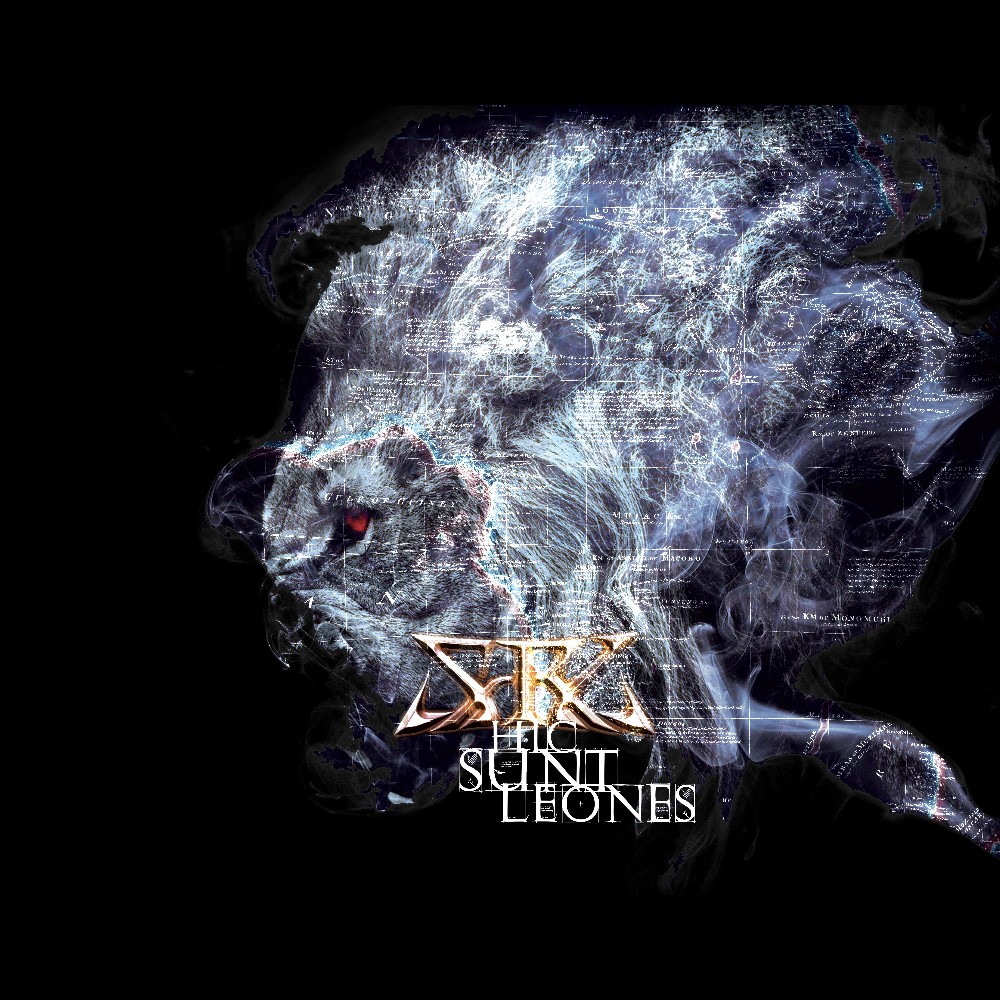 S.R.L. is short for "Società a Responsabilità Limitata" (Limited Liability Company) and the deep meaning of this Italian melodic death/thrash metal group’s name is that society has very little influence on what happens on individual basis. I suspect it is named so in irony because studies show that society actually has great influence on the individual and it is rather the opposite that can be debated. The band has been around for as long as Megadeth’s seminal "Countdown To Extinction" record (1992) yet has barely 4 full lengths to date including the subject of this review. S.R.L’s own bandcamp offers very little in terms of prior discography samples and youtube channel even less, but from what I heard their style went from very melodic, slow and midpaced thrash to beefier more stripped down approach. With this just recently released album they claim to have gone for a powerful blend of heavy, thrash and death metal. Are these things so?

"Hic Sunt Leones" is, indeed, a powerful blend of heavy, thrash and death metal. Credit to the Italians for making the three styles seamless to the degree seldom heard nowadays, giving nods to such classics such as Sepultura’s "Arise", Slayer’s "Seasons In The Abyss", Grip Inc. "The Power Of Inner Strength" At The Gates’ "Slaughter Of The Soul" or Death’s "Symbolic", albums on which genre identification was irrelevant in in favor of just enjoying great metal. Like those, you could, of course, pick apart "Leones" riff by riff in order to assign them to thrash, death or classic heavy metal but why not just enjoy the music for what it is, instead? According to the outfit’s own description, "Hic Sunt Leones" is an Ancient Romans’ motto to indicate the unexplored and unconquered lands, which serves as inspiration to experiment within their own style to taste, and they certainly succeeded in that exploration.

No metal album of whatever genre is possible without powerful, skilled and versatile section and Jerico Biagiotti/Rodolfo "RawDeath" Ridolfi are both pillars and cooperators of what the guitar duo Cristiano "Alcio" Alcini/Stefano Clementini come up with on this record. The production also serves this genre melding purpose, as genres are distinct and real without any one too dominant. As it is often the case, occassional trips to the metalcore territory are notable but they show themselves on my favorite track (Tenebre), with the emphasis on the excellent, memorable chorus. The same can be said of the melodeath influence on the early Soilwork-drenched "Vertigine (Qui Ci Sono I Leoni)". As for the remaining material, most of it is solid along the lines of the influence from aforementioned classics, "Il Museo Delle Cere" of particular note among them. The group really has a knack for memorable and catchy riffs and melodies such as the latter Death-flavored "Di Luna E Deserto" or the classic South Of Heaven/Seasons In The Abyss Slayer-esque transitions in "L’uomo Senza Volto" and "Mezzanotte". Although I must admit the classical sounding closer "Omne Ignotum Pro Magnifico" is ambitious and impressive for one such as I, who don’t usually care for intros or outros, they seem to be better at writing memorable material rather than forging songs out of them, which brings us to the flaws.

Since S.R.L. are generally better at riffs and melodies than songs, there are a few tracks which could have been developed better. The thrashy "Un Sasso Nel Vuoto" recalls MOD and Pro-Pain but, marked by melodic austerity, it lacks a clear chorus. The Kreator-ic/Biohazard-ish "Il Culto" does have a chorus but is, too, marked by melodic austerity. Since Francesco "Khaynn" Bacaro only hard core screams without much variation, though admittedly he does it skilfully and impressively (check out the end of "Un Sasso Nel Vuoto"), those constant persistent screams could get old no matter the musical quality. Perhaps experimenting with having additional band member utilize different vocal style could help.

"Hic Sunt Leones" is an impressive album as a whole, but particular songs tend to blend in together with noted exceptions above. Also, I realize their reasons for singing exclusively in Italian but switching, even gradually, to English could make a difference between the size of a venue to fill in the future with this memorable, powerful and engaging material. Finally, choruses, people, choruses, repeated ones, too, can really elevate the tune in one’s ears. Whether or not you take heed to this advice, in bocca al lupo, signori!