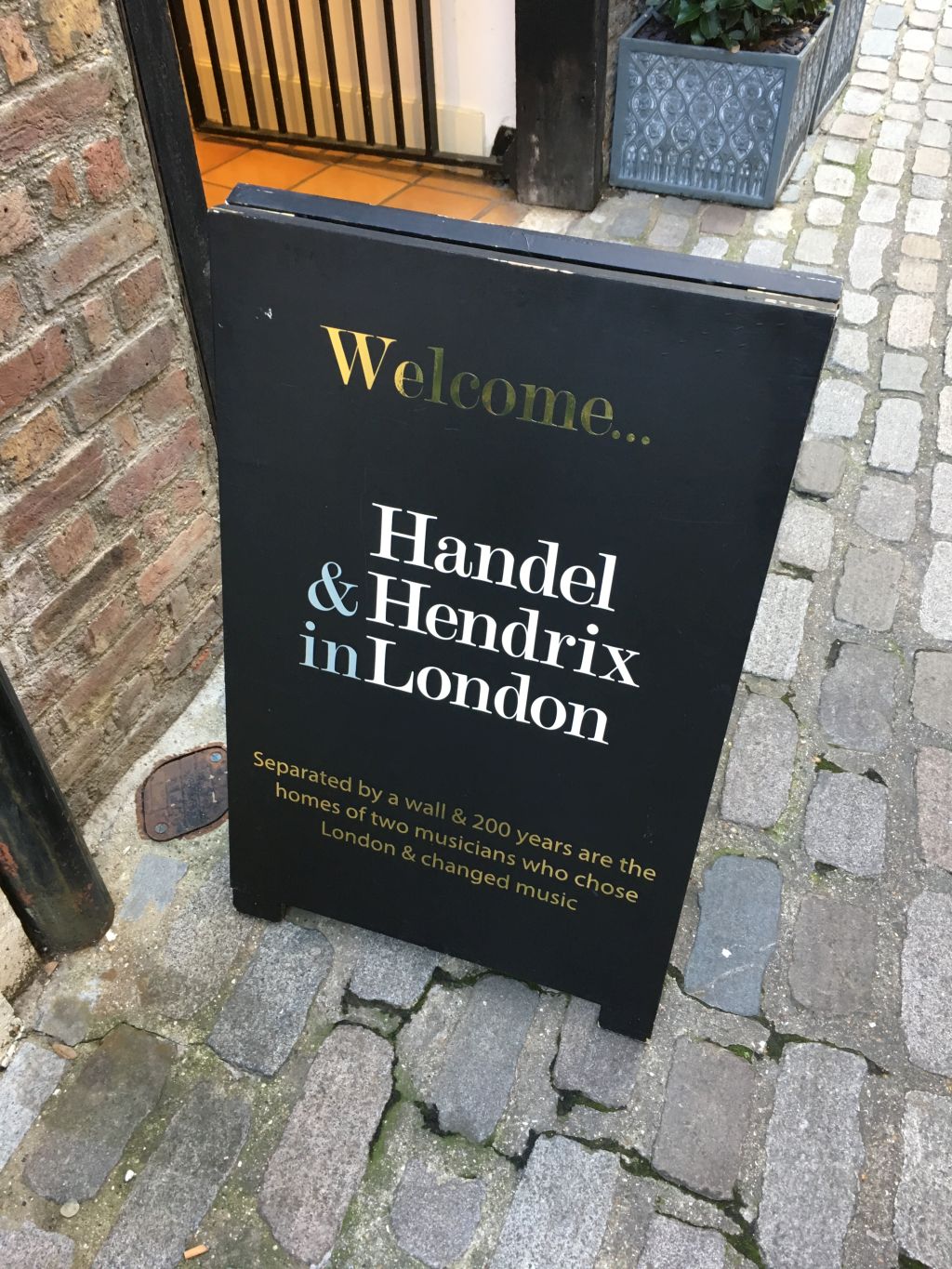 A few days ago, yours truly paid the Jimi Hendrix museum (i.e. Handel & Hendrix in London) in the city’s classy Mayfair district (or in the heart of London’s West End, if you will) and it turned out to be a brilliant experience that was both incredibly rewarding and inspiring on so many different levels. Located in 25 Brook Street, which is literally just a 4-minute walk from the Bond Street tube station, the old house in which both the classical composer Handel and the legendary rock music innovator Jimi Hendrix once lived definitely has a certain charm and atmosphere to it. When looking at it, you can just tell that it has a rich history to it. While Handel lived in the premises nearly three hundred years ago, Hendrix lived there in 1968 and 1969. During those years, he singlehandedly transformed the entire rock music milieu in the UK (and elsewhere, obviously), but the point that I am trying to make is that 1968-1969 were pivotal years and extremely important in relation to pretty much every rock album that came out following the arrival of Hendrix in the UK.

The Hendrix flat is relatively small, but there is plenty to see, read, and hear inside it. I was there for about an hour and I could easily have spent more time there had I been able to. Amazing photos, an informative documentary movie, audio snippets, information about the gigs he performed in the UK, which records he listened to at home, the equipment that he used, where he bought the fabrics for his apartment, and much more are right there for you to immerse yourself in. Just think of all the ideas and songs he wrote while lying on that bed of his in this particular place! One can sense the weight and importance of Hendrix when standing inside his flat and it truly does feel as if one is experiencing something magical in relation to music history. I had the great pleasure and fortune of talking to one of the guides at the museum, which made the whole experience even more rewarding and fascinating. He told me so many interesting things about Hendrix and various anecdotes in such a passionate manner that I could not help smiling all the time I was there. One thing that also struck me when walking around the warm and cozy apartment was that Hendrix certainly was not materialistic by any stretch of the imagination; for him it was clearly all about the music.

The next time you find yourself in London, do yourself a favor and check the Handel & Hendrix museum out and make sure you also check out their calendar online as there are all kinds of interesting activities such as concerts, seminars, and guitar tutorials happening there relatively often. The staff members are friendly and very knowledgeable about all things Hendrix (and Handel), and there is a really cool souvenir shop inside too. Make sure you pay this superb attraction in Brook Street a visit.

LOOK WHAT THE WIND BLEW IN: THE 50th ANNIVERSARY OF THIN LIZZY