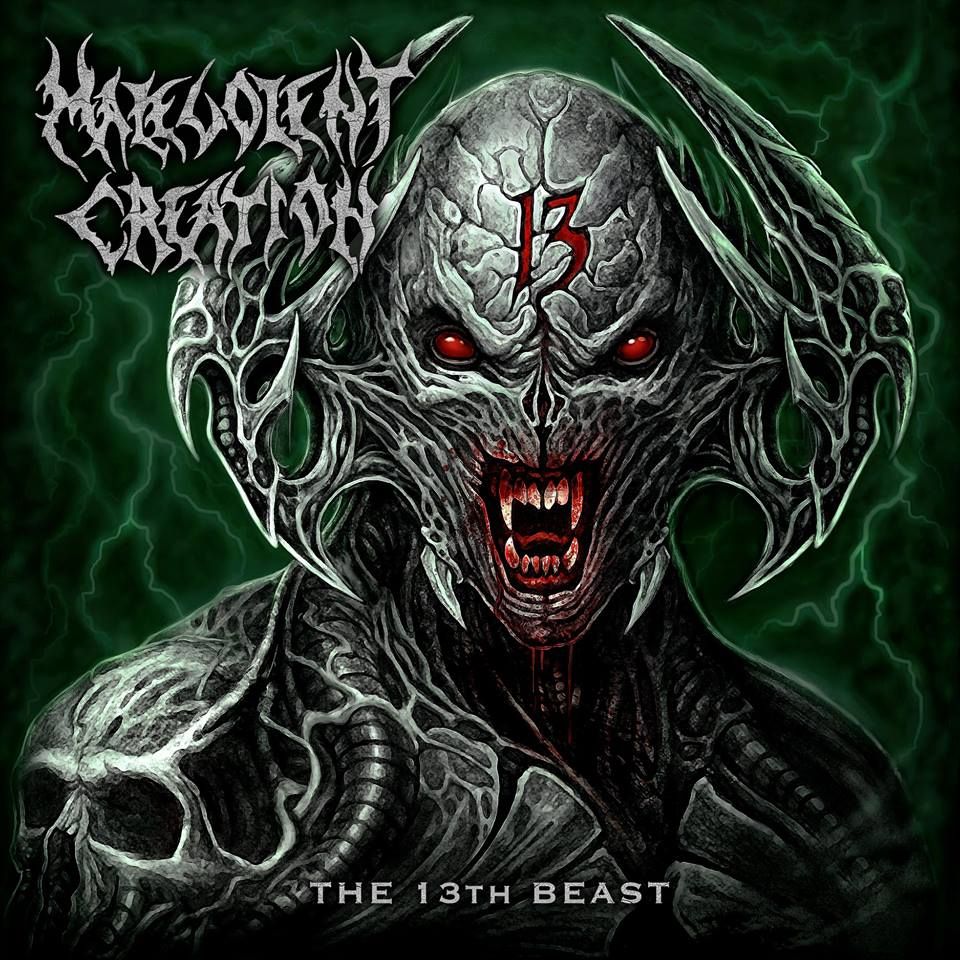 Malevolent Creation are releasing their new album entitled "The 13th Beast." It was natural to interview new vocalist Lee Wollenschlaeger own perspectives about his latest release. following the untimely death of the vocalist and founder Brett Hoffmann in 2018. I inquired about what to expect from the new album comparing it to previous releases.

I must concede that in spite of Malevolent Creation having undergone a significant change in their line-up, The 13th Beast still preserves much of the original essence. In addition to providing more insights into what to expect from the album, there is also information to be found about the upcoming tours, and the production that this time again was done by the renowned Swedish producer Dan Swanö.

The interview is available as audio

MALEVOLENT CREATION started their career in 1987 in Buffalo, NY, where they recorded and distributed their first demo. Moving to a more fertile music scene in Florida they produced their second demo with a pressing of 1,000 copies. Finally, a third demo the following year recorded by Scott Burns at Morris Sound which landed MALEVOLENT CREATION a record deal with Roadrunner and the first full-length album titled The Ten Commandments, considered by many to be one of the strongest Death Metal debut albums.

The recording process for the following albums, such as Retribution, and Stillborn, were riddled with line-up changes, the beginning of a common occurrence that has since become a MALEVOLENT CREATION trademark. As mastermind Phil Fasciana sums it up, "If you’re too slow, you’ve got to go". Never allowing the revolving musicians to affect the power and skill of the band in a negative way, the rotation only added mystery and fan interest in the next step of the band’s career. Continuing to fight their martial battles stronger and stronger with each release, MALEVOLENT CREATION labeled ‘The Mike Tyson of Death Metal’ never let anyone down with new additions or replacements.

The bestial terror from Florida continued to release more albums spewing forth Eternal, Joe Black, In Cold Blood, The Fine Art Of Murder, Envenomed, The Will To Kill, Warkult and Doomsday X, followed by releasing one of their best albums to date Invidious Dominion