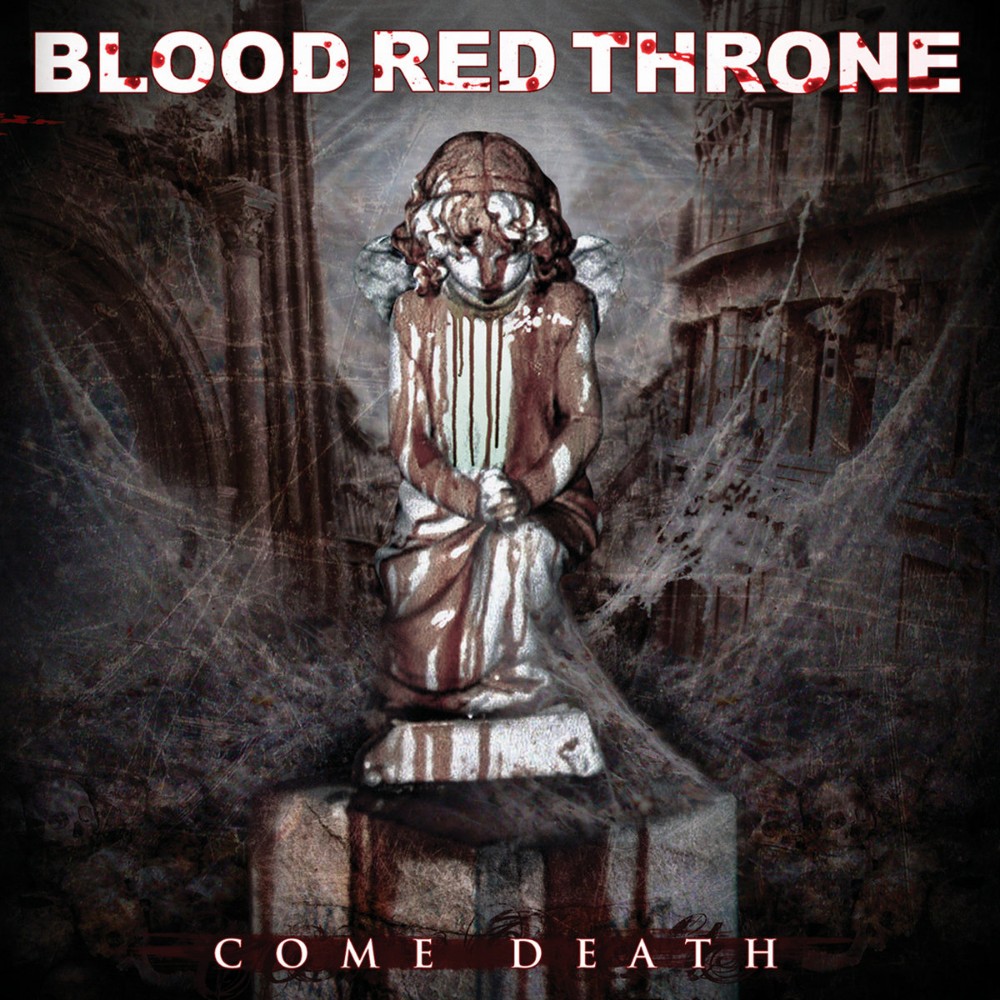 2007? Really? And not only that but this site already has a review for this particular album. In fact, not only this one but also other Blood Red Throne albums. Regardless, in the coming month or so I will revisit "Soul Of Damnation", "Brutaritarian Regime", "Union Of Flesh And Machine" plus three Zerozonic albums, all of which courtesy of one prolific trooper, Daniel "Død" Olaisen (guitars in both) who had sent me all those CDs last year and waited very patiently for my reviews according to my promise "each one gets one". Well, now is the time, Daniel, sorry I took so long.

The Norwegian death metal ensemble was formed in 1998, not too long after bassist Terje Vik "Tchort" Schei left Emperor after "Into The Nightside Eclipse", yes, right around that nasty church-burning business and the Helvetto Circle crimes. Terje became a second guitarist in Blood Red Throne and, after the first three releases, none of which I am familiar with, this here "Come Death" was released, with vocalist Osvald "Vald" Egeland, bassist Erlend Caspersen and drummer Anders Faret Haave completing the lineup at the time.

A reviewer by the name of Vidar summarized this album on this site "American death metal, the Norwegian way" and he was spot on. Classic Death and Obituary records rear their heads on the favorite, the opener, "Slaying The Lamb", joining Malevolent Creation on "Rebirth In Blood" or Slayer on the closer "Another Kill". Thankfully, the riffs, while not terribly original, are tasty catchy and never overstay their welcome. The most cohesive and catchiest tracks seem to be the first three (Slaying, Deranged Assasin, Rebirth) but the remainders have some really great moments such as a bass+acoustic latter Death pattern around 3:00 mark in "No New Beginning" or a thrash metal transition around 2:00 mark in "Taste Of God". There’s plenty to sink your ears into.

The biggest flaw of this disc is the repetitive nature of the material combined with inconsistent songwriting, or could it be the strength of the first three songs that outshines the remainder? When a cover (Gorguts’ "Disincarnated") is the best track on the second half clearly things could be better.

"Come Death" may not be Blood Red Throne’s best album but it stands proud in their discography. At this point, while powerfully produced and flawlessly executing, they still sounded a little derivative and inconsistent, but it was corrected on future, more compelling releases.

OF HATRED SPAWN – Of Hatred Spawn