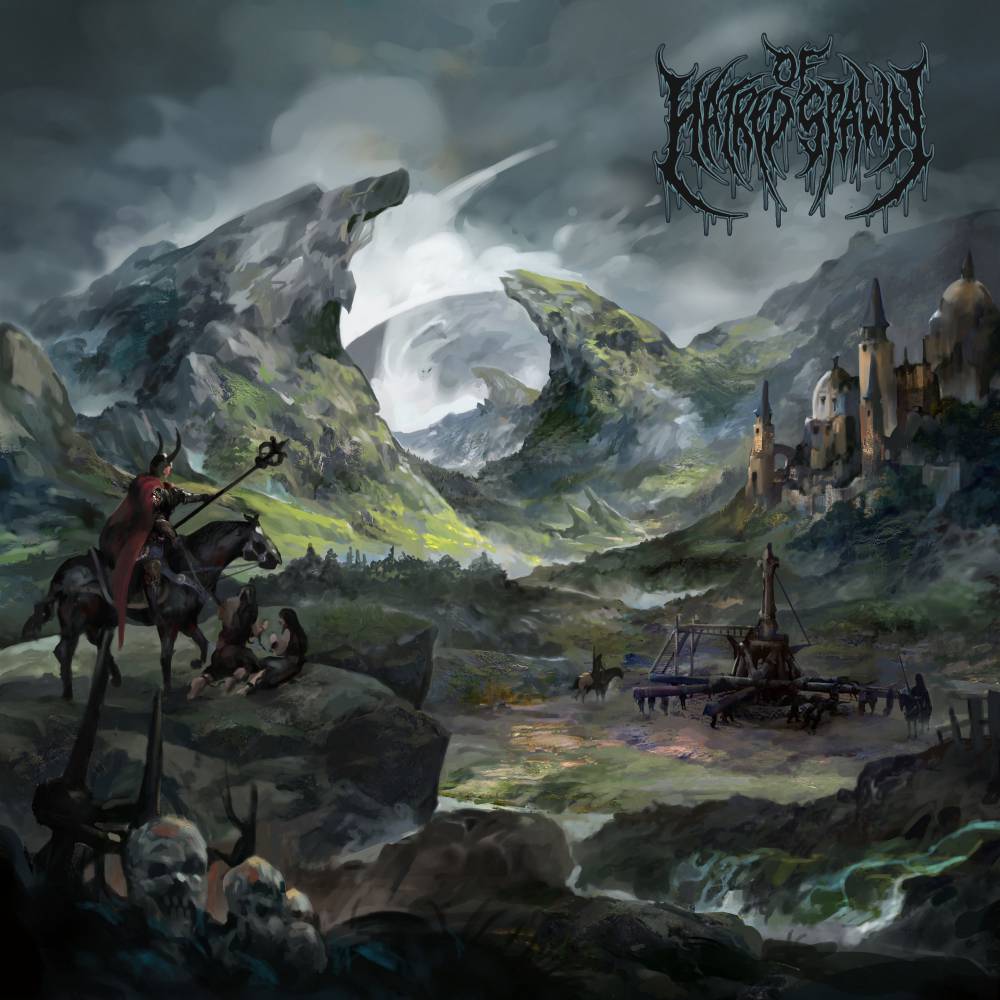 OF HATRED SPAWN – Of Hatred Spawn

These new Canadian death metallers may be described as melodeathsters on Encyclopedia Metallum but, despite drawing inspiration from some melodeath sounding groups, they are not nearly as melodic as to merit that designation. Formed in 2017 and promoted by Jon Asher from Asher Media Relations the band consists of Matt Collacott (vocals), Remy Tartaglia (guitars), Oscar Rangel (bass) and Jean-Jacques Tartaglia (drums). On their debut they present a fairly ordered material in the vein of All Shall Perish, Heaven Shall Burn and, especially, The Black Dahlia Murder, bands which have plenty of melody in their repertoire but, again, Of Hatred Spawn seems to be drawing from their more brutal elements.

Not that "Of Hatred Spawn" is devoid of melody or hooks. The favorite "Plaga" echoes Unearth’s very melodic "Oncoming Storm" and "Severed Limb Convulsion" recalls Carcass and Diecast’s excellent "Day Of Reckoning" (though that one would be metalcore), while "Nocturnal Swarm" mixes Testament’s "Into The Pit" with God Forbid’s "Gone Forever", all of which the best tracks on the record, and, mind you, that’s nearly half the album, if you don’t count the serviceable if unnecessary Dark Tranquillity-style intro.

As for the remainder, it only seems to show the debutante’s weaknesses in songwriting, particularly the Morbid Angel-esque "Nest of Vipers", riffs chasing each other rather haphazardly spawning various degrees of interest in the listener. And, perhaps, in part, because of the decent if boring Silver Wings Studios production, the band’s inability to consistently sustain the listener’s attention is their biggest weakness.

Of Hatred Spawn does not exactly knock off feet but neither is it a terrible effort. There are many signs throughout that show that with more hard work and consistency (since they are already in capable hands as far as promotion is concerned) these guys could go places.