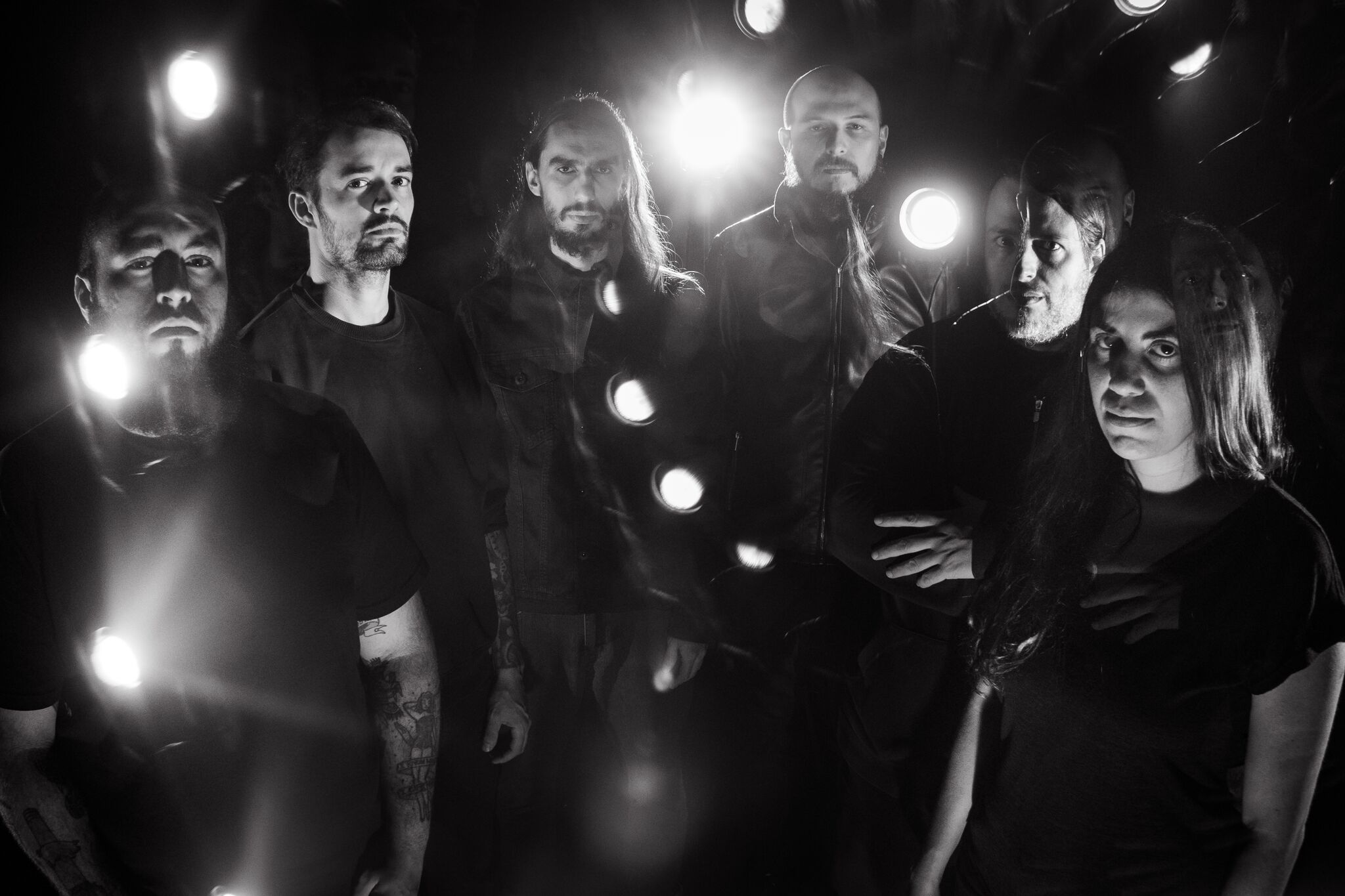 "Divino Aflante Spiritu"
Out February 8th 2019 via
Pelagic Recordings
Pre-Order link
http://bit.ly/labirintoEU
São Paulo’s LABIRINTO are not the spearheads of a vivid local scene, but to stay within the realms of post-rock metaphory, more of an isolated island within a vast ocean of nothingness. There is not much contemporary instrumental heavy music anywhere in South America. There are hardly any record labels and international bands seldomly make it over on tour. All the more surprising that this island of LABIRINTO has been releaseing records for 13 years already. "They have crafted an epic post-rock album in the truest sense of the word – six songs, 70 minutes running time, but none of it wasted“, Rock-A-Rolla wrote about their debut album „Anatema“, and Rolling Stone praised their live show as "one of the most powerful experiences in the Brazilian independent scene".
„Divino Afflante Spiritu“ is already the band’s 10th release, but only the 3rd full-length album. The band’s back catalogue is made up of a number of EPs and splits (with THISQUIETARMY among others), a detail which showcases the band’s strong roots in the DIY scene. Guitarist Erick Cruxen and drummer Muriel Curi, a long-married couple, have learned how take control of every aspect of the band’s universe themselves: from running their own record label to booking their own tours to running their own recording studio, the internationally renowned Dissenso Studios in São Paulo.
The band flew in Billy Anderson for the prodcution of previous album „Gehenna“.This time, Cult Of Luna’s Magnus Lindberg was hired, but the entire production happened via the internet, exemplary for this time we live in, without Magnus ever setting foot on Brazilian soil. „Since the pre-production phase, Muriel kept in touch with Magnus“, Cruxen comments. „We talked a lot to him about our plans and ideas for the tracking sessions. He did an online support video session during the recording sessions, and we were aligning ideas for technical decisions. He was monitoring the whole recording process, basically. At the end, we sent him the audio files and he mixed and mastered the album at his own Redmount Studios in Stockholm.“
The result is an album of dense and menacing atmospherics, textural drones carefully layered over and blended into the heavy guitar riffs’s shimmering, beautiful distortion-scapes – and for the first time ever, vocals make their debut on a LABIRINTO album, on opening track „Agnus Dei“. „We invited Elaine Campos, she’s been singing in Brazilian punk and crust bands for over 20 years“, comments Curi. „It’s a huge pleasure for us to have such a veteran from the punk scene, a feminist and anarchist, guest on the track.“
It’s clear from the first synth drones inaugurating the opening track that doom lurks on the horizon, that „Divino Afflante Spiritu“ is not going to be a soundtrack to a tropical paradise – it’s a dark, cold record. „This album has a great emotional weight, explains Cruxen. „It flourished during a very difficult phase in which we lost a very dear entity. It was a whirlwind of emotions that are materialized whenever we play the songs. This album, more than anything, represents for us loss and suffering, but also, passion and friendship.“