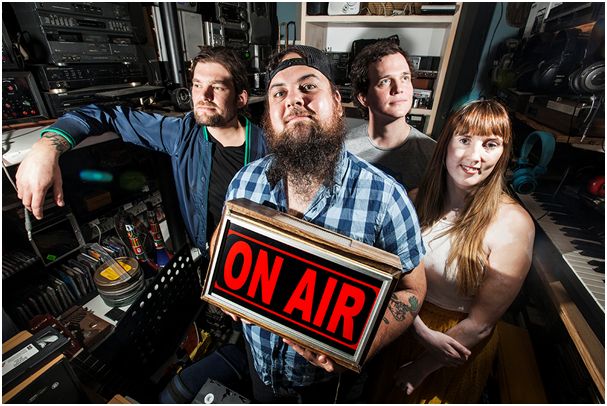 Can You Hear us at the Back is the second full-length album by Cape Town based folk punk collective The Shabs is set for release on the 1st March 2019. This comes off the back of a very successful year which saw them performing in 7 different countries around Southern Africa and Europe and appearing at various European festivals including Mighty Sounds and Earthquake Festival to name a few.

The album contains 12 tracks which the band has written over the last two years while touring within South Africa and abroad. The songs deal with topics ranging from existing as a DIY alternative band and how tough it is out there to more real issues that people deal with on a day-to-day basis such as depression and alcoholism. The album was recorded, mixed and mastered at Sound and Motion Studios in Cape Town by Simon Ratcliffe, one of the country’s top recording engineers.

Can You Hear Us at the Back is the first single and album title track from Cape Town based South African folk punk band The Shabs. The album is set for release on the 1st March 2019.

The video which was designed by double bassist Ryan McArthur and animated by Studio Bolland is a full on 90’s punk nostalgia flashback. “The lyrics in the video are made out of stickers of bands (mostly 90’s punk bands) that we loved, looked up to and imitated as teenagers. It’s our homage to the bands that ultimately set our lives on this path.” Said the band. Ryan McArthur goes on to explain the inspiration behind the track itself, “We wrote this song about the dichotomy of being in a band. On one hand it’s a job with a lot of struggles, uncertainties and rejection, which most people never see. But on the other hand, we get to do what we love, share our message and make our inner 16-year-olds proud.”

The album features a host of very special guest musicians including Richard Case on Electric Guitar and Pedal Steel, Lee Thompson on Trumpet and Flugel Horn, Matthew Willis on Trombone, Ann Donald on Viola, Luke Otto on Cello and Gareth Harvey on Clarinets.

The band will embark on a release tour early in 2019 covering South Africa, Europe, UK and Canada

The Shabs is a Folk Punk band from Cape Town South Africa. Having gigged extensively across South Africa and Europe for the past 4 years they deliver a tight, captivating set that blends sincere, melodic sing-along folk with the raw energy and DIY ethos of punk rock. Drawing influences from artists such as Frank Turner, Erik Petersen and Against Me! the band never ceases to get a crowd to throw their fists in the air and sing along to their anthemic tunes which have been described as honest, raw and easy to relate to. The band is made up of Jon Shaban on guitar and vocals, Ryan McArthur on double bass and backing vocals, as well as frequent collaborations with drummers and accordion players. Each musician brings their own flare and flavour to the music, adding to the uniqueness of their fresh ‘’High Quality Folk Punk" sound. Since the release of their debut album "Folk is Dead" in February 2016 they have toured relentlessly around South Africa (performing at festivals like Rocking The Daisies, Mieliepop, STRAB, Park Acoustics and FORR) as well as two very successful, 6-week European tours (UK, Germany, Austria, Switzerland, Czech Rep) where they were favourites at festivals like Mighty Sounds, No Borders No Nations and Ziva Ulice.