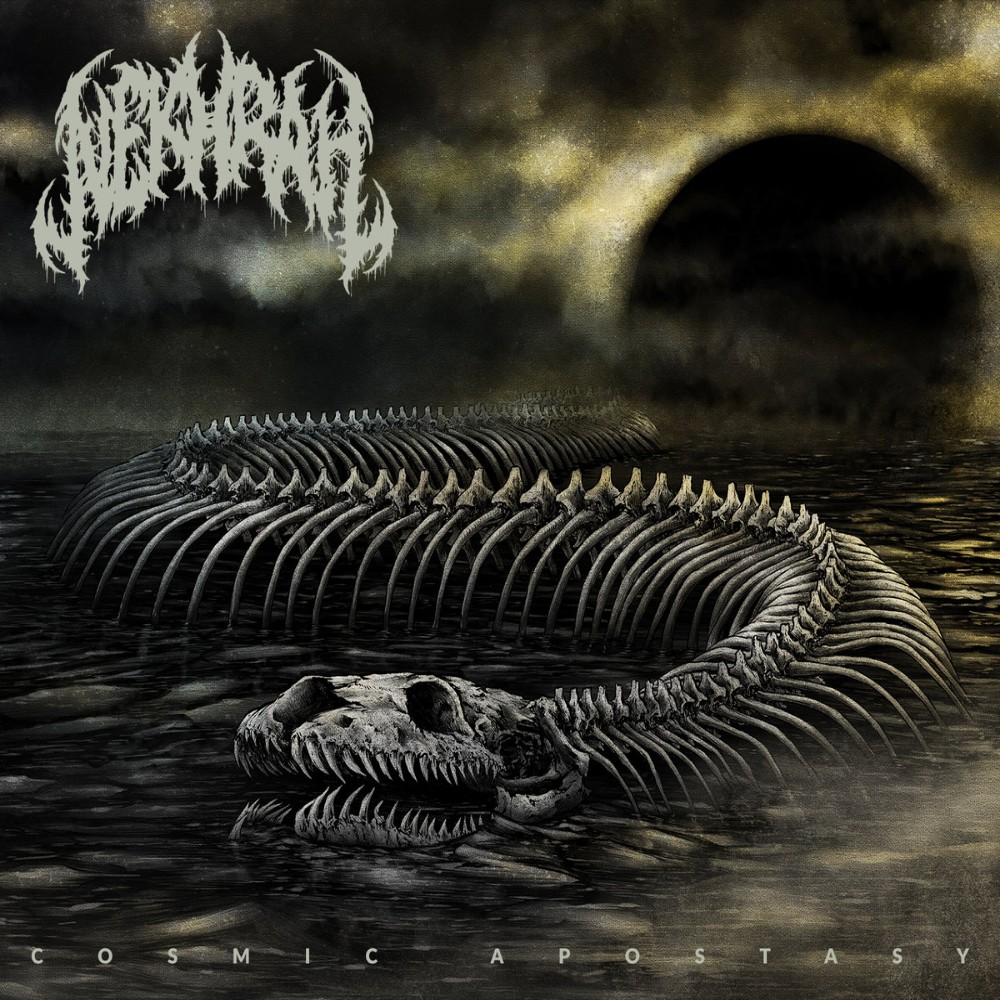 This "4-piece nihilistic, anti-carnal, anti-cosmic brutality from Cyprus" as vocalist A, guitarist C, bassist T and drummer M describe the death metal quartet, was first born in 2011 as Impalement, independently released a digital only three track demo "Let There Be Nothing" (2014) to change the name to Nekhrah a year later, although given their afiinity for extreme secrecy and obscurity regarding identities of its members, perhaps it should have been renamed N, instead.

Impalement’s only release was a pretty original slab of very well composed memorable death metal which vaguely recalled Lamb Of God’s "New American Gospel (especially vocally), Behemoth’s "Apostasy" and Byzantine’s "Fundamental Component", all three tracks recorded at different volumes. All three tracks (The Face Of Pain, Let There Be Nothing, Closed Casket Funeral) have been re-recorded for re-release on, this here, 8 track under 30 minute "Cosmic Apostasy". Is Nekhrah as good as Impalement or better on the remaining 5 tracks?

Nekhrah pulverizes Impalement, pure and simple. The three EP tracks are just as good as then but now they have been adorned with razor sharp production courtesy of the American West West Side Music studio. Trust me, you could shave with this album, Gilette eat your heart out. C’s (one!) guitar rips everything into shreds, pulverizes the shreds into fine dust and feeds it through orifices that were only meant to be exits, while T’s boomy bass recalls Yattering, so present and vital in every track, with M’s drums supporting the slow epic and majestic riffage only to flawlessly switch into old school tempos. A’s vocals are a more savage version of Randy Blythe circa 2000 and Nekhrah even incorporates a little of Lamb Of God’s "As The Palaces Burn" relentless savagery (title track) along with Krisiun, Melechesh and the aforementioned Behemoth "Apostasy". The best and favorite example is the spectacular "Nekhrotise" in which subtle melodicism a’la Kataklysm gives way to riff after riff so vicious crushing yet so freshly classic sounding that Slayer, Pantera Morbid Angel and Krisiun would all pay Nekhrah to use them as their own (especially at 1:20, 1:50 mark). All of the three EP tracks come close to this standard, the aforementioned title track even closer but nothing beats "Nekhrotise" on this disc. It is, quite simply, one of the best death metal songs I have ever heard.

Is there anything wrong with "Cosmic Apostasy"? It’s too short, for one. A couple of more tracks like "Nekhrotise" would really make this album stand out more. Furthermore, to answer the original question, three out of five new tracks are not quite as innovative as the aforementioned and the EP tracks. "Acheron" is rather a forgettable if not unnecessary simplistic instrumental while "Foredoomed" and "Acts Of Troth" mix Swedish old school death with blackened thrash in much the same way that comes across as formulaic.

Nekhrah truly came out of nowhere with their debut and left my jaw on the floor. These guys are hangry (hungry+angry) for death metal dominance and they already deserve it. The overall songwriting is evenly divided between both halves of the album and deserves a 4.75/6 score. However, the sheer brutality, audacity and fantastic production, along with fairly original output, especially for debutantees, rounds it up to 5/6. Check this out soon. And somebody sign these guys yesterday.