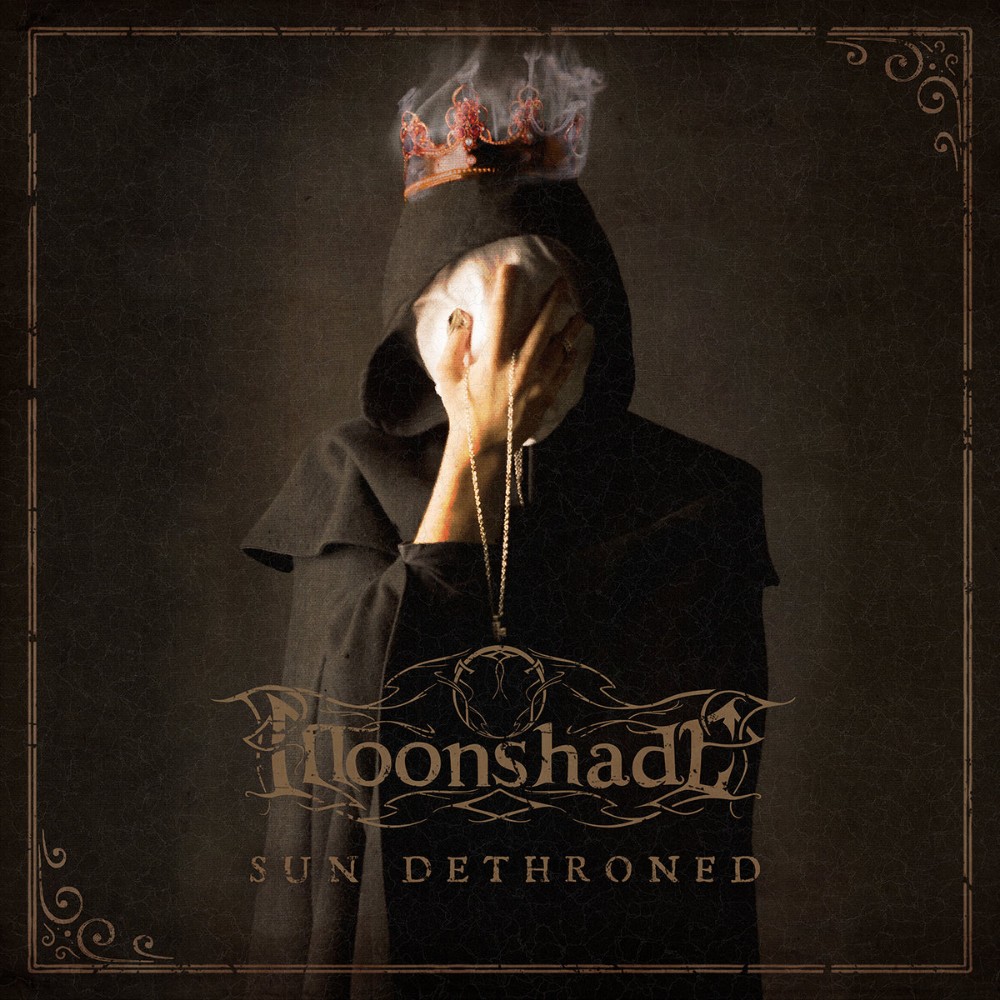 The Portuguese melodic death metal outfit was formed in 2010, and rightaway an EP "The Path Of Redemption" was recorded. After four years, another EP "Dream/Oblivion" signified the band preparing for a full length, this here, "Sun Dethroned", which they have recorded with vocalist/lyricist Ricardo Pereira, guitarists/backing vocalists Pedro Quelhas (also keyboards) and Daniel Laureano, drummer Sandro Rodrigues and bassist/keyboardist Nuno Barbosa. The album was mastered and mixed by Afonso Aguiar. Is Moonshade treading familiar melodeath waters or are they already forming their own style?

While Moonshade is hardly reinventing the melodeath wheel on Sun Dethroned, what they lack in originality they more than make up for with skills, execution and songwriting. There’s also a great lyrical concept behind the album: two opposing forces of good (Lenore) and evil (God Of Nothingness, depicted on the cover), which happen to be in love with each other and their romance is cut short with Lenore’s death, whereby her lover erupts in a whirlwind of wrath and madness which leads to his eventual downfall. In author’s Ricardo Pereira’s own words "Sun Dethroned functions as a parabola that highlights the need for balance while firmly stating the cost of its absence."

With such a sprawling epic concept comes beautiful, heavy, dynamic, varied and emotional soundtrack. Invited to this melodeath party are the usual suspects: Be’lakor (Pereira’s growls recalling George Cosmas’), In Mourning, Insomnium, Dark Tranquillity, Omnium Gatherum in more progressive moments and Opeth in more acoustic, ballad-ic moments. The material is pretty consistent throughout but two standouts are worthy of mentioning for going above and beyond the call of duty: "Lenore", with an acoustic intro and a slow wonderful chorus recalling Insomnium’s "Across The Dark" and the best track on the album and the most ambitious one, "A Dreamless Slumber" with more ebbs, flows and different melodies than you can shake a stick at. Everything, as aforementioned, is flawlessly executed.

The consistent nature of the material, though, proves to reveal its biggest flaw: the lack of surprises or even risks, which is evidenced and emphasized precisely by the aforementioned two standouts. Hence, "Sun Dethroned" is best consumed as a whole rather than as separate tracks. After all, it is a concept album.

Moonshade does not surprise with "Sun Dethroned" but still proves worthy of your attention. This is merely their debut and the level of craft on display is already high. Nor should we, then, expect them to spring right into their own territory on their first album. Slayer’s guitarist Kerry King essentially once said during an interview with Loudwire that on your first album you sound like your favorite bands, on your second you wear your influences on your riffs and on your third album you have your own style. This has proved true for so many bands that to list them all would defy both time and space allowed. Meanwhile, if you like the aforementioned usual suspects Moonshade emulates you might like them too